Cool Movies to Watch During the Heat of Summer

Check out these movies if you want to "cool" down this summer. 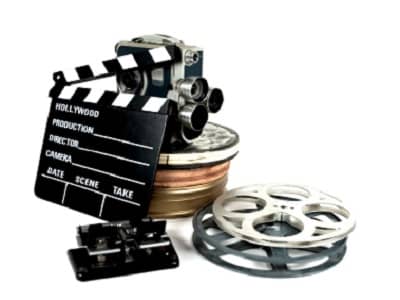 A really good movie will draw you in and make you feel like you are there a part of the action. Sometimes a film can give you a chill and for those upcoming hot days of summer, that can be a welcome relief. Consider viewing some these gems with the fan on high:

Starring John Cusack, David Odgen Stiers and Kim Darby, this zany comedy is about a depressed teenager who has just lost the girl of his dreams to the captain of the ski team. His only way of winning her back is the beat the brute at his own game. The cult classic is fun, fairly family-friendly, (for older teens) and is surrounded by snow for about a third of the movie.

The Chronicles of Narnia: The Lion, the Witch and the Wardrobe (2005)
Chill Factor: 70%

Put on your winter coat and join the Pevensie children as they enter a whole new world through the backend of a wardrobe of all things including Mr. Tumnus (James McAvoy), Father Christmas (James Cosmo) and the evil White Witch (Tilda Swinton). The Christian allegory tale based on the C.S. Lewis book of the same name takes place in the middle of a lot of snow and ice.

About half of this film takes place in Jamaica and the other in Calgary during the Winter Olympic Games. It is one of the best Olympics-themed movies that is based on a true story, although it is fluffed up a bit. John Candy is great as the unrealistic coach of Jamaican team of athletes who have never seen snow before. The film also stars Leon and Doug E. Doug.

I’ve actually been to Fargo and it’s not always covered in snow and ice despite what you see in this movie. When the scenes are not surrounded by ice, the storyline makes up for it with a chilling tale about man desperate for money that he is willing to fake a kidnapping of his wife so that her father will pay for the ransom. Probably should have let her in on the idea. Creepy and yet strangely entertaining, it stars William H. Macy, Frances McDormand and Steven Buscemi.

Perhaps you heard of this one? Disney’s mega-blockbuster about two Norwegian sisters, Anna and Elsa, who can create her own weather patterns and scaring local townsfolk. The animated comedy adventure is a delight for the whole family and features songs that you’ll won’t be able to get out of your head for a long time. Features the voice talents of Kristen Bell, Josh Gad and Idina Menzel.

You won’t want to mistake this one for the other “Frozen” that features happy snowmen. This one features three skiers who are stranded on a chair lift and are forced to make life or death decisions including whether or not to jump off the ski lift or stay where they are and freeze to death. Not ever seeing this film, I can’t say if this icy adventure is worth the watch.

I am not a fan of this movie as I am convinced that writer, Chris Columbus, must hate Christmas. Still, Gremlins has its share of fans and the wintery theme certainly fits the theme. The tale is about a young man who adopts a strange pet during the holidays and soon all hell breaks loose due to the fact that he forget to follow three rules regarding his new pet. It stars Zach Gallegan, Phoebe Cates and Hoyt Axton.

Based on the true story…just kidding…Happy Feet is an animated tale featuring the world of Emperor Penguins who find the soul mates by song. For Mumble (Voiced by Elijah Wood), that poses a problem as he can’t sing. However, he can dance. Silly penguin – who ever heard of a dancing penguin? Other celebrity voices include Robin Williams, Brittany Murphy, Hugh Jackman and Nicole Kidman.

The first and best of all of the Ice Age movies. Wooly mammoth Manfred (Ray Romano), Saber tooth tiger Diego (Denis Leary) and Sid the Sloth (John Leguizamo) set out to try to save a human infant while trying to keep their own lives safe as well. Best cool moment comes when the characters slide down an icy tunnel through the mountains.

This overhyped story has received a lot of press over the years but isn’t deserving of all its accolades. The story is slow-paced, the acting is poor and is watching a father freak out isn’t exactly uplifting. Still, there’s that refreshing scene of Jack Nicolson with an axe chasing his family through a hedge maze in the snow. It also stars the over-acting of Shelley Duvall and Danny Lloyd.

An oldie but goodie, Snowball Express stars Disney legend Dean Jones as a business man who has had it with the regular nine to five work life. He drags his family to the mountains to a ski resort that is little more of a fixer-upper than he was planning on. The film is full of snow and crazy high jinx and also stars Nancy Olson and Harry Morgan. Fun for the whole family.

Where else can you see Academy Award winner Cuba Gooding Jr., Nichelle “Uhura” Nicols and Michael Bolton in the same story? In Snow Dogs, a dentist from Miami inherits a pack of husky dogs. This fish-out-water story is silly and yet satisfying. It also stars James Coburn.

Bridging the gap between Episode 4 and Episode 6, The Empire Strikes Back begins with a really gross scene of Luke Skywalker being shoved into some white, wooly, smelly animal and ends with the freezing of Han Solo. Of course it stars Mark Hamill, Harrison Ford and Carrie Fisher.