Celebrities Who Got Their Start in the Church

These eight celebrities got their start singing in the church and their lives were changed because of it. 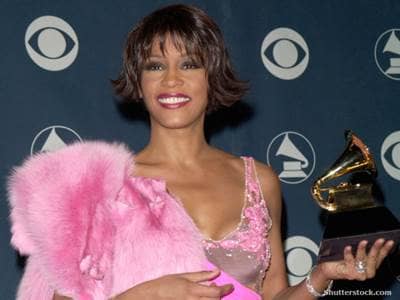 Some of the most popular artists in music got their start singing in the church choir before breaking into mainstream music. These eight celebrities are a few of them. They developed their passion for music singing in the church and their lives were changed because of it. Read more about their incredible starts here.

Whitney Houston: Recognized as one of the greatest singers of all time with her one-of-a kind voice, many of us couldn’t imagine where music would be without Whitney Houston. What many don’t know is that the R&B/Pop diva got her start in the church. Whitney got her first introduction to music through gospel, singing in her church choir. Throughout her musical career, she never shied away from speaking openly about her faith. She also released several Gospel albums, including the soundtrack for the 1996 film ‘The Preacher’s Wife’ in which she also starred in. This soundtrack is the best-selling gospel album of all time, selling an estimated 6 million copies worldwide.

Katy Perry: Before Katy Perry was recognized as a Pop sensation, she was known as Katy Hudson in the Christian music circuit. Her parents were both pastors. Given their deeply religious background, her first performances were at church. This is where she developed her strong love for music. She was later signed to Christian record label, Red Hill. Her first album released in 2001 was a self-titled, faith-based album before she reinvented herself into the Pop mogul we all know today.

Justin Timberlake: Most people think Justin Timberlake got his start as the member of ‘N Sync, and the Mickey Mouse Club, but before his young performing days, he was just a little boy with a lot of voice singing in the church. He was raised in a Baptist church, and got his start singing in the church choir. His father was the choir director of his church.

Brandy: What many don’t know about the R&B singer and actress is that she is the daughter of a pastor and discovered her love of music by singing in the choir of her family’s church. This love inspired her to start a career in music. God continues to be a major part of Brandy’s life. After spiraling into a state of depression, she found a renewed sense of faith in God through shifts she began to make not only in her physical, but also spiritual life. Isn’t God good?

Carrie Underwood: Before Carrie Underwood got her major break after winning American Idol, she was singing in her church choir in rural Oklahoma. This is where the singer’s inspiring faith story began. Unlike many artists that transition into secular music, Carrie’s faith remained intact and it shines throughout her music. No matter what situations she’s confronted, she always makes sure to keep Christ at the center, not only in her personal life, but also in her professional life. In 2014, she stunned many with her Christ-themed song, ‘Something in the Water’ about the power of being baptized. If you haven’t heard it before, listen to it now! It will give you chills.

Usher: Usher Raymond began singing at a very young age and joined his church choir when he was only six years old. At the time, the choir was led by his mother, Jonetta Patton. His mother knew at an early age that Usher needed to more actively pursue a career in music. While Usher’s music today is mostly associated with R&B and Pop, his musical roots are in the church. In his 2008 album 'Here I Stand', Usher was candid about being transformed through his relationship with Christ and how thankful he was because of it, saying: To my Lord and Savior, you have revealed to me where I need to be and what I should be doing. Thank you for my life, my experiences, my struggles, and your grace and guidance to overcome the obstacles.

Kristen Chenoweth: Most recognize Kristen for her for small stature and larger than life voice, but what many don’t know is that the singer got her start in the church. Kristen had a passion for music, particularly gospel and started training her voice by practicing vocals in her local church choir.

Britney Spears: The pop princess developed her musical talent in the church. She knew she wanted to become a singer at a very early age. Given this, she performed everywhere she could, including the Baptist church she went to. The musical world has never been the same since.