Happy Birthday, Dolly Parton. You’ve continue to amaze us through the years by making us laugh, sing, and also pause for thought. 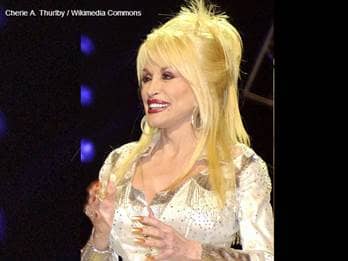 Happy Birthday, Dolly Parton. You’ve continue to amaze us through the years by making us laugh, sing, and also pause for thought. Humility is something Parton wears like her dazzling dresses, and it’s no wonder why we love Dolly.

Dealing with a big ego is not an issue. Parton continues to inspire through the decades, through philanthropy work (fighting childhood illiteracy), and also sharing a wise crack or two! The singer and actress come from a strong religious background, and her Christian faith has been a backbone to a successful career.

“I grew up in a very religious background. I trust God, I love God, and I love the thoughts of it. Even if there was no God, I'd prefer to believe it, because I prefer to believe in something greater than we are. It takes all of the pressure off of you. You don't have a bunch of ego problems,” she said in 2003.

Let’s review more of the spitfire’s thoughts over the years and her wit.

On Being Perfect: She shared that she is not perfect, and celebrates her failures in order to learn. One of the secrets is how you approach a problem, including changing the perspective. “Put arms, legs and wings on your dreams. Learn who you are, know who you are and what you are willing to sacrifice.” Life direction: “If you don’t like the road you’re walking, start paving another.”

Accepting all people: “It's a place for entertainment, a place for all families, period. It's for all that. But as far as the Christians, if people want to pass judgment, they're already sinning. The sin of judging is just as bad as any other sin they might say somebody else is committing. I try to love everybody,” she told Billboard.

On getting older: “I don't know what the big deal is about old age. Old people who shine from the inside look 10 to 20 years younger.” Blond jokes: “I’m not offended by blond jokes,” she said. “Because I know I’m not dumb, and I also know I’m not blond.”

Keep going: I want to go and go, and then drop dead in the middle of something I'm loving to do. And if that doesn't happen, if I wind up sitting in a wheelchair, at least I'll have my high heels on.”

Make your own way: “You gotta keep trying to find your niche and trying to fit into whatever slot that's left for you or to make one of your own.”

Being inspired: “When I'm inspired, I get excited because I can't wait to see what I'll come up with next.”

Plastic surgery: “If I see something sagging, bagging or dragging I'll get it nipped, tucked or sucked.”

Productivity: “I think I became more productive through not having children. I never really had the desire to have them. My husband didn't want them either, so it worked out well.”

Take off the limits: “I'm not going to limit myself just because people won't accept the fact that I can do something else.”