4 Spiritual Truths Found in ‘Once Upon a Time’

Here are four spiritual insights we can draw from ABC's fairy-tale drama, Once Upon a Time 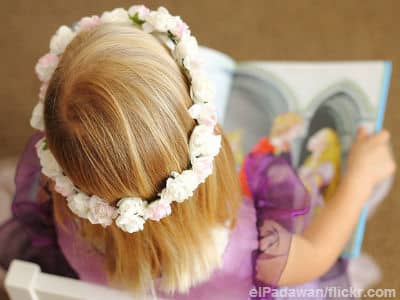 ABC’s Once Upon a Time TV series is not the highest rated, but it has a strong fan base. Why do followers of the show continue to come back to Storybrooke week after week? Well, it might be because of a fondness of fairy tale stories, the incredible sets and costumes or maybe the star power of Ginnifer Goodwin, Jennifer Morrison, Lana Parilla, Josh Dallas, Robert Carlyle and others. But probably it has more to do with the story writing of Edward Kitsis and Adam Horowitz, who also worked their magic for the series Lost in what seems like many years ago.

Kitsis and Horowitz have never been the type to just settle on a story without a deep commitment for character development. Just like Lost, Once characters all have backstories that tend to haunt them throughout the series. It is this attention to character development that makes the show a little more believable in a world of make-believe.

In addition, in every episode of Once, the characters tend to struggle with moral truths, (just like their audience does in real life) and each episode focuses on a message of hope. Whether intentional or not, here are some spiritual insights we can draw from the program:

Have the Faith of a Child
“Assuredly, I say to you, whoever does not receive the kingdom of God as a little child will by no means enter it." - Luke 18:17 (NKJV)

The basic premise of Once Upon a Time is that fairytale characters are transported from their home in the Enchanted Forest to the modern small town of Storybrooke because of a course brought on them by the Evil Queen. If Regina can’t have her “happy ending” then nobody else can either. Her stepson, Henry, is a given a story book full of fairytales at the beginning of the series and by himself, realizes that all of the characters in the book are actual residents in his home town. Time and time again, Henry is the voice of reason, but most of the people in his life choose to ignore his insights because they seem too far-fetched to be true.  As Christians, we are instructed to be wise as serpents, but we also need to have faith like a child. Children tend to believe what they are told, but as adults, we are oh so skeptical.

The Book has all the Answers
“For the word of God is alive and active. Sharper than any double-edged sword, it penetrates even to dividing soul and spirit, joints and marrow; it judges the thoughts and attitudes of the heart.” – Hebrews 4:12 (NIV)

Henry bases all of his beliefs on what he has read in his story book. In a way, it is an illustration on how we are supposed to treat the Bible. Yes, the book in Once is a book about fictional stories, but in the series, the stories are real; although Henry has a hard time convincing others of this fact. In “our world” the Bible holds all of the answers for our lives. We just need to read it to find them. However, just like in Once, not every story or meaning is clear. There is a growing trend today of Christians wanting to dismiss certain parts of the Bible as not true or treat them like as an allegory for truth. Stories that many struggle with include Adam & Eve, Noah and the flood, David and Goliath, etc. This is where having faith like a child comes in. Just because something doesn’t make sense in our eyes doesn’t mean that it is not true.

Magic Always Comes with a Price
“For the wages of sin is death, but the gift of God is eternal life in Christ Jesus our Lord.” – Romans 6:23 (NIV)

The phrase, “magic always comes with a price” is repeated frequently in Once whenever a character is looking for a shortcut to fix their troubles. When a magic spell is cast in the show, the character receives the immediate gratification of what they wanted, but soon will have to pay the price for that convenience, and they usually do not know what that price will be. Almost always, the better solution is for the characters to wait the situation out, but these Storybrooke folks are a stubborn bunch. In our own world, many Christians have chosen the easy way out of a situation rather than sticking it through. Many marriages have been broken up because one or both spouses were no longer “happy,” choosing to believe that God is more in favor of making us happy than helping us get through the hard times. Some have chosen to steal when money got tight, to drink when stress became too tough or told someone off when it would have been better (and more difficult) to off grace. God is always willing to forgive us of our sins, but we still have to “pay the price” of the consequences of our actions.

One of the best things about Once is that no character is perfect. Even “white as snow” Snow White struggles with dark thoughts and actions from time to time. The Evil Queen, Rumplestiltskin, Captain Hook and others are initially seen as vile villains, but as the show goes on, many have been able to turn away from their evil ways and have been forgiven by others in the town. We are talking about horrendous crimes, and yet, redemption and grace is frequently offered to them. For whatever reason, Rumplestiltskin tends to go back and forth on a cycle of doing evil, repenting, doing good and then resorting to evil again. It’s much like our own human condition. However, no matter how bad we are, God continually extends his hand out to us and we should do the same for others.

To read more from Jeffrey Totey, visit his column Peanuts and Popcorn.