6 Things Fortnite Can Teach Us About Christianity

Each challenge you experience can bring you closer to God if you’ll let it.

Are you one of the millions playing Fortnite? Are you new to the world or are is your XP stacked? The survival themed game actually is ingrained with deep lessons you may have missed. Don’t believe us? Let’s dive in and take a deeper look at the last man-standing arena.

The game is popular because its touches on the aspects that make up an individual. It’s basically like The Sims game but a different vibe. By understanding this approach and application, whether it’s intentional or not, Fortnite players can learn about creation.

Experience is the Best Teacher

XPs display to everyone how seasoned you really are. Without knowing who you are, other players can identify your experience and recognize how well you play the game. Christians want the same thing – they live for Christ but want to live well. Life has its ups and downs. No matter how hard you try, you’ll never be able to make things unfold exactly as you’d like.

In Fortnite, you never know who may be lurking in the background. So, you prepare and continue to learn from the mishaps. Ultimately, the only way to get better at survival is through experience. You need to keep trying over and over again. Those precious experience points translate into a Christian outlook. A Christian doesn’t want to just do the bare minimum to survive. That individual wants to do everything in their power to live out a fulfilled life – which means surviving as long as they can. Essentially, everyone learns from their mistakes and continues to grow.

We’re All Better Together

You don’t have to be a history buff to know that alliances are the key to advancement. Your Fortnite squad serves as an additional pair of eyes. You know that saying, “I have eyes in the back of my head?” This is pretty much the same thing. Your squad tells you what’s going on and pitches in when you’re in trouble.

Christians operate the same way. They look have each other’s back and work better as a group. At church, Christians come together to appreciate God’s goodness – together, their faith, is stronger and more powerful.

All humans are created to be social creatures and designed to rely on cooperation in order to survive and thrive. No one can do it alone, and Fortnite empowers us to understand that important concept. Trusted friends are the key to survival. Without a squad, you’re running solo and the odds of survival are smaller.

In Deuteronomy 10:14, creation is discussed. The idea that everything was made into existence and given life by God is the idea. In Fortnite, players are challenged with creating an entire world from nothing – just like God’s plan. God spoke the earth and heavens into existence from nothing.

As you construct your world, in Fortnite, you’re developing a place where others will hopefully come to join your alliance and find salvation. Like earth, there will be enemies and you will not always know where they’re coming from. Ultimately, you genuinely care about your community because that’s human nature. If you didn’t, you wouldn’t take the time to create an alternate space on Fortnite and you wouldn’t be bothered by appeasing other players in the game.

In the end, the overall goal is survival and without creation survival is nonexistent. Fortnite is teaching players to create with care and consider how your space affects others – for good and bad.

Obviously the more Fortnite you play, the more rewards you will unlock. Even though Christians aren’t emotes, outfits, or back bling they help us every day. There are several variations of rewards.

The first reward is less heartache. If someone lives for God, the rules are already set up. Difficult elements like lust can create pain and heartache. However, abiding by the rules God has laid out will alleviate most of the stress.

Which leads us to the second reward, less regrets. Living for God helps people make good decisions and carry out a life in the right direction. As odd as it may seem, Fortnite instills this same vocation. If you work to build a community and align with an optimistic mentality, your game will continue. It’s seriously that simple.

One of the biggest themes, in the Bible, is judgment. No one is better than anyone else. The only person who has the right to caste judgment is God.

Fortnite teaches players this same common mentality. The only person that has the power to judge is the game. Think about, the game is produced to award points based on your success and survival. Yes, developers create the game; however, the game is really running the show.

No one in your squad (or any other squad, for that matter) has the right/power to judge you. Your XPs are earned and so is your overall reputation. In order to maintain your Fortnite community, you must show up for your people and avoid waging war. The playing field is essentially even because anyone can play and there isn’t a status quo that you must meet. Everyone is included. It’s basically like church.

Hear me out. A church doesn’t require any entry points or skew towards a certain type of person. Jesus tore down those obstacles because he wanted everyone to be part of His mission. See the commonality?

Fortnite teaches us that there is a clear mission – survival. The idea that we’re living out a “one for all and all for one” ideal is sacred. In the game, each person contributes to the whole. When there’s trouble every single person, in the squad, contributes to survival.

The game is preparing players for the inevitable real-life struggles and the tactics everyone needs to equip themselves with. Everyone’s goal is to live a fulfilled life, surrounded by the people that matter. Showing up for each other is how that goal is attained.

The interactive experience a player receives from participating in Fortnite is not really an in-home solo event – despite what others may believe. Fortnite can be a tool to teach players about the creation, and how we can accentuate our social aspects (and skills). At its core, every ministry is about the people behind it and the community that’s created from ordinary human beings – contractors, rushers, campers, shopaholics, and newbies.

Angela Guzman is a Writer at Large and a Huffington Post contributor. 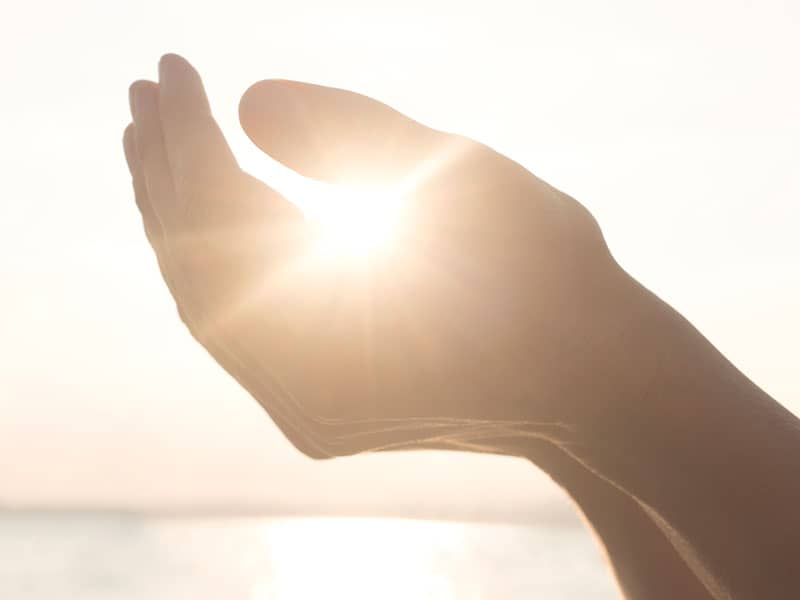 6 Unique Ways Jesus Speaks to You