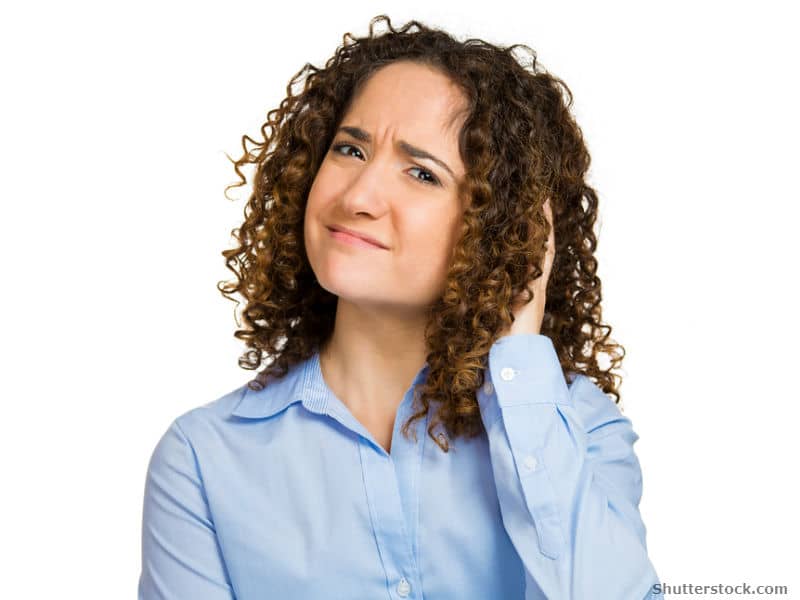 As much as people today love to think that they are perfectly logical, they are still a very superstitious bunch. People may not panic at the sight of a black cat anymore, but spend some time around any sports fan and it will be clear that superstition is alive and well in the modern world. Sports spectators’ superstitions may be somewhat normal, such as having a lucky hat, or downright bizarre, such as knowing that their team will lose the game if they do not eat a potato at halftime. Sports players and performers are arguably even worse. Try to get a pitcher out on the field without their special socks or a musician to play when they are using the cursed music stand. Bathing an angry cat is often easier.
People tend to cling to superstitions in spite of themselves. They know that those ancient blue socks do not actually make them run faster or that eating a potato will not improve the performance of a team hundreds of miles away, but the actions are largely harmless and are often backed up by either a sense that it cannot hurt to follow the superstition or a number of eerie coincidences that seemed to confirm the superstition was true. What if, however, those coincidences were not coincidences at all but proof the superstition was true? It may seem mad, but there are a lot of old wives’ tales and superstitions that science has upheld. Here are six old wives’ tales that are actually true.

“Putting a hot spoon on a mosquito bite will make it stop itching.” 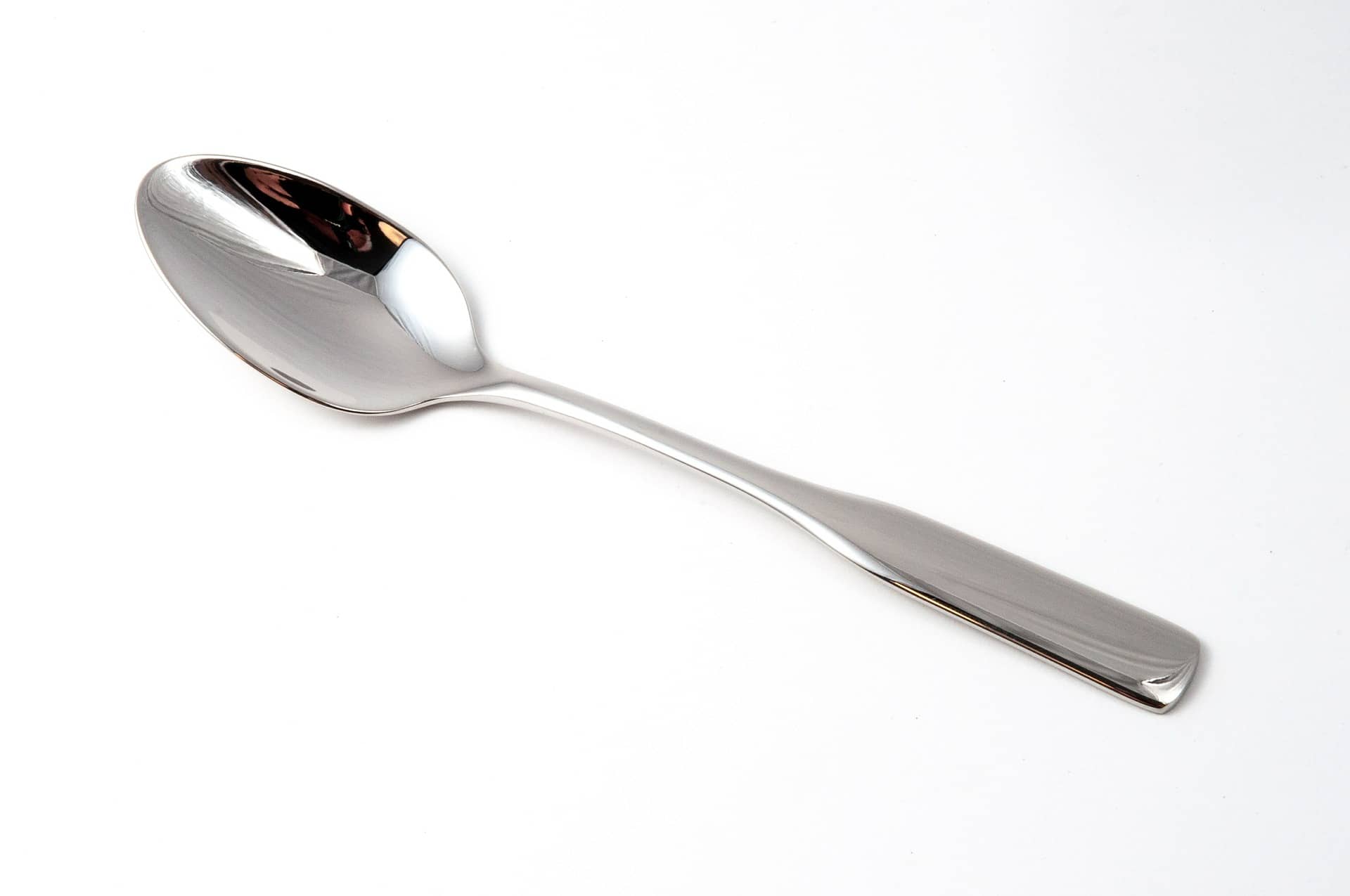 “Putting a hot spoon on a mosquito bite will make it stop itching.”

Mosquitos have been the bane of mankind’s existence since before humans walked upright.  The nasty little six-legged fiends are tricky to catch and kill, carry hundreds of deadly diseases, breed more than rats and are absolutely everywhere. To add insult to injury, their bites also itch like nothing else. More than one person has scratched their legs raw as they clawed at a mosquito bite. Old folklore, however, has a bizarre remedy for that maddening itch that actually works. Simply soak a metal spoon in hot water and then hold the heated metal against the bite. Give it a few minutes and the itching will stop.
Most people would be happy to try this even if it only worked because of the placebo effect, but science actually shows that the heat from the spoon really can stop the itching. The itching of a mosquito bite is caused by the proteins the bug injects into its victim to keep the blood from clotting while the insect feeds. The heat of the spoon breaks down those proteins and stops the itch. 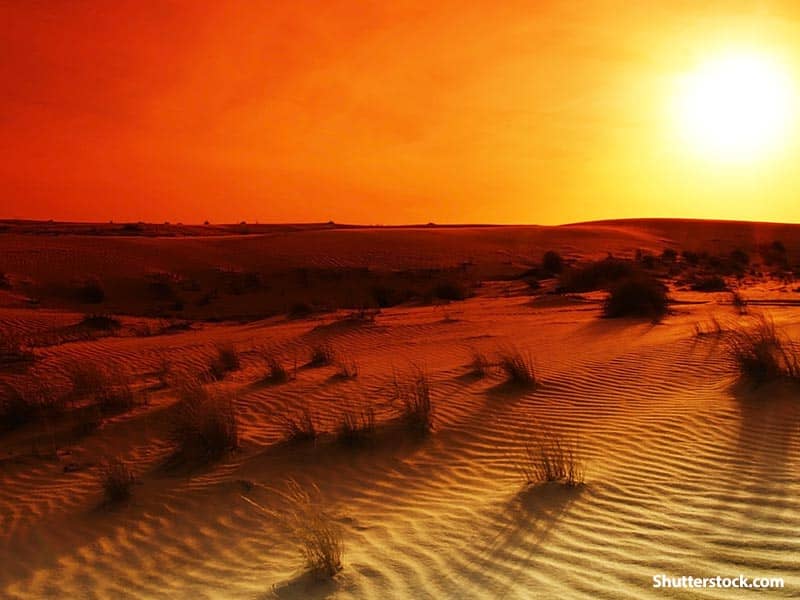 “Red in the morning, sailors’ warning. Red at night, sailors’ delight.” This old rhyme is one of the best known pieces of folklore in the English speaking world. Even people who have no idea what the sing-song chant means could probably finish the phrase if they were given the first couple words. The old rhyme implies that a red sunrise indicates a storm is on the way, and a red sunset signifies good weather the next day. Meteorologists have found that this old wives’ tale actually works as a reasonable predictor of the weather, provided that systems generally move from west to east. Red sunrises and sunsets are caused by sunlight reflecting off and flittering though dust particles in the air. The more dust there is in the air, the redder the sunrise or sunset. The amount of dust in the air increases around the low pressure systems that tend to spawn storms. A red sunrise, then, meant that there was likely to be a storm that day. A red sunset, however, suggested that the storm would pass by overnight. The warning works less well given the amount of air pollution today and would need to be reversed where weather generally travels from east to west, but the old rhyme is reasonably accurate.

“Women who eat bananas will conceive a son.” 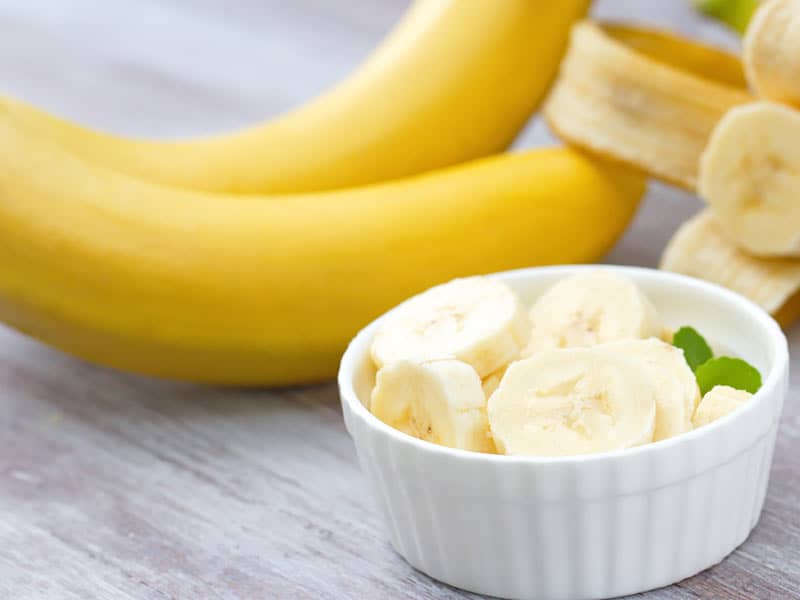 “Women who eat bananas will conceive a son.”

There are few areas that have more old wives’ tales and superstitions associated with them than conception and childbirth. Much of this old folklore has been forgotten as medical science and a better understanding of pregnancy and human anatomy replaced old wives’ tales and folk remedies. Superstitions about how to determine or influence the gender of a baby, however, remain popular. This is likely because there is so little that parents can do about determining the gender of their infant without resorting to advanced and expensive medical science of questionable morality. The sex of the baby is also one of the biggest surprises and points of excitement in a pregnancy. As such, friends and family members alike to try and guess what gender the baby will be when it is born.
For parents who want a baby boy, the mother needs to eat lots of bananas before she and her husband try to conceive a child. The old folktale likely has something to do with the phallic shape of bananas, but science suggests it is the potassium in the fruit that influences the gender of the baby. High levels of potassium have been linked with an increased likelihood of conceiving a son, and bananas are bursting with potassium.

“Having heartburn while pregnant means a hairy baby.” 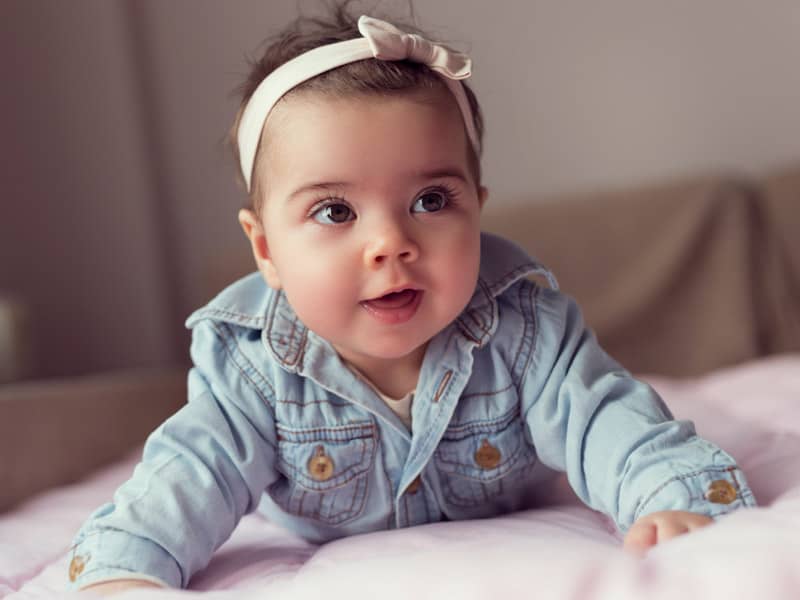 “Having heartburn while pregnant means a hairy baby.”

Pregnancy is a time when a woman’s body is performing one of the greatest miracles of all, the creation of life. That does not mean, however, that the mother-to-be always finds the process to be terribly dignified. Swollen ankles, aching backs and morning sickness show that miracles can take a lot of work. Those unpleasant symptoms, however, were used to determine the health of the baby before ultrasounds were invented. Many of those old wives’ tales have since been proven false, but there are a few superstitions that have the backing of science. Among those is the old idea that heartburn indicates a woman will have a hairy baby. Science dug into this bizarrely accurate old superstition and found that there is a good reason it is consistently true. The same hormone that creates heartburn in a pregnant woman also controls fetal hair growth.

“Carrots are good for your eyesight.” 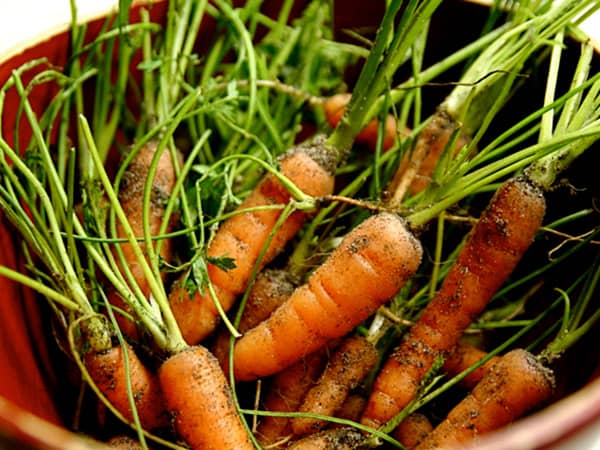 “Carrots are good for your eyesight.”

Just about every child heard from a parent or grandparent that they should eat their carrots because the little orange veggies were good for their eyes. Although parents will tell their children almost anything to get them to eat their vegetables, carrots actually are good for a person’s eyes and eyesight. Carrots are very high in vitamin A which is crucial to good eye health. Vitamin A deficiencies can lead to a wide variety of eye problems which can lead to damaged blood vessels in the retina and even cause the cornea to begin to recede from the eye.
Although carrots are good for your eyes, they are far from the only vegetable about which that is true. The reason carrots are signaled out as being the number one vegetable for eyesight actually dates back to World War II anti-German propaganda. During the 1940 Blitzkrieg, the German Luftwaffe often struck at night. The invention of improved radar technology allowed the Royal Air Force to repel the Germans, but the Allies were eager to keep the new technology under wraps. As such, the explanation for the sudden increase in ability of night-flying pilots was claimed to have been caused by pilots eating excessive amounts of carrots. The propaganda may or may not have worked on the Germans, though there were reports of German pilots suddenly increasing their carrot intake, but the idea that carrots improve eyesight stuck in the collective mind.

“Use peanut butter to get gum out of your hair.” 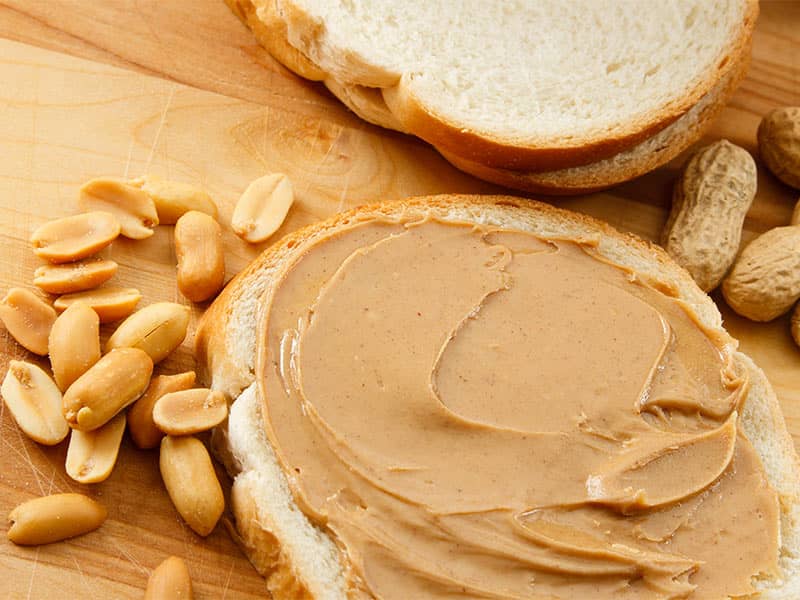 “Use peanut butter to get gum out of your hair.”

Anyone who had long hair as a child likely got gum stuck in it at least once, and most people who had younger siblings probably went crying to their parents with a wad of chewed-up nastiness stuck to their heads at some point. The response from most parents was either a sad sigh and a reach for the scissors or the inexplicable application of a spoonful of peanut butter to the wad of hair and gum. It seems counterintuitive, but adding peanut butter to the matted mess of gum and hair will actually dissolve the gum. Both gum and peanut butter are hydrophobic substances. They cannot be broken down with water. It is possible, however, to break down one hydrophobic substance by combining it with another hydrophobic substance. This is exactly what happens when a person dumps peanut butter on gum that has gotten tangled in someone’s hair. The gum breaks down, the stickiness fades and the person can escape without needing to hack off a chunk of hair. 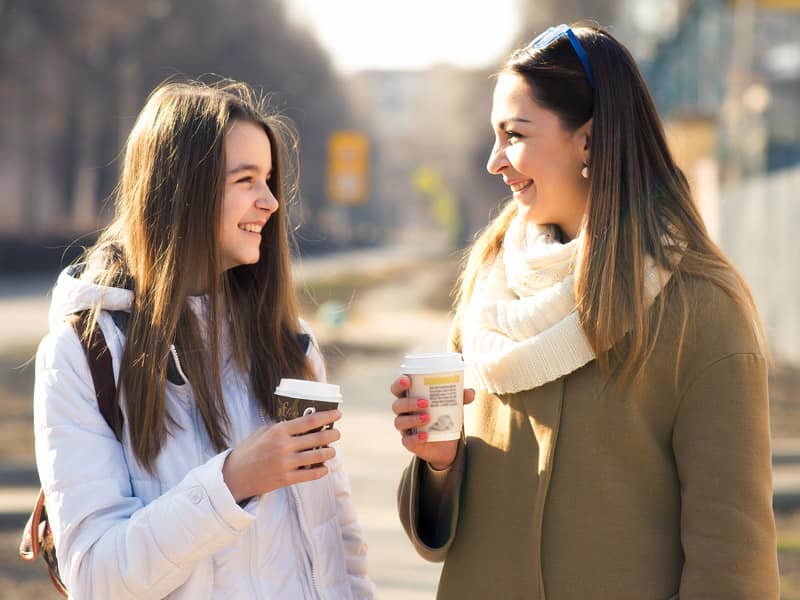 shutterstock.com
Old wives’ tales are often dismissed by people who want to focus on teaching their children logic and reason, but superstitions tend to stick around when there is a grain of truth to them. As such, parents could explain about how hydrophobic substances interact or the importance of the vitamin A found in beta-carotene in carrots, or they could pass on the old advice of using peanut butter to remove gum or tell their children that carrots are good for their eyesight. The reasoning will be important when they get older, but stories and rhymes are easier to remember when children are younger. Those bits of advice will stick with them better than dry facts. So, forget being carefully logical and pass on those family folk remedies and old wives’ tales. If people still remember them, they probably contain more truth than expected.

Beliefnet offers commentary and interviews with movie stars, family-friendly movies, faith movies, documentaries, movie reviews from Idol Chatter, Movie Mom, and movie trailers. Read next feature >
Stephanie Hertzenberg is a writer and editor at Beliefnet. She is a graduate of the College of William and Mary where she majored in Religious Studies and minored in Creative Writing. She maintains an avid interest in health, history and science.