Some people love to try and shock their audience. Singers pack their songs with as many curse words as they can manage. Movies try to get the audience to scream, and books want to make their readers cringe. Shock can be a valuable part of entertainment when it comes from an unexpected twist. The unexpected death of a main character or the sudden reveal that one of the detectives was the murderer all along can take a story to new heights. Unfortunately, rather than choose a narrative shock, many authors and directors choose to use sex, violence or a mix of the two to shock their audience.
A bloody battle or a single love scene is not necessarily reason for a Christian to walk out of a theater or put down a book. The Old Testament, after all, is filled with battles, and the Song of Solomon is pretty darn steamy. There is a difference, however, between the portrayal of violence or sex that is necessary to the plot and the sort of blood-and-guts gore-fest that has become so central to horror movies. Christians know that sex is a gift, not a show. They are also aware that they are called to love their fellow man. Neither of these is particularly compatible with the gratuitous sex and violence common to slasher flicks and aptly named “torture porn” movies such as “Hostel.” There is plenty of entertainment for Christians to enjoy without watching or reading about excessive sex, the violence the human body is capable of surviving or, worst of all, the intersection between the two.

Some secular films and books have very strong Christian themes. “Harry Potter,” for instance, is nearly as Christian as “The Chronicles of Narnia." That said, there are also plenty of pieces of secular entertainment that seem to go out of their way to be unchristian. These works are things that Christians should probably avoid. Films where the only religious characters are evil zealots can be replaced by more Christian-friendly movies of the same genre. Books that make it a point to belittle belief in God can be traded out for similar books that avoid sneering at their reader’s faith. Music that is filled with blasphemy can be ignored in favor of songs with more Christian lyrics. Secular entertainment is prolific enough that Christians do not have to put up with open mockery.
Avoiding anti-Christian bias is not limited to not listening to music that mocks Christ. Christians should also be aware of what the artist, author or producers support. There is no reason for Christians to buy products from creatives who donate to anti-Christian causes or openly practice lifestyles or values that are incompatible with Christianity.

It should be pretty obvious, but Christians do not need to be supporting or viewing entertainment that romanticizes or idealizes satanic ideas. The appearance of the Devil or demons in a work is not necessarily enough to disqualify it from Christian must-watch lists, but Christians should take care to pay attention to how the demonic is treated in the work. Works that romanticize the demonic or satanic ideals are not something that any Christian needs to be listening to, reading or watching. Creative works that show the battle between good and evil or the dangers of the demonic are one thing. “The Exorcist,” for example, is all about the effects of the demonic, but it in no way romanticizes those effects. Books and films that insist on showing deals with the Devil as acceptable or as the only way to defeat another demon can be scratched off a Christian’s list and replaced with something more appropriate.

There are plenty of examples of Christianity in the arts, both ancient and modern. As such, there is no reason for Christians to support works that tout messages that are against what Christians believe. For example, the 2017 movie “Call Me by Your Name” depicts the homosexual relationship between an adult man and an underage teenage as “a sensual and transcendent tale of first love,” rather than statutory rape or ephebophilia. This is not the sort of message any Christian would find acceptable. Similarly, the somewhat controversial movie “50 Shades of Grey” and the young adult film series “Twilight,” both romanticize and normalize abusive relationships. Again, this is not something that Christians need to be absorbing. There are plenty of equally entertaining books and films that have messages and themes Christians would find agreeable that can replace entertainment that touts unchristian or plain unhealthy messages.
Shutterstock.com

Most Christians enjoy secular entertainment, but they are also aware that there are things that they should avoid. Some are obvious, such as gratuitous sex and violence, while others are problems that Christians may not consider, such as the habits of the artist the Christian’s money is supporting. It may seem like a lot for a Christian to think about before deciding if they are going to see a movie, and occasionally a Christian may be tricked by a book’s synopsis or an artist’s otherwise sterling reputation. Try to avoid issues in secular entertainment when possible, but understand that everyone makes mistakes. When a Christian goes to see a movie that was not what they thought it was or buys an album that they later find unpalatable, they should set it aside and forgive themselves. They tried, but they made a mistake. This is normal. This is human. After all, if good intentions meant that people could always get it right, Christ would not have needed to come in the first place, would He? 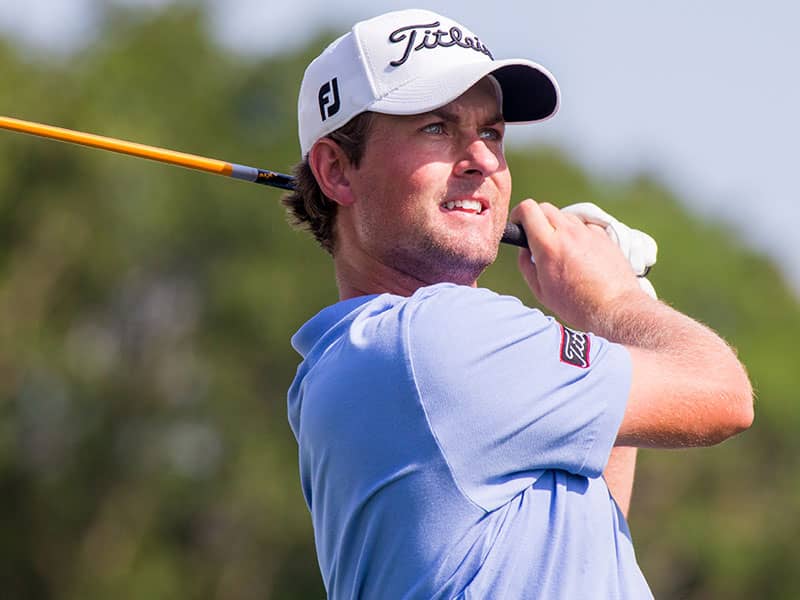 5 Christian Golfers Playing at the Masters
They celebrate God on and off the course. Read next feature >
Stephanie Hertzenberg is a former writer and editor at Beliefnet. She is a graduate of the College of William and Mary where she majored in Religious Studies and minored in Creative Writing. She maintains an avid interest in health, history and science.