Go for the gold with these classic and inspiring Olympic movies!

This interfaith Olympic film is fondly remembered by nearly everyone who has seen it, from it’s uplifting plotline to the heroic theme.  The movie follows a Christian and a Jewish runner who are competing in the 1924 Summer Olympics.  The two men have an interesting and competitive relationship, and the movie does an interesting job of exploring their faith along with their running.  If you haven’t seen it yet, then what are you waiting for?

One Day In September

Unlike the others on this list, this film is a documentary that takes a factual look at the kidnapping and killing of 11 Israeli athletes prior to the 1972 Summer Olympics.  It is a well researched, sensitive, and engaging, making it a worthwhile watch.

This dark, engaging drama follows a fictional account of the events of One Day in September, showing the Israeli government’s counter attack.  It is a multi-layered film that looks at the events from many angles, and will certainly make you consider the international stakes of the Olympic games in a different light.

Miracle tells the story of the 1980 US Olympic hockey time that managed to win a gold medal despite being an extreme underdog.  In addition to being a fun and encouraging film, it contains one of the greatest sports speeches of all–time.  If you love a good underdog story, and you love America, then you must add this one to your collection.

It’s bobsled time!!  This crazy Olympic romp stars John Candy and a team of Jamaican bobsledders who have their sites set on being the first Jamaicans to compete in the winter Olympics.  They are successful – to some degree – but along the way they learn a lot about teamwork, bobsleds, and most of all, about themselves.  Their story inspired their home country, and it can inspire you today!

These two films take a look at the life of the same man and come away with two very different interpretations.  Steve Prefontaine was a long distance runner in the ‘70s who excelled all through college, breaking numerous records on his way to an unfortunately disappointing performance at the Olympics.  His life ended in tragedy, but his journey is one that can make you ponder how you spend the days that you have.

Ice skating and romance seem like a pretty irresistible combination, and this 1992 film proved that to be true.  This classic tale of a hockey player bad boy and spoiled rich girl teaming up has been tearing up audiences on TBS ever since, and when the two fall in love and beat the Soviets in the Olympics you know that it’s truly a match made in athletic heaven. 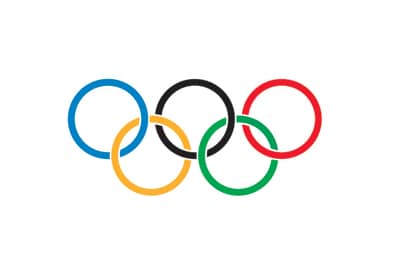 2012 Olympics in Review
In what will likely go down in broadcasting history as the most watched Olympics of all-time, the 2012 London Games offered all of the drama, disappointment and downright awe-inspiring moments that we’ve come to expect. Here are just a few of the highlights from the 30th Olympiad! Read next feature >