The 'Growing Pains' and 'Left Behind' actor talks about his ministry and being a Christian in Hollywood. 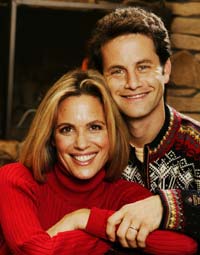 You probably remember him as the adorable, mischievous teenager Mike Seaver on the hit 80's and 90's TV show, "Growing Pains." In recent years, he is more widely known for his work on the film versions of the "Left Behind" series, as well as work with his Christian evangelism ministry, The Way of the Master.

Cameron recently released a memoir, "Still Growing," in which he describes his transition from an atheist to a Christian husband and father (he married "Growing Pains" costar Chelsea Noble). He recently spoke to Beliefnet about how becoming a Christian changed his work on the show, why God may have removed "His hand of blessing" from our nation, and the best--and worst--ways to share the gospel.

Watch segments from the interview or read the full interview below.


You also mentioned that Christians on the set of the "Left Behind" movies had to hide their faith for fear of being shunned by others on the set—something I never would have expected from a faith-based film series. Did you encourage the Christians on set to go public with their faith?