Michael Jackson's destruction wasn't a revealing documentary, but setting himself up as an idol to be worshiped.

This article first appeared on Beliefnet in February, 2003.

Michael Jackson has endured many scandals in his career, but none like the one he is enmeshed in now. While accused of child molestation in 1993, he was never arrested, charged, indicted, or convicted. But now he has gone on international television and announced that he regularly invites children into his bed. I have seen Michael around children, including Gavin, the innocent young boy tragically stricken with cancer who was featured in the recent documentary, on countless occasions. I have no reason whatsoever to believe that he has ever abused a child. But that doesn't excuse the preposterous act of an adult inviting someone else's child into their bed, however innocently.

Two years ago, Michael and I delivered lectures together at Carnegie Hall, Oxford University, and other places, as part of an effort to get parents to take a more active role in nurturing and raising their children. During the time that I spent in Michael's company, we spoke often of his need, after the '93 allegations especially, to preserve the highest standards of propriety with regard to children. Michael understood and agreed, which is why I was shocked and saddened by his appalling revelation. I passed along a message to Michael last week through a close mutual friend, that rather than defending the practice, or attacking the reporter Martin Bashir, which seems to be Michael's current strategy, he should admit to just how misguided he has been and immediately stop. As a marriage counselor I have been asked many times by husbands whether it was OK to share a bed with another woman, a platonic friend, when there was absolutely no possibility of sex taking place. I made my absolute revulsion for such practices clear. The same is true when it comes to children, if you are not the parent.

Many chart the beginning of the fall of Michael Jackson to the '93 molestation accusations. I find a different starting point. It took place when Sony launched his "History" album in 1995. Accompanying the release were, unbelievably, giant statues of Michael placed in cities all over the world, including London and Prague, as well as a video depicting Michael as a gargantuan idol, complete with thousands of soldier-worshippers at his beck and call. I still remember watching this video with Michael at his Neverland Valley Ranch theater for the first time in August 2000. Michael was reliving the nostalgia of earlier music videos, but I nearly fell off my chair. Here was a man who had been a devout Jehovah's Witness, with an innate, authentic, and deep-seated spirituality, setting himself up as a god. Michael's mother Kathryn spends hours each day reading the Bible, and Michael himself very virtuously went "witnessing" for his church every single Sunday, knocking from door to door to sell the Watchtower magazine even after Thriller had made him the biggest star on the planet. Few people understand just how deeply religious Michael was, and in his own way, still is. But how could a man with such a deep attachment to G-d suddenly make himself into a deity?

I'm not making this into a religious issue or implying that Michael's downfall came about as a result of sacrilege. Rather, what happened to Michael was that once he set himself up as an idol to be adored, it was but a short step to creating his own rules and living by his own set of laws. And if the world says that sleeping with another person's kids is wrong, then the world be damned!

What has led to the gradual erosion of Michael Jackson, a man who at his core is decent, compassionate, and humble, is the belief that he doesn't have to obey any rules. And it's this belief that he lives by a higher law which has led Michael to appalling, out-of-character behavior like calling Tommy Mottola devilish, or publicly humiliating his father and blaming him for all his ills, even though the Bible commands that we must honor our parents, however they may have treated us.

And it's not just Michael who is guilty of the idolatry of creating his own navigational rules and then destroying himself once his ship went into uncharted waters. So many of our superstars were lost precisely over the same idolatrous mistake of writing their own set of commandments. Janis Joplin died young, Marilyn Monroe killed herself, Elvis overdosed, and Whitney Houston admits to a serious problem of substance abuse. It's bizarre that we only single out Michael for his excesses when so many celebrities are destroying themselves and those around them, even if it's to a lesser extent.

And we the public who idolize celebrities--and I have not been totally innocent of this in the past as well--are just as guilty as the celebrities who invite the adulation. The world's obsession with celebrity culture has gone from an innocent pastime to a destructive cult of idolatrous worship. The golden calf of Moses' time has been replaced by the Oscar of our time.

The essence of the Bible can really be reduced to a single idea: G-d alone should be the epicenter of our lives, the heart of our existence, the soul of our actions, and we should brook no substitutes.

Gone are the days when humans would bend their knees to stone or prostrate themselves before the celestial host. No, our modern idols have moved from the stone-carved totems of the ancient world to the perfectly sculpted bodies of the Hollywood world. Rather than pray to the heavenly stars, we obsess on the lives of our movie stars. Rather than talk of the beauty of G-d's creation, we talk about the magnificence of our screen creations. Rather than talk about how we can connect with G-d, we talk about the latest guy that Julia Roberts is connecting with. Rather than contemplate the mysteries of the Universe, we seek to uncover the enigma of Marlon Brando.

I am not trying to be hard on Michael or any other celebrity. On the contrary, I have been, for the past three years, one of Michael's foremost defenders. But with this latest interview Michael has crossed a line by defending what is immoral, and it is in his own best interest that even his close friends now call upon him to cease and desist.

Many people refer to me as Michael's "spiritual adviser." I was never anything of the sort. Rather, I was simply his friend who tried to remind him that a fulfilled life involves some simple rules that cannot be compromised. I told Michael always, "You have to get up at a certain hour, and you have to go to sleep at a normal hour. Your kids have to play with other people's kids, and they have go to parks and to school. Even if you are divorced, your children need access to both parents, in order to grow up secure and well-balanced.

You can't seclude yourself at your estate. You need normal friends who can tether you to the earth. Most of all, you need family who will love you unconditionally, and you have to reconcile with them if you've fallen out."

Most of all, I would encourage the Jehovah's Witnesses Church, which had a falling out with Michael, to take him back lovingly into the family of faith that he so desperately needs at this time.

To the extent that Michael Jackson will reorient his life to embrace this simple message that while being very famous he can never stop being an ordinary human, I believe that he can experience a renaissance in his career. But even if he never again becomes the King of Pop or conquers the world with his music, he might claim title to a different crown that has eluded him throughout his life--namely, the mastery of his own life. 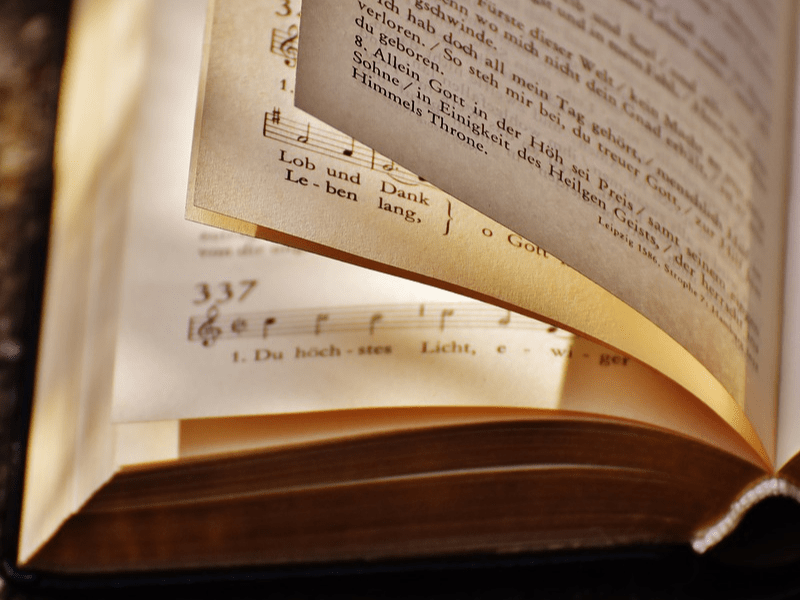 The History Behind Your Favorite Church Hymns