The Human Genome Is Mapped<br>--Now What?

This morning at the White House, President Clinton announced that a consortium of public and private researchers has completed the first human-genome sequence map--a description of where each chemical lies in our DNA. Don't skip past this story as more techno-talk. It might be, oh, just roughly the most important announcement in human history.

For thousands of years, men and women have wondered how they are made; we are now poised to find out. Possession of genome-sequence information will make possible a huge range of good or evil developments, from breakthroughs in medicine and longevity, to loss of medical privacy, and perhaps much worse. Sequencing the genome means the beginning of the end for Homo sapiens as our species is now understood. Our near descendants may be called something like Homo geneticus, because the genus Homo is about to acquire the power to control its own evolution.

The human genome is the group of billions of molecules and 23 paired chromosomes that wind around each other in the double helix of DNA at the core of every human cell. The sheer volume of information stored in the human genome is enough to put the best computers to shame--about 3.5 billion "base points" of information, each formed by a chemical called a nucleotide and always found in pairs. If the DNA in any human cell were uncoiled and stretched out, it would be six feet long. Yet each of the trillions of cells in your body contains a version of this information--so elaborately shrunk and wrapped, it's difficult to see even with an electron microscope. The information in the human genome--the blueprint for a human life--if printed out as a book, would cover almost 200,000 pages--much longer than the full shelf edition of the Encyclopedia Britannica.

Everyone who thinks about the complexity of the human genome is stunned by its majesty, and this is an area of science where the more that is learned, the more majestic it seems. However the genome was made--divinely or naturally--this invisible object is the most marvelous and most important in our world.

What impact will the human gene sequence have? In immediate terms, it's only data. Now scientists have a map of which nucleotide is where, but they don't yet know what the map means. It's as if someone came into possession of a map of every road in the world but with all the destination names whited out, so you could tell where the roads are but not where they lead.

Where it all will lead is very much unknown. Though researchers now can say where all the "base pairs" of DNA are, they still have little idea what makes base pairs align into genes. (While the terms "DNA" and "genes" are used interchangeably, they're different: DNA are the units of biological code, while a gene is a group of DNA codes that cooperates to do something. Basically, the genome sequence tells a great deal about DNA but little about genes.) Researchers are still completely in the dark about how many total genes exist on the human genome--guesses range from 30,000 to 140,000 per cell, but both those numbers could prove way off.

Another area of ignorance is why the genome appears to be rich in DNA that seems to do nothing ("introns," or "junk genes," to biologists) interspersed with the DNA that does act ("exons," which code for specific body proteins). By most measures, the introns outnumber the exons. Why either God or evolution should have placed into our cells vast amounts of elaborately preserved biological data that appears to do nothing is one of the leading mysteries of genetics. Don't be surprised if the "junk" genes turn out to have roles too subtle for us to understand at this stage. (And if you're thinking, "Hey, maybe that's where the soul is...")

Finally, there's Mystery No. 1 of contemporary genetics: How do genes control how body parts develop? No scientist has the slightest idea. The situation is roughly as if someone handed a complete set of plans for the Boeing 747 to an ancient Egyptian and said, "If you want to fly, all you have to do is build this." The Egyptian would have replied, "But all these squiggly lines and blocks of numbers--how do I use them to make this flying thing?" And the answer was, "Figure that out for yourself."

This is roughly the position that current scientists are in regarding genetic data. They know it controls us but don't know how. Someday, the way in which genes work will be discovered. For today, at least, lack of understanding of genetic function renders impossible the notion of designing genes from scratch--all researchers can do now is study and move around the genes that God or nature has already created.

That knowledge, however, may be enough to set off a rapid revolution in medicine. Genetically tailored drugs should proliferate, curing diseases and reducing side effects. Genetic screening for disease will become more effective. Though researchers don't know how genes work, they have reliably connected certain DNA bits with specific conditions: Cystic fibrosis is caused by a single defective gene, for instance, while Down's syndrome is known to originate on chromosome number 21. The genome map will also aid attempts at "genetic therapy," the replacement of diseased genes with healthy ones, a form of medicine poised at the breakthrough point. The genome map may also help researchers in the burgeoning field of longevity studies, where many scientists feel that relatively simple alterations to cell biology might double the typical human lifespan.

That's the good side. On the opposite side of the genome breakthrough is that the more that is known about our genes, the more that knowledge can be used against us--in hiring decisions, for health insurance denial, to limit medical privacy. Genetic medicine may help treat congenital development problems, thus be a boon to the unborn; or it may generate red flags of imperfection, encouraging abortion. Hovering over all this is the fear that once scientists figure out how to invent fundamentally new genes, this knowledge will be used for evil purposes--mind manipulation, deliberate addiction of people to substances the government would control, other chilling possibilities.

Today, it's impossible to guess whether the acquisition of the human genome sequence will ultimately be viewed by our descendants as a great blessing or a horrifying blunder. But it is safe to conjecture that when future generations look back on our era, they will point to today's announcement as a pivotal moment, if not the most important moment in our lifetimes. We now hold in our hands the technical manual describing how human beings are made. It is only a matter of time until we learn how to change the product.

Gregg Easterbrook, a Beliefnet columnist, is the author, most recently, of "Beside Still Waters: Searching for Meaning in an Age of Doubt." 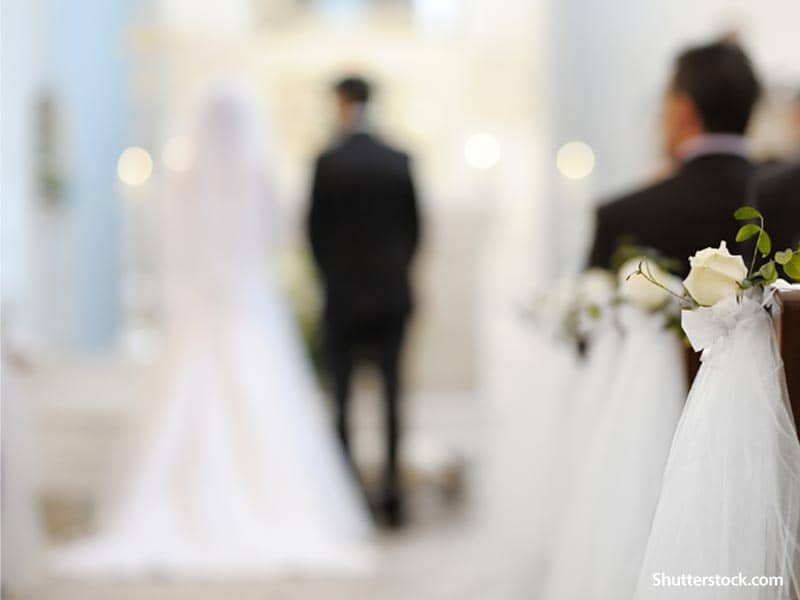 5 Alternatives to Walking Down the Aisle With Dad