The Seven Spiritual Keys to Becoming a Guru

Everyone's got a guru inside them, waiting for the right honorarium

Tonight, we are going to explore the spiritual and scientific mechanics of the miraculous, spontaneous fulfillment of your desire to become a guru, loved by millions and as rich as an oil sheik. Moments ago, I was in the hall, deep in my ritual pre-lecture meditation, tapping the power of infinite potentiality and checking my voice mail, when I was approached by a woman. "Excuse me, Doctor," she said. "But I see that this workshop lasts only seven minutes, whereas you used to charge the same $600 for an entire weekend retreat. How can you possibly impart all the necessary wisdom in seven minutes?"

Believe it or not, not everyone has read my latest best-sellers, "The Seven Keys to Becoming an Affluent Guru" and "Embracing Infinity: The Seven Keys to Immortality," available at the back table in hardcover and audiotape, and which I will be signing in roughly...six and a half minutes. Of course, those of you who have read my books know that in the sub-atomic structure of the universe, everything that ever was will always be, and that we are immortal. Thus, a seven-minute workshop is actually an eternity-ample "time" for a seminar, wouldn't you say?

The only things you will not receive that previous students got--in the days before I was confronted with the constraints of a national book tour and the demands of an expanding herbal cosmetics empire--are a couple of vegetarian dinners. But you will be pleased to find in your program coupons for a free colonic and a mud bath at any of my wellness centers.

Okay! The first thing you need to know about becoming a guru is that each of you has the potential to be a guru. It is your spiritual inheritance. In fact, there is a guru within you, right now, and all you need to do is awaken him! So let us begin with a visualization exercise.

Close your eyes. Are they shut? Good. Relax. Commit the greatest act of self-love and devote attention to your true Self, your soul. Become aware of your body, feel the temple of your guru. Focus on your stomach now, a happy place--no gastritis today! Enter your duodenum, or maybe the large intestine; it's up to you, just stay within the alimentary canal. Now, allow this awareness of your abdominal cavity to shift to an awareness of your inner guru. Found him? Good! Now slide him up past your diaphragm and along your esophagus and into your throat. Allow this awareness of your guru to enter your mouth. Using your tongue, explore the way he floats around your teeth and gums. Now, slowly open your eyes. Very good! You've begun to manifest your guru, and are ready to receive the seven keys!

The First Key: Adopt the Seven-Step Formula Eternal truths can seem amorphous to the human mind, so you must structure your spiritual teachings in an easy-to-follow format. People need steps, laws, and principles that lead them from where they are to where they want to be, a clear path they must be able to grasp over the course of a lunch break--or else you've lost them. Seven is a good number because it is authoritative and divine-the seven days of creation, the seven seals of Revelation. And what is a guru if not authoritative and divine?

The Second Key: Inspire Others, and Others Will Follow The universe works through dynamic exchange. When you give to others, others will give back. And so when a guru encourages and inspires, reminding his students of their infinite potential to achieve anything they desire, they will respond with devotion and an abundance of financial gifts.

Let's put it another way: Billions of people are on a quest for spiritual truth, yet there are not billions of gurus to lead them. You do the math.

The Fifth Key: Conquer Negativity Every guru will encounter critics and naysayers along the way, particularly once the guru has purchased a home in St. Barths. Negativity saps one's creative energy, so only allow unfailingly loving and supportive people to enter your physical and psychic space. Lawsuits and restraining orders are an effective means of saying no to negativity.

The Sixth Key: Deny That You Are a Guru First of all, congratulations! If you've followed me this far, you are officially a guru, free to devote each day to actualizing the previous keys in your life, empowered with the knowledge that your mind has already done so. But remember: Though you are a guru, and everyone will know that you are a guru, it's good guru etiquette never to admit that you are one, particularly not to the media. I, for example, am not a guru. Never have been.

The Seventh Key: Continue to Seek, Learn A guru must never stop growing, absorbing the wisdom and teachings of other gurus. On that note, will you all please join me now at the book table at the rear of the hall. 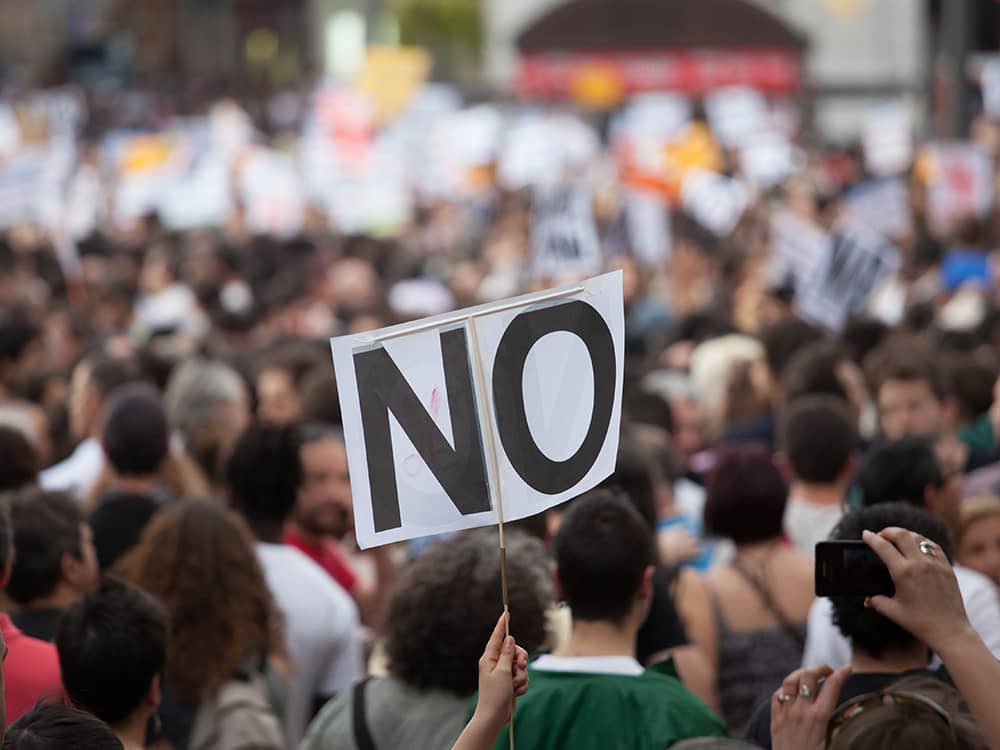 Another Political Force Against Trump?