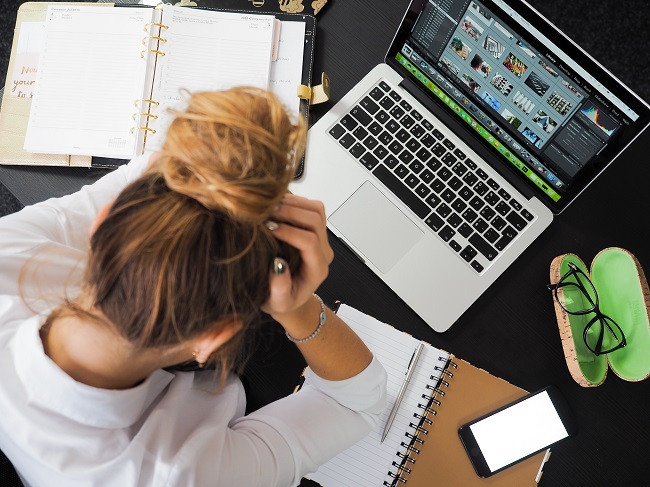 Recently, I listened to a business owner describe her path to success. She said that she’d had some failed businesses and was discouraged from trying to be an entrepreneur again. Eventually, she took a job that was awful. Her supervisors were terrible, and the workplace culture was toxic.

So, in desperation, she tried one more time to build her own business. Except this time, she built her business in a very strategic manner. She studied the paths of others who had created a business similar to her dream business, and she followed their steps. And one year later, she had a thriving, six-figure business and was able to quit her job.

If this gal hadn’t had a crummy job, she never would have been motivated to try one more time to pursue her dreams. She simply would have stayed in her okay job and carried on with life. The discomfort of being in a really bad job is what propelled her to great success.

Often, when we encounter job frustration, we think, “Why me? Why can’t I have a great job?” We see it as being unfair. But the truth is that our job dissatisfaction is a gift. That dissatisfaction is a call from inside our soul that says, “Go do what you were meant to do! Stop settling. Be who you were created you to be.”

If you are facing job frustration, realize that your frustration is not your enemy. When viewed correctly, that frustration is what can drive you to achieve great things. Consider using the steps below to turn your current career frustration into a springboard to success.

First, Be Clear on What You Really Want: It isn’t enough to simply dislike your job or career. You have to know what it is that you would prefer to do with your life. Simply being dissatisfied makes you a complainer. Having a clear idea of what you would rather be doing with your life is critical.

Your life purpose is not hard to figure out. It can be found where your passions intersect with your aptitude. For instance, I love music. But I am an average musician at best. It would be ludicrous for me to try to make a living as a musician. I simply don’t have the aptitude for it.

What I have learned (after a great deal of trial and error) is that it is my life purpose to be a writer. I love writing. I love reading. And I love encouraging people to be their best. And over the years, I have learned that I have an aptitude for writing.

Once you figure out where your passions and aptitude intersect, then you need to figure out how to translate that into a paid profession. That is trickier, depending on what your life purpose is. But realize that you are not unique. Someone previously has done the very thing that you want to do. And that person most assuredly has made money at it. Simply follow their path.

Don’t Quit Your Day Job Just Yet: We all have to make money. That is part of being an adult. So, until you can make money at your dream job, keep working at your current job. It may be annoying, but it pays the bills.

The benefit of keeping your day job for a while is that it allows you to approach your dream job in a less stressful fashion. You can do your research. You can prepare. And you can do all that in a methodical manner without worrying about how you are going to pay your electric bill.

In addition, keeping your crummy day job will keep you inspired. Let’s face it. If your job is basically okay, and you get paid a reasonable wage, why would you shoot for the stars? You’ll instead come home at the end of the day, have dinner and read a good book. Then you’ll go back to your average job the next morning. There will be nothing driving you to make a dramatic change in your life.

However, if your boss is rude or the employer doesn’t pay you what you are worth, you are going to be driven to make a change. You’ll want to get up early every morning and work late into the night to figure out how to get that dream job. You’ll take night classes. You’ll do your research. And you’ll take whatever steps are necessary to create a new career that you love.

Learn Something from Your Job Before You Leave: Even if you are completely unhappy with your current job, figure out what you can learn from it. You can learn just as much from a bad job as you can from a good one. For instance, I have learned a great deal about management, simply by having some bosses who were good at it, and some who were just deplorable. From them, I’ve learned that kind, compassionate leadership trumps bossy, arrogant leadership every time.

I’ve also learned that you easily can distinguish yourself from the pack simply by being a person of excellence. You would be surprised by how many people fail to give their best effort when they go to work. They instead do the bare minimum. By simply doing your best in all things, you quickly will separate yourself from most of the people out there.

And while you may have people at your job who are either unprofessional or rude, there should be someone in your workplace who you want to emulate. For instance, when I was in my twenties, I worked with a very elegant, female, African-American attorney. She was one of my many supervisors at the job. She was smart, reserved and well-spoken. She dressed in a manner that was not flashy, but rather was conservative and well-suited for her role as a litigator. I wanted to be just like her. Even twenty years later, I still consider her to be the gold standard for professional demeanor.

So, don’t consider your current bad job to be a waste of time. It isn’t! You can learn a great deal from every work experience simply by being observant. And you ultimately will be able to use that knowledge when you have the career of your dreams.

This week, take stock of your professional life. Are you in a job that is unsatisfying or just plain bad? Do you have a dream job and career that you would like to purse? Now is the time to do it. Use your current frustration to propel you to greater professional heights than you could have ever dreamed of.