This morning, I opened the Gospel of John to the sixth chapter, desiring to read and reflect on what has become my favorite Gospel account of the life of Jesus.

I did not get very far in the text, however, before I stumbled over these words…

“A huge crowd followed him, attracted by the miracles they had seen him do among the sick” (Jn 6:1-4).

The thought occurred to me, “Why does anybody follow Jesus?”

Then, a bit more personal, “Why do I follow Jesus?”

I cannot speak for anyone else, but I can speak for myself. Maybe there’s something in these observations about why I follow Jesus that would be similar in your experience.

There was a time in my life when I followed Jesus because I did not know anything else. I was raised in the church by Baptist parents. My father was the preacher. I went to church. It never occurred to me to not go to church. Sometimes, I can remember not wanting to go but, when it came to believing in Jesus, which I was taught equated with following Jesus, it never occurred to me that I even had a choice.

I am pretty sure there are many persons who were raised just as I was raised. If you were, then this experience of mine resonates with yours.

But is this the best reason to follow Jesus. Well, I’m not so sure it’s either right or wrong. It just is. When I think it gets a little questionable is whether, as you grow and mature, your significant others adopt a slightly different approach, one that encourages you to find deeper and more significant reasons to follow Jesus.

For me, those more significant reasons took me to a very self-centered reason for following Jesus. It did not occur to me then, only later, but it was nonetheless the reason I continued to follow Jesus.

I did so because of what I had come to believe I could get from Jesus. There was a payoff, some positive benefits to following him.

Which was another reason to follow Jesus. So, I wouldn’t have to die. Oh, I think I knew deep down I was going to die. But the thought of dying was such a scary prospect, if I could soften the blow with the belief that Jesus was going to rescue me from that momentary sting of death by resurrecting me in the next moment, who wouldn’t follow Jesus for that payoff?

Furthermore, I remember thinking that, if I follow Jesus, I’d get a “mansion” in heaven, too. And, who didn’t want a mansion? An eternal one at that? My religious peers talked so much about how beautiful heaven was going to be…golden streets, jasper walls, marble palaces…I remember wondering why, if all that materialism in heaven was the reward we got for following Jesus, why were they often preaching against materialism on this side of eternity? If it was so bad now, what made it good then?

I finally decided it was our jealousy of those who had it all now and our illusion of having it all then that made our “follow Jesus” all the more important. “We might be last now, but we’d be first then?” A kind of twisted twist on other words of Jesus.

Another benefit, similar to the story, is that Jesus is the miracle-worker. Or, so I was taught. If you wanted to be healed of sickness…if you wanted to be comforted when troubled…if you wanted to have money when you were broke, if…well…the list was almost endless, but, whatever it was you felt was missing in your life, the key to getting what was missing, was to follow Jesus. And, of course, believe in those who reminded you of this, as in faith healers and miracle workers, all of whom did these things on behalf of the miracle worker himself.

Or, so we believed.

There are still those who believe this. And, believe in faith healers and miracle workers.

Faith healers, like Joyce Myers and Benny Hinn and others, depend on people believing this. And, believing in them. That’s what keeps them in business. If they can persuade people, for example, that they know more and have a direct “line to God,” so to speak, and, if they can persuade you to believe them and demonstrate your belief by giving them your last nickel, they will, in return, intercede on your behalf and get from God for you what you can’t seem to get from God on your own…money, a paycheck, healing…whatever it may be.

But, it seems to work enough times to keep a host of folks deceived into believing…if they just improve their faith…if they just follow Jesus a little better…whatever that may mean…if they will just have more faith…more belief…then one day they’ll achieve whatever that magical level of spirituality necessary to move God to act on their behalf.

Yet, in varying ways and to varying degrees, I suppose there is a time in all of our lives when we’d have to admit, we follow Jesus because of what we hope to get from him.

I think I’ve moved beyond some of the reasons that motivated me to follow Jesus when I was young. But, honestly, the motivations are, though different, somewhat similar still.

Well…this is where it gets a little fuzzy for me. I do want to be happy. And, happiness for me means inner peace…control over my passions and desires…life lived fully in this moment…joy or contentment…acceptance of what is…

And, yes, I’m trying only to be honest here, I find that, when I follow Jesus and, by that I mean, seek to live as he might have lived, treat myself and others and this world and every living thing in it with the kind of respect and compassion that I feel he would…when I seek to respond to life, including it’s difficulties and even to those I feel wrong me, in the way that I feel Jesus would respond, and did respond, to the difficulties of his own life, as well as how he responded to those who abused and then killed him, I find…

The very happiness and contentment that are important to me. So, I suppose I’m no so unlike those whom I sometimes act as if I’ve graduated beyond. I tend to feel, sometimes, in my own arrogance that I’m at a little higher plane of spirituality than all those self-centered folk who follow Jesus just for they want or feel is missing from their lives.

I’m not sure if I would follow Jesus if I didn’t feel I was getting something in return.

These words haunt me. Maybe in the end, we’re really all more alike than we’d like to admit. Maybe the reasons for following Jesus aren’t much more than self-centered. Somewhere, however, along the journey, is there a shift that takes place and we end up following Jesus because it really is the way to become fully human…fully yourself…fully one with all of humanity.

“A huge crowd followed him, attracted by the miracles
they had seen him do among the sick” (Jn 6:1-4). 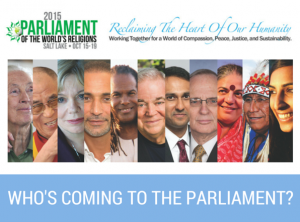 Religions: How to Love Them All and Be IN LOVE with Yours
archives most recent
More from Beliefnet and our partners
previous posts