Apparently so, according to the Ebola Doctor, Dr. Kent Brantly, who was himself an Ebola survivor. You can view his full remarks in a recent press conference he held soon after leaving the hospital.

I am not so certain, however. There was a time I, too, said God answers prayers. I wanted as badly as anyone to believe God did. As a consequence, I looked everywhere for answered prayers. I deemed these as indisputable proof God did answer prayer.  I gave my attention to every “miraculous” story I could find, such as the one experienced directly by Brantly  himself. Such stories gave me temporary reassurance that God did indeed answer prayer.

But then, and this has been the case throughout my life, reality set in.

I began thinking about my logic, imperfect as it is, and I would find holes all through it, then and again now.

Maybe it’s just me but I could not help but ask questions like this:  “Well, Dr. Brantly, I’m sure you are certain God answered your prayer to be spared the deadly Ebola virus, but what of those 1200 others in Africa who died from it?”

Did any of them pray to get well?
Why didn’t God answer their prayer?
And, apparently, he didn’t, so why not? Furthermore, why was yours answered but not theirs?
Did they not have, as you had, enough other prayers being offered on their behalf?
Do “more prayers” better the odds of getting heard? If so, how many more prayers does it take?
Did their prayer go unanswered because they were not all believers? Is being a believer a pre-requisite?
Or, could it be that they just did not believe strongly enough? You know, have enough faith?

Ever asked questions like these? If so, you know how I’m feeling about now.

In fact, you probably know how I feel any time I see…

…Or, a tornado survivor give thanks to God and a million others in a news report for the fact that his home was spared in a neighborhood that looks like a war zone from the Middle East;

…Or, when a doctor gives his personal thanks to God for prayers answered and a second chance at life that was given to him. Aka, Dr. Brantly.

I truly hesitate to say anything here because I know how defensive I used to be whenever anyone questioned my beliefs…which was often. I am especially hesitant, however, under these particular circumstances. It is truly impressive to see such a benevolent and giving person like Dr. Brantly whose selfless love of Christ and service to others would lead him to risk his own life to give life to others. Or, at the least, relieve the suffering of others. Frankly, and I’ll be plainly honest here, I am not sure I could do what he has done. So, I have the deepest respect for him and give thanks to God for such benevolent and generous people…people whose example I hope to better emulate in my own life.

Furthermore, I understand the natural inclination he and other survivors feel whenever the odds are against them and, for whatever the reasons – God, prayer, the miraculous – they are spared and given another opportunity at life. How can you not be thankful at such a time? And, if you don’t thank God, who DO you thank?

Heart Attack and My Prayer

I recently survived a mild heart attack. Mild or otherwise, it was a heart attack and such things get your attention. In my case, it was a brush with the Grim Reaper and, while I required only one stent in my heart for one blockage, the risk of dying was nonetheless real.

How could I not be thankful when I walked out of the hospital? I was. I am. And, had this happened many years ago, I would have prayed for healing.

But that’s just the point. He didn’t. Not directly, anyway.

The truth is, I did not pray for healing.
I did not ask God to grant me another chance at life.

Why? Because praying such a prayer made no sense to me.

How could I ask God to heal me when there is no telling how many other people across the planet were dying of heart attacks at that very instant?

I no longer pray such prayers. And, even if I did, I wouldn’t be going on national television in a press conference or standing behind some pulpit and declaring to others that God answers prayer.

Why? Because God doesn’t answer prayer. It is this kind of belief that gives rise, not to faith, but to disappointment. The fact remains, no matter how many times you might ask in prayer to be healed of whatever is threatening your existence today, something is going to get you tomorrow. In other words, you are going to die. And, the sooner you can make peace with that reality, the happier and healthier you’ll be.

God Does Not Answer Prayer

It is this kind of nonsensical belief that gives rise, not to faith, but to disbelief itself.

Here’s what I believe…
God has created the human body with a natural instinct at survival. It permeates the entire created order, as Darwin so eloquently reminded us. He called it “survival of the fittest.”

Furthermore, God has allowed science and scientists – who gratefully are among those who actually use their minds given to them – to work in concert with this survivalist instinct inside every cell of the human body – to bring technologies to bear on bodily weaknesses and, as a consequence, the natural healing process is helped along by science and medicine.

What then did I pray for during my heart attack?

I prayed that these technologies would work together with my body’s natural desire to survive (and that of my own, too). I prayed for the doctor performing the heart stent, that he would be alert and bring all of his skill to bear on the procedure. I prayed for the nurses who cared for me. I prayed especially for the young ladies, mostly, who came into my room from time to time to empty the trash and clean my toilet. I prayed more for them than for all the others, including myself. What a thankless job. Wonder if they ever pray? Wonder what they ask of God?

All went well for me.

How could I not give thanks?

I’m still giving thanks, now eight weeks later.
I will always give thanks.
And, one day, when I do die, and I will die, I’m still going to be giving thanks.

And, it is time, believing people stop believing in a make-believe SuperDoctor who lives above the sky and who rescues the sick and infirm…

Provided, of course, they pray…
…have enough faith…
…and, yes, have enough other prayers offered for them.

Such things make great tales of survival.
But they do not inspire faith.
If anything, they temporarily only confirm the delusions of the believing…until that day when their prayers don’t work. And, that day is coming.
Furthermore, there is not one ounce of truth to any of it. And, it’s time that Christians – me included – stop believing fairytales that have no truth in them whatsoever. 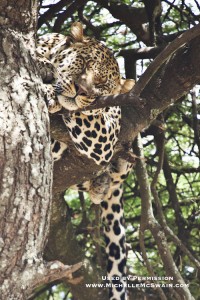 Meditation: The Key to Living a Sacred Life
archives most recent
More from Beliefnet and our partners
previous posts