Want to Be Free…Truly Free? Here’s How! 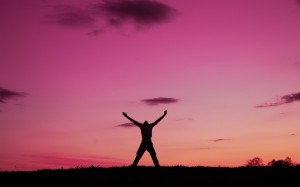 Then, what did these two spiritual teachers mean?

Detachment is the word, my friend. Or, to put it another way, “Let go.”

All illusions of permanence. And, what is impermanent?

Anything to which the little “me” would attach itself.  The “little me,” as Eckhart Tolle called the ego or “the dog,” as the philosopher Neitzsche referred to it, can attach itself to almost anything, even to its-self. Anything you can see, touch, taste, smell, feel, or create is impermanent.  Nothing remains for every long. Which is why the widespread western practice of embalming dead bodies, entombing them in concrete and metal containers in the ground, is an indication of our widespread attachment to the illusion of permanence.

Until you and I detach from all things…until we can let go, we remain incarcerated, as it were, and not free to simply be or to enjoy the “abundant life” as Jesus referred to it.  Which explains much of our worry…fretting…anxiety even now. It explains explains why we live in fear…live with regrets…worry about tomorrow…and, consequently, create a hell for ourselves here on earth.

What do you think, for example, Jesus meant when he said, “Lay not up treasures on earth, but lay up treasures in church?” Church? Did he say “church?” No, but isn’t that one of the reasons many today do not attend? Because “they’re always asking for money?”  Yes, of course. And, since we are still attached to money itself, we are offended. This is Jesus’ point.

It goes both ways, you know. Don’t be fooled by your own little ego and reject what you don’t like in the church and then cling yourself to the very thing you despise about church. Can you fault the Church for being attached to the very thing to which you are yourself attached? That’s a big game you’re playing, my friend. And, what you don’t know is that you’re the one losing.

Freedom, or to use religious language…”salvation” for Christians, “enlightenment” in other traditions, simply refers to that life-long and cultivated capacity to live from a place of “no self,” no attachments or, as Jesus put it, the “denied self.”  Saint Paul called it, “the crucified self,” (Gal. 2:20). Yet, when he said that, he was still very much alive. So he’s referring to having died with Christ to something.

What is that “something?”

Death…detachment…denial of self, the little me in you and me – which is not evil. Don’t make that mistake. The ego is not something to deny or to fight against as if some little schizophrenic part of you that must be expunged.  The little me is you, just not the better you.

How is one free oneself of the little me?

There’s no need. Which is the irony. But, only be embracing yourself or, as Jesus put it, “to love yourself,” are you free of the self. Indeed a mystery. You win, not be defeating, but by surrendering.

What do you think Jesus was demonstrating in his death on the cross? Payment to God off for your sin? That’s a medieval theology the Church itself must let go. This explanation of the Christian story has become itself a monstrous collective ego. The Church must let go to it. When it does, and it will, the mystery of the Gospel comes to light. The scandal of the cross, as Saint Paul framed it, is this irony that life is won, not by defeating one’s enemies or, in this case, the ego, but by surrendering.

You only succeed in living the life Jesus referred to…that the Buddha pointed to…by learning the art of letting go. That’s all “detachment” means. Turn loose. Be free..

Think you have? Think you have arrived? That you’re now a “spiritual giant?” That you’ve completely detached…and are living an enlightened or abundant life?

“Go spend a week with your parents,” said Ram Dass and then you’ll see just how enlightened or how “saved” you are.

Think you’ve arrived at a higher level of consciousness? That you have detached from all illusions of permanence?

How do you feel whenever you get to work and realize you’ve left your cell phone on the kitchen counter?

Don’t think you’re still attached?  How do you feel when someone questions the things you’ve been taught to believe?

When, for example, I say things like, “I love all religions, but I’m in love with my own,” what does that do to you? Do you label people like me as “liberal?” When I say, “There are many ways to God and reading John 14:6 as if Jesus is saying there is no other way is a misreading of his words,” how do you feel inside?  Panic? Rage? Do you feel sorry for me, as if I’m “lost” but feel better about yourself because you and your group believe the truth? Or, does it make you want to lash out at me, mistakenly believing I’m out to destroy your beloved faith?

Think you’re not attached to your Church…to its beliefs and doctrines…as if, believing in those “beliefs” you have salvation?  Come on, my friend, wake up.  Know that no belief could ever be God. So, do not make them your God. Do not be attached to anything, no matter how precious the words may be. Remember they’re just words.

Think you’re not attached to the Bible as “the Word of God?” Think again. That is, if you want to be free. Really free. Saved. Enlightened. Or, whatever you’d like to call it. The word isn’t important. The reality toward which it does…well…that’s the focus, my friend.

This is why Rumi, the Sufi poet, said to his followers:  “The prison door is wide open already. So, why do you remain inside?” 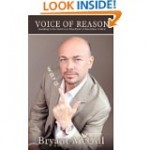 Why Is Your Religion Powerless to Change You? To Change the World?
archives most recent
More from Beliefnet and our partners
previous posts