Stop Striving to Be Important… 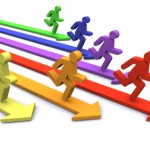 “Stop striving to be important.”

Good advice from Mark Nepo.  Hard as heck, however, to stop doing.

Striving…seeking…competing…clamoring for the spotlight. It’s easier to see this stuff in others than to see it in yourself.  Ambition gone amok. Competitiveness gone viral.

Who can stomach for very long the performer who’s always seeking the applause of others?

And then, a wise soul like Nepo comes along and reminds me that the enemy I meet in others is the enemy who resides within me.  I see faults in others infinitely faster than I see them in myself.  Which is why, in the last few years, I’ve been making it my practice, whenever I catch myself judging someone else – a trick itself hard to perform – whenever I find myself faultfinding…complaining…to stop right then and there and look within for the presence of that behavior I despise in another.

It’s really pretty simple.  But it’ll take you a lifetime to overcome.  My friend, you only ever judge in others what you have denied is in yourself.

You can argue against this, if you wish but, the fact is, you dislike in others what you’ve denied in yourself.

This reality has been so helpful to me when it comes to those Christians who are most offended by my openness to truth wherever I find it. You should read some of the emails I get.  The most hateful come from frightened Christians at one end and equally frightened atheists at the other.

When a Christian writes me, for example, writhing over something I’ve written, deeply disturbed that I would have the audacity to suggest something outside what they call “Orthodox Christianity,” as if that were some kind of official and infallible measure of doctrine, I realize they are most demonstrative in their anger and resentment precisely because they’re the most afraid and uncertain about what they believe themselves. Outside, they appear and sound absolutely certain about what they believe and why. If you could see inside their soul, however, you would see uncertainty instead…doubt, too…and lots of questions…most of which they’ve denied, however, or buried as if they were some kind of enemy. These persons get very defensive and so feel they must defend their faith. They become argumentative and are often quite skillful in their ability to debate and win the debates, too.

This creates the illusion of security in them. But be assured, my friend, it is just an illusion. They are not secure at all and, at some point, life will give them an experience that will cause their straw man of defense to diminish entirely.

At the other end of the spectrum, some atheists are equally disturbed by some of the things I say, write, and believe. I know, too, when I meet an angry atheist, they are likely very close to believing. They’re in an internal battle, however, and what is called for is understanding, not more debate or argument.   That will lead nowhere. Besides, I would likely lose as angry atheists are quite skillful in their arguments.

When you find what you are looking for within, do not then turn around and find fault with yourself. Do not judge what you see. Embrace it instead, no matter how ugly it may appear to you.  You have, my friend, just as I do, a “shadow” self.  Which is where the cliche’ comes from…”We have met the enemy and he is us.” The shadow, however, is not an enemy, unless you make him into one.  He is you.  So forgive him…or, more accurately, forgive yourself. Understand where this shadow comes from, too. Your own life experiences, many of which were completely outside your control. So, you will likely need to forgive yourself for assuming you were the guilty party. You were not, however.  What you are is responsible now for how you will go forward, given the circumstances that occurred to you.

Why not decide now to go through this day mindful of every judgment you make of another? Why not resolve to catch yourself complaining and criticizing and, as you do, just stop it right then and there?

Then, ask yourself: “What’s going on here?”  “What is it about this person I resent? Why? Could there be something in myself I’ve overlooked? Or, denied? Or, don’t like that gets triggered every time I meet in another what I don’t like about myself?”

Not only will this free you from judgment. This will free you to experience greater joy, acceptance, and it will enlarge your capacity to forgive those who are always advertising for the approval and admiration of others.

It’ll help some of you to forgive what you see in me but do wish to admit is also in you. 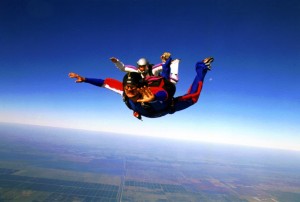 What Does It Mean to Believe?
archives most recent
More from Beliefnet and our partners
previous posts