How To Question Everything and Be the Stronger in Faith for It! 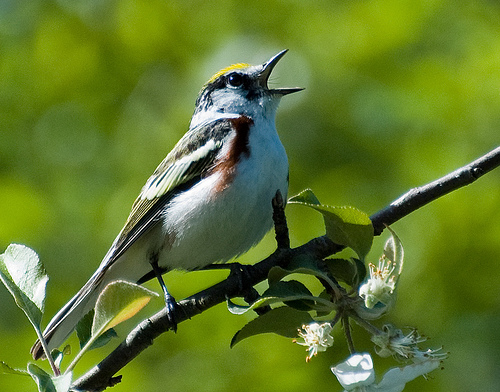 “Doubt is no more disbelief than questions are compromise” (from, The Enoch Factor: The Sacred Art of Knowing God).

Until you question your faith, you have no faith. It is true, however, you might have beliefs. But there is a chasm of difference between a believing person and a person of authentic faith.

For many people, and I include myself in this group, much of our religious conditioning has discouraged us from asking questions, as if there was something wrong with questions or, worse, with doubt. Questions were regarded as off limits. Doubt was regarded as stepping into the unknown and would lead to all kinds of aberrant behavior.

I say instead, this is all just poppycock.

Whenever you meet someone who appears so certain of what they believe…so sure…so confident, it is right for you to be suspicious.  Do not judge them, but you should investigate.  It is possible they have arrived at a place of certainty.  But do not blindly assume this. If you feel suspicious, you may have good reason. I have learned, too, it’s best to follow your heart.

Usually, those who are absolutely certain that they’re right about whatever it is they’re advocating…that those who seem to know what they believe and have no doubts are often some of the most uncertain and insecure people – but, just below the surface. This is why you must keep an investigative heart – or, if that’s too heavy a word, an inquiring, curious heart.

If they respond with something like, “It means to just accept what it says and believe it’s true?” know this: you are most likely listening to a frightened person who comes across as if they’re trying to convince you of something they’ve become convinced of themselves.  Instead, they are really seeking to convince themselves that all is well with them because inside they are terribly frightened about something…whatever it may be…fear of being reprimanded for questioning things…fear of losing their faith…fear that what they’re trying to believe may not be so. Like Mark Twain used to put it in one of his characters: “Faith is belief in what you know ain’t so…” They want you to think they are at peace. They are really anything but.

Know this. But do not judge them. They are likely doing the best they can. Be compassionate toward them and understanding. Remember there was likely a time when you, too, hid behind the “Certain and Sure” exterior. The louder someone is about what they believe, the more argumentative someone may be about their beliefs, the surer you are that they likely know little of what they really believe and cannot at this time in their lives admit this to themselves.

So, what is the pathway to authentic faith?

2. Open your mind and heart to many possibilities.

3. Trust that God will lead you either to accept what cannot be known by you at this time or She will grant you the capacity to live within the ambiguity…the capacity to know an inner peace beyond the conflict. Authentic faith is trust even when you are doubting what you’ve been taught to believe. Reciting the Bible, for example, while claiming to know things you neither can know nor truthfully defend or pretending to be at peace when of course you really are not…these things will not serve you well, my friend.

Bertrand Russell’s words are a little harsh for my taste but the truth within them is worth pondering. Russell, British historian, said “the problem in our world is that the fools and fanatics are always certain of everything; the wise are those full of doubt.”

4. Finally, let go of your fear about questioning and doubting. The inevitable consequence of both is this instead: you will grow stronger, emotionally and spiritually healthier, and, you will be at peace.

The path of doubt is the pathway to peace.

I can promise you this. It is the path to authenticity, too.

Faith was born. Rich and real, vibrant and alive.

Which is why I love the spring…such is the dawn of new life…a new day.

The birds are singing this spring morning.

Can you hear them? They are singing your song…

The Point of Human Existence? What Is It?...
archives most recent
More from Beliefnet and our partners
previous posts