What’s on the other side?

I was watching this show the other night and a woman probably in her early sixties was giving an account of heaven and hell. I know, I know you’re probably already suspicious but just hear me out because I was too. Years ago this woman battled with depression and hopelessness. During her testimony, she said,” I just wanted to die. I had planned my death many times in my mind, no one knew, so she assumed. Then one day out of the blue, she received a postcard in the mail. The postcard was for a christian women’s event. At first she brushed it off like we all do when we have something much more pressing to focus on. In her case, it was her plotting death. Let that sink in. What is death and where will we go? Some think just into the ground, others think we begin another life. But what if there is more? What if this life with all it’s slaps in the face is just a pin prick, a night in a really bad motel, a day with your mother in law, a bully at school?  What if there is more, so much more that our human minds can’t fathom?

Each passing day, the postcard lies there on the dining table. She said that she can’t bring herself to throw it away, she doesn’t know why but something is beckoning her to go. She doesn’t want to but the pull is so strong. Have you ever had something pulling you in a direction you didn’t want to go? Apprehensively, she attends the conference. People are worshiping and praising God as she sits there uncomfortably quiet. Silently, she asks,” are you real God?” And out of the blue she hears a voice, a voice in her spirit that says, “what can I do for you?” “Is tongues real?” It was the first question that came to her mind. In an instant she was given the gift of tongues. Tongues is really a prayer language and yes crazy people have tainted this precious gift but it is a true gift. That day, Jesus delivered her from depression.

Her new beginnings led her to have a relationship with Jesus, things were going better than ever.

Eight years later she was at another conference given by the same ministry when all of a sudden she saw a giant hand pull her through a iron clad gate right into hell. Her body was still at the conference so this was similar to an out of body experience. As far as she knew, she was in hell. Immediately she heard the gnashing of teeth, blood curdling screams she had never heard before. Her skin was melting, her body twisted and deformed, the temperatures unbearable, everyone was a demon, including her. Demons were real and their appearance depicted the worst horror movie one could imagine. She was in eternal torment and there was no escaping. Then a light opened up and another hand pulled her to and it was Jesus. “He said tell my people hell is real. Tell my people to forgive. Tell my people about me.” She said she will never forget that day, it still haunts her but now all she wants to do is to tell others about Jesus. There is a place for us. A place with no sorrow, no tears. Don’t give up, there is someone who longs to help you with whatever it is that is hurting you, tying and tearing you down.

I don’t know what you may be going through on this April day but my prayer is this gives you hope. God is real and God loves you. He will take you just the way you are. Nothing that has happened to you or that you have done is too complicated and messy for Jesus. He is the life changer and the life giver. I hope you think about this article and what this week represents. Jesus endured the worst beating and crucifixion so He could have a relationship with you. The sweet, beautiful, one of a kind that you are. Do you have dreams? Do you want more from you life? Are there areas you want to change? Has someone lied to you? Has someone hurt you? I understand. You are not alone and I don’t want anyone to risk your eternal paradise because you have been lied to about heaven, about God and yes even hell.  Ask him a question, any question and see how he shows up for you like he did that lady, like he has for me too.

He is RISEN, Happy Easter!

check out my new site 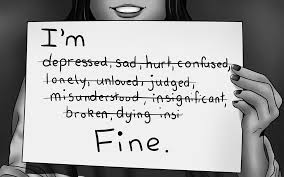 The Tale of Two Hollywoods

Hi all…. Hope everyone is safe and healthy.. We’re living in strange times but God is on the throne and sees all. Hang on, better times are close. I’m not going to talk lockdowns, COVID or the political climate. Instead I’m going to give you a glimpse of a new book I’m working on… I’ve […]

CREATURE COMFORT. People want to know you care about them, that you’re not running game for a dollar. How do we get people to take action? What motivates people generally speaking? Could it be??? “It’s not what you say, but how you say it? Dale Carnegie once said, “When dealing with people, remember you are not dealing […]

As we all know ( the entire world) there is a shaking that is taking place, a pandemic. People have lost loves ones. People have lost jobs. And some may even be feeling like they are losing their minds being at home confined. But I have good news… this is a time of reset. I […]

The Thinking Processes of Sexual Predators With enhanced power, the predator reveals himself. by Stanton E. Samenow, Ph.D Behavior results from the way a person thinks. A person’s thinking processes largely define his character.  In considering how to prevent further victimization of employees in the workplace, it is essential to understand the mental makeup of the victimizer. […]