Let’s Put the “Universalist” Back in Unitarian, Shall We? 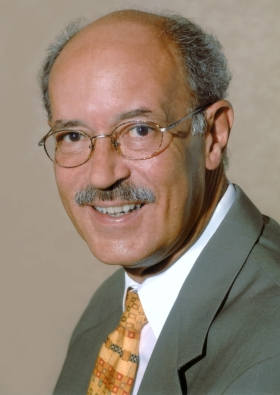 Sometimes devout believers like to mock Unitarian Universalism because it professes an all-encompassing openness to all beliefs. (They’re the people who pray, “To whom it may concern…”) But that’s the space I thrive in: faith in the power of not-knowing. Having come from a religion that has an answer to EVERYTHING up to and including the propriety of oral sex, it should have been nice to encounter a group that professes no answer to everything. That’s the U.U.s’ sweet spot. Hallelujah, or whatever.

I mean, what’s not to love about a church that’s the butt of an old Pete Seeger joke:

Q: Why did the Unitarian-Universalist cross the road?
A: To support the chicken in its search for its own path.

So what can I say? As far as I can tell after three visits, and this time on Martin Luther King, Jr. Day of all days, the downtown PDX U.U. church doesn’t quite live up to its promise. They seem to define liberalism as: abstaining from gun ownership, getting the United States out of Afghanistan and hoping that more black people will join the church. I, on the other hand, define liberalism as: “I may disagree with what you say, but I will defend to the death your right to paraphrase Voltaire.” That difference made me and my fellow pew-warmer a very small minority. On the other hand, for these smug, predominantly white people singing “Amazing Grace” like they held a fresh turd in their mouths, liberalism is just another form of fundamentalism.

Closed, self-referential and piously tautological, the service we attended was as intellectually conservative as they come. That’s too bad. Taking place on the only U.S. holiday dedicated to overcoming race divisions, it was an auspicious day to go to a liberal church, but between the self-congratulations over their membership in cash-for-guns group Cease Fire, the (African American) minister William G. Sinkford spent the balance of his sermon complaining about the dearth of dark-skinned members of the church. If the church was truly liberal, why stop there? Why aren’t they wringing their hands over their failure to attract politically conservative and Libertarian members? Why aren’t they handing out leaflets at NRA meetings, Tea Parties or army bases? THAT would be true liberalism – true **cough cough** UNIVERSALism. (For the record, I vote all the way down the Democrat ticket. So I’m not saying, I’m just saying.)

The only clear message I heard at the U.U. service was that GUNS ARE BAD. Maybe they are and maybe they aren’t – it’s not as big a deal for me as it is for my Pink Pistol-advocate girlfriend. But I certainly didn’t get up dressed up and haul my hungover ass downtown on a Sunday morning just to find out. Regardless of what I think, however, millions of Americans disagree with Sinkford about gun control – and that supposedly “Universalist” minister as much as told them they weren’t welcome here.

I’ll tell you the exact moment where he lost me: when he lowered his voice and solemnly bemoaned the sobering fact that there are 270,000,000 guns in this country. The audience audibly gasped as one in horror – and then he mentioned the number of murders that occurred in this country in 2010, conveniently omitting the fact that the homicide rate has actually been plummeting for years.

I don’t object to the their right to a worship program that conforms to a very specific world view. They are free to do that and may God — whoever she is — bless them. I do, however, strongly object to wasting a perfectly good Sunday, hoodwinked into a religious bait and switch. While promising to embrace diversity, that MLK day service delivered the exact opposite. How Dr. King could get it so right and this black minister get it so wrong astounds me.

On a side note, while the music was nice, as I scanned the faces of the mostly female-of-a-certain-age choir at church Sunday, I couldn’t help wondering how many of these women had ever experienced an orgasm. There. I said it.