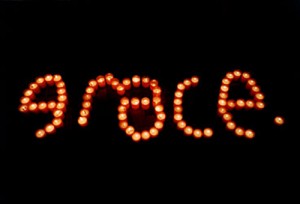 Right before Jesus was arrested and taken to the cross, He had a conversation with one of his disciples, Peter. He said, “Peter, you are going to deny me three times tonight.” But Peter loved Jesus and refused to believe it, “No way! I would never deny You. I’ll stand by You ’til the end!” Sure enough, the Bible talks about three accounts when Peter denied that he had any association with Jesus because he feared for his own life.

Do you know how Jesus responded? You would think He would start off with “I told you so!” But He didn’t. Here’s what happened…

After Jesus died and rose again, He appeared to Mary at His tomb and said to her, “I want you to go and tell everyone that I’ve risen.” Then He said, “And, go find Peter.” Now why do you think Jesus singled Peter out? He didn’t call him out to yell at him or condemn him. No, Jesus wanted Peter to know that he was still loved, valued and forgiven. Jesus didn’t hold a grudge. Instead, He extended mercy to Peter and restored him, and He extends that same mercy to us every single day!

Maybe you’ve been denied by someone. Maybe you’ve been hurt by someone. Maybe you are working through some pain right now. But remember, Jesus gave us an example of mercy. He shows us mercy so that we can show mercy to others. It’s easy to take offense. It’s easy to hold on to the hurt and pain of the past. But the best way to move forward is to give all that pain to God and show mercy and forgiveness. Start today by praying for those who have hurt you. If possible, do something nice for them. Ask God to help you learn to forgive and extend mercy to others. It’s not always easy, but it starts with a choice. You make the choice, and God makes the change in your heart.

The Bible tells us that mercy triumphs over judgment. That means when you choose to show mercy instead of judging and condemning others, you are choosing victory and staying on the winning side!

Speak and act as those who are going to be judged by the law that gives freedom, because judgment without mercy will be shown to anyone who has not been merciful. Mercy triumphs over judgment! (James 2:12-13, NIV) 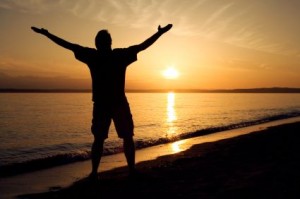 We can all look back through our family lines and see how our parents, grandparents, great-grandparents and others in our family history have affected our lives. Sometimes people see negative things that have been passed down, but the blessing of God is passed down as well. In fact, Exodus 20:6 says that He shows love […]