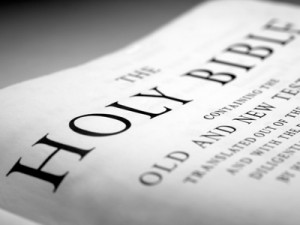 In one of our services at Lakewood, Danny Gokey, who previously sang on American Idol, told us about how his wife was born with a heart condition. They did everything they knew in the natural. They prayed that she would be healed, but during one of her surgeries, there were complications. The young lady went to be with the Lord, and Danny was devastated. He sunk into a deep depression. He thought his life was over. He couldn’t understand how that could have happened.

The scripture talks about how God has written every page of our lives in His book. He holds the future, and the good news is that your book ends in victory! Your final chapter is not you falling apart, going bankrupt, getting betrayed or living lonely. No, God’s plans for you are for good, to bring you to a flourishing finish.

When you go through a disappointment or something doesn’t work out, the key is to not get stuck on that page. If you will keep moving forward, you will come into a new chapter; a chapter of victory and restoration. Danny got stuck on that negative page for a while, but he told how one day he put his foot down and said to himself, “I refuse to let this disappointment ruin the rest of my life.” He started moving forward, and God began to open up new doors. Today, Danny has a successful career in the music industry. Not only that, he started a charity to help families that are struggling named after his wife, called Sophia’s Heart.

Today, understand that God never ends on a negative. Just because a company let you go, a spouse walked out, or a loved one died doesn’t mean it’s the end. God always has a new beginning for you here on earth. If you will shake off the bitterness and self-pity and start moving forward, then you will see God begin to open new doors and bring you new opportunities. There are amazing victories still in your future!

Well, you say, “Joel, what about Danny’s wife? She ended in defeat. She died at a young age.” No, when you go to heaven, that’s not defeat. That’s the ultimate victory. You’re going to a place where there is no sorrow, no pain, no heartache. You won’t be in heaven two seconds before you realize it’s the greatest victory of your life. And the hope that we have here on earth is that if we put our faith and trust in Jesus, we will be with those loved ones in eternity. Always remember, no matter what’s going on in your life right now, there is ultimate victory in store for your future!

So when this corruptible has put on incorruption, and this mortal has put on immortality, then shall be brought to pass the saying that is written: “Death is swallowed up in victory” (1 Corinthians 15:54, NKJV). 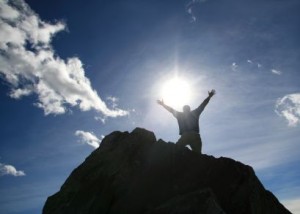