Prayers That Avail Much

Scripture tells us that the fervent prayers of the righteous avail much. Fervent prayer is heart-filled, it’s faith-filled, and it’s love-filled. I believe that a praying mother gives us a wonderful example of what it means to pray fervently.

I know a mother who was praying intensely for her son. He had gotten involved in an outlaw motorcycle gang and was way off course and constantly in and out of jail. Year after year, he continued to spiral downward, breaking his mother’s heart. She prayed. She believed. She did everything she could, but nothing seemed to be changing. He had all kinds of addictions. He got to the point where he practically lived stoned. He was never in his right mind.

One day in his early twenties, he was so depressed and so messed up in his mind that he decided to end his life. He had a big bottle of pills that he was going to take. Standing in front of a mirror he thought, “When I looked at myself in that mirror, I saw a dead man staring back at me.” Just as he was about to take the pills, he heard something say so strongly, “Don’t do it.” There was a supernatural force holding him back and keeping him from taking those pills. He didn’t really know what he was doing, but he thought, “If I’m going to kill myself, I need to go to church first.”

He got on his motorcycle and somehow ended up at Lakewood Church on a Sunday morning. He walked in there for the first time totally stoned in his leather jacket, full beard, covered in tattoos, and smelling like alcohol. The service had already started, and an usher met him at the door. Back in those days, the front rows were reserved for our Prayer Partners and volunteers. But for some reason in the middle of the service, this usher brought him all the way down to the very front row and set him right dead center. He was so stoned he didn’t understand everything that was happening, but he told how he felt a love that he had never felt before. He said, “Sitting in that service, I could feel chains breaking off of me, my mind becoming clear. All of a sudden, I felt a sense of purpose for my life.”

After the service, he walked out to his motorcycle in the old gravel parking lot. All by himself he knelt down and said, “God, I don’t know if You really want me, but that minister said You would take me just as I am, so I’m giving my life to You.”

He went back home and called his mom and said, “You’ll never believe what happened. I just went to church and gave my life to Christ.” As you can imagine, she was overwhelmed with joy to see her prayers come to pass.

That day, his addiction to drugs and alcohol was broken. He got out of the outlaw motorcycle gang and started a motorcycle ministry to help people who had been messed up like he was. It’s called Tribe of Judah Motorcycle Ministry. Our good friend, Ben Priest, has been in ministry for over 30 years and continues to go all over the world telling people what God has done for him.

Friend, no matter what’s going on in your life, no matter what’s going on in the lives of the people you love, always remember what James 5:16 says, “…the effective, fervent prayer of the righteous avails much!” Just like God answered the prayers of this mother, He wants to answer yours. Keep praying, keep hoping and keep believing because God is always faithful to His Word! 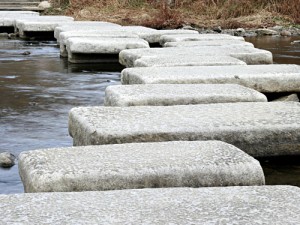