Your Mistakes Don’t Cancel Your Destiny 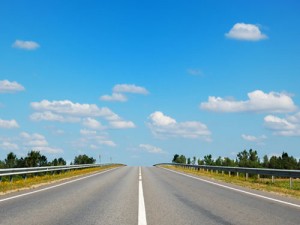 Back in Bible days, if you would have asked Jacob “Who are you?” he would have said, “I’m a cheater. I’m a deceiver. I’m a liar.” But really, that’s not who he is, that’s what he did. We’ve all done things we’re not proud of. We’ve all made mistakes and said things we didn’t mean. But because of the blood of Jesus, God isn’t holding that against us. When we repent, scripture says He takes our sin and casts it as far as the east is from the west and remembers it no more. Always remember, God looks beyond your behavior, beyond your performance, and He sees you for who you really are: a person of destiny created in His image with a purpose to fulfill.

If we are going to be all God has called us to be, we have to separate our “doing” from our “being”. If you live in guilt and condemnation, it will keep you from receiving the mercy and blessing of God. It will limit your life. That’s why it’s so important to shake off the past and say, “No, I am not what I did. I may have failed at my marriage, but I am not a failure.” “I may be struggling with alcohol, but I am not an alcoholic. I’m a child of Almighty God, and I know my destiny is bigger than my mistakes. I can do all things through Christ who gives me strength and I will overcome!”

I think about Moses. As a young man, he had a big dream in his heart. He knew God had called him to help deliver the people of Israel. He started off great. He was passionate and enthusiastic. But one day, he saw someone mistreating one of the Israelites. And in his zeal to fulfill his purpose, he went over and killed that man. He made a mistake. His heart was right, but his actions were not right.

Someone saw him, and he had to run for his life. He ended up spending forty years on the back side of the desert. He went through a detour. He missed Plan A, but the good news is that God had Plan B. God didn’t say, “Too bad, Moses. You blew it. You had your chance.” No, and He’s not saying that to you, either! If you will stay in faith, your destiny will supersede those poor choices.

Forty years later, when God was ready for someone to deliver His people, He didn’t go find a younger man. God didn’t go find someone who had never made mistakes, someone with a perfect record. He went right back to Moses and said, “Hey, Moses, I haven’t forgotten about you. That mistake didn’t cancel your destiny. I’m ready for you now. It’s your time. Go out and deliver My people.”

Today, you may have made mistakes or missed good opportunities. It looks like the dream has died or the promise will never come to pass. But God is saying, “Get ready. Just as I did for Moses, I’m about to open up a new door. I’m about to unleash My favor. That setback that was meant to destroy you is a setup for a comeback. That failure that’s clouded your future is not the end.” It’s a new day, so rise up and move forward into the victory God has prepared for you! 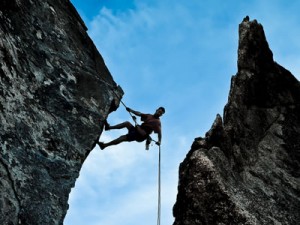