The “Tefillin Scare” on Alaska Airlines

Were the three men wrapping themselves in leather straps and mumbling in a foreign language on Alaska Airlines Flight 241, a security threat or were they Orthodox Jews preparing to pray in their tefillin, — amulets bound to the arm and head as part of traditional Jewish weekday prayer rituals? It was the latter, though the fact that the crew went into a high alert and locked down the flight deck for the duration of the flight, suggests that this is a story about security as well.

It’s not surprising that neither the crew, nor apparently anybody else, knew what was going on when the men began to put the small boxes attached with leather straps, on both their arms and foreheads. Although the ritual is rooted in the words of Deuteronomy 6:8, Bind them as a sign upon your arm, and as a symbol on your forehead, and was popular so early on that we have tefillin from the time of Jesus, it is unlikely that more than 10% of Jews currently engage in this practice with any regularity.
That being the case, it’s just not something with which lots of people are going to be familiar. That, and the fact that one does look pretty odd while wearing tefillin. I am one of the 10%, and I still know how “weird” I must look when I put them on in airports or on flights, except for those going to Israel! 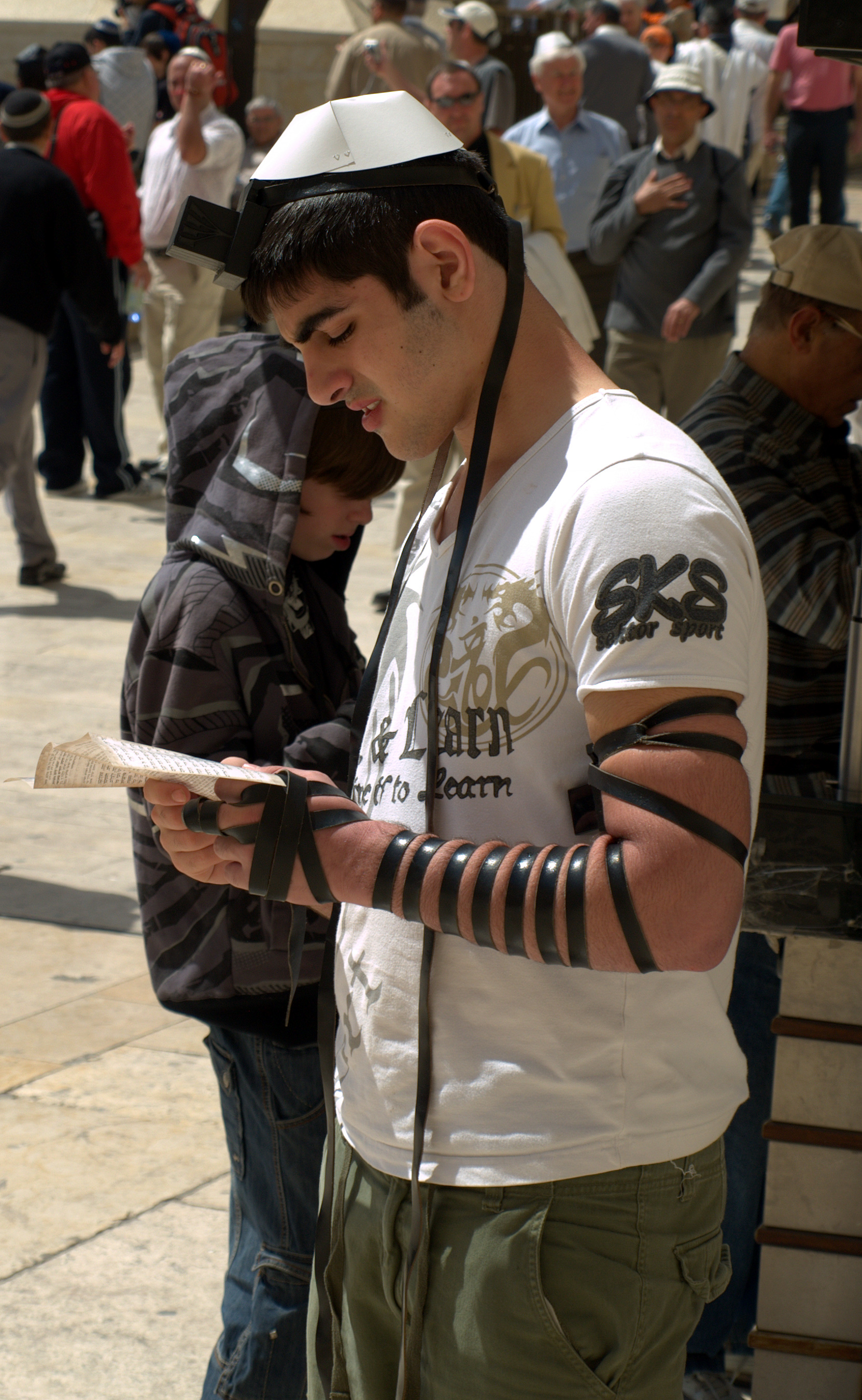 So my concern is not that people don’t understand this practice, or that they may stare when they see me, or even that the three men on Flight 241 got hassled. My concern is that such ignorance and the inconvenience associated with it, while totally acceptable among people in general, is not acceptable among those who are responsible for security on an aircraft.

The case of Alaskan Airlines 241 reminds us that while tefillin are not a security threat, ignorance is. That the entire plane went into lockdown, that law enforcement resources on the ground were used both while the flight was in the air and after it landed, and many other needless, wasteful and distracting measures were taken to combat a non-threat, is itself a weakness in our security system.
Understanding is a primary weapon in the fight against terror and potential terror threats. The absence of understanding in this case, in cases of Muslims who simply wanted to engage in their prayer rituals, and so many other cases in which airline personnel had no idea how to distinguish between a genuine threat and an unusual practice, is troubling.
I fly a great deal, more than 100 flights a year, and appreciate the importance of airline security. I also appreciate that, as the announcement reminds us at the beginning of each flight, the crew is their “primarily for our safety”. Well, if that is the case, they have a great deal to learn about what constitutes a threat and what does not. And if it’s not their responsibility to understand what they are seeing, at the very least, someone on the ground, someone at the TSA, FBI, of Homeland Security, should be able to tell them when they ask.

I don’t believe this was a case of Anti-Semitism, as I am sure some will charge. Nor do I believe it is necessarily Islamophobia when Muslims get hassled for their practices. I do believe however, that when such things happen because those charged with keeping us safe lack the basic information and understanding which could keep things calmer and safer, we have a problem – one which we need to fix.
As travelers, we must accept a variety of more exhaustive searches which are designed to keep us safe. And just as we must accept new levels of inconvenience as we travel, those charged with keeping us safe must accept responsibility for learning more and understanding more about those they keep safe, about what does and what does not constitute a threat, etc.
Security is a partnership in which each of the partners must be more understanding – we, of the complexity of the job assumed by security personnel and airline workers, and they, of the complexity and diversity of the lives of those they protect.

read next post
God Goes to the U.S. Supreme Court
archives most recent
More from Beliefnet and our partners
previous posts