When Rabbis Cheat, Who Is To Blame?

Rabbi Marc Schneier is in the news again, and it’s not a good story. The Rabbi was caught in a passionate embrace with a congregant with whom, it is alleged, he has been carrying on an affair and even gotten pregnant. 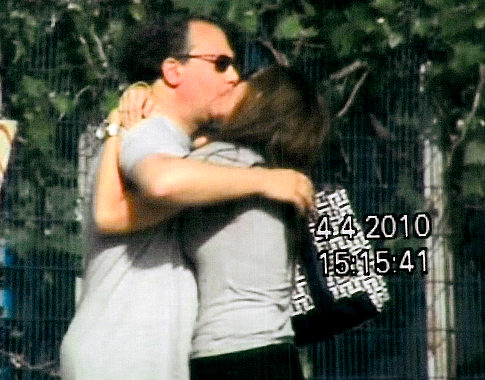 If the story is true, he is certainly to blame for betraying his wife, his own stated values, his congregants, the congregant with whom he is having the relationship, and too many others to list. But it’s also true that all those who have supported Rabbi Schneier while managing to miss what might be elegantly referred to as a complex personal history, should also be examining their own role in this saga.
It goes without saying that when a rabbi, or any other religious leader, betrays a spouse with extra-marital affairs it is particularly egregious. Nobody is perfect, and so it’s not entirely surprising that it happens, but it stings a bit more when a teacher fails to live up to their own teaching, and because it’s a story the media loves, we end up having to deal with the sting in public. But should it be, as attorney Susan Bender claims in the New York Daily News, “an embarrassment to Orthodox Jews”?

Why should an entire community be embarrassed by the bad acts of one member, even a high-profile one who happens to be a rabbi? Would Ms. Bender suggest that when an Imam does something wrong, the entire Muslim community should be embarrassed? I hope not. Yet with all that, Bender may have stumbled into a truth about the ways in which congregants abet the misbehavior of their clergy.

Like members of the Catholic Church who for far too long turned a blind eye to sexually predatory priests, and Muslims who ignored the impact of hate-mongering Imams, the members of this or any rabbi’s congregation are responsible when the simply ignore bad behavior because of the service they get from their chosen leader. While nobody is to blame for the sexual misdeeds of another, when a leader is allowed to lead despite serious moral or ethical shortfalls, it does reflect poorly on the values of those they lead.
Bottom line, it’s Elul and now is the time to be looking at ourselves at least as much as we do at anybody else. What Rabbi Schneier did with whom, is something which with which he will have to deal. How those who call him their rabbi will deal with it is something with which those people will have to deal. And how they do so, not what Schneier did, could be a source of embarrassment to the Jewish community. I guess we’ll see.

read next post
Is Generosity The Newest Status Symbol?
archives most recent
More from Beliefnet and our partners
previous posts