The Illinois Supreme Court unanimously upheld the legality of a so-called “Jewish Clause” in the will of Max Feinberg. The “Jewish Clause” disinherited any of Mr. Feinberg’s children or grandchildren who married non-Jews.
From this layman’s perspective, it seems like the court did absolutely the right thing as far as the law. By reversing a decision of a lower court which had previously decided that the “Jewish Clause” was unenforceable, they chose to keep religious matters where they belong, in the private domain of people’s individual lives. No judge should be making decisions about people’s religious preferences.

Of course, it still breaks my heart that people do this stuff to their kids. While I appreciate the pain which the decision to inter-marry caused the elder Feinberg, the legacy of hurt which his disinheriting caused is, in many ways, as Jewishsly problematic as the decision about which he was so upset. But this is America, where we protect individuals’ right to be foolish, right? Ultimately it beats the alternative of entangling civil courts in purely religious issues.
This case also highlights how one can be within the law and still a gross human being — what the Rabbis call a nahval b’reshut ha’torah.

The court did the right thing by upholding Feinberg’s right to disinherit his children and grandchildren, but in following the law, they created an opportunity for people to feel good about hurting others.
It’s not the court’s fault, but their ruling reminds us how satisfying the requirements of the law, be it classical Jewish or American civil, is not a guarantee of the highest ethical awareness or greatest human sensitivity. For those things, we sometimes need to go beyond the law. And while that cannot be demanded of anyone by an external authority, be it God or a court, it is our responsibility to demand it of ourselves. 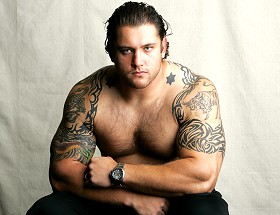 What Is Jewish Pride? Dallas Cowboys' Igor Olshansky Knows
archives most recent
More from Beliefnet and our partners
previous posts