Rumors of Mahmoud Ahmadinejad’s Jewish roots have circulated for quite some time and are surfacing once more. Interestingly, the most recent versions are more firmly rooted is specific details which point to at least the fact that his family is one with Jewish roots and perhaps that the Israel-hating, Holocaust-denying Iranian President is himself actually Jewish, at least according to Jewish law.
Details uncovered by The Daily Telegraph point to his parents’ conversion to Islam in the 50’s, and as I pointed out in a recent post, that conversion would not end their status as Jews in the eyes of halakha (Jewish law). In other words, not only might Ahmadinjad’s family have Jewish roots, he really may be Jewish! But does it really matter?

History is filled with stories of converts and crypto-Jews who spent their lives trying to prove that they were “really” no longer Jewish by tormenting Jews and making sure that people appreciated the “truly ugly nature” of Judaism. From the early centuries of the Catholic Church this was a popular trend (including Paul?), which continued through the middle ages and into the present day.
To that extent, I am really not sure that Ahmadinejad’s Jewishness is all that important. But to the extent that it might help us to better understand, and therefore avoid going to war with, Iran, it may be a very important story indeed.

Could it be that his Holocaust denial is also rooted in his need to wish away an event in which he too would have likely been murdered as a Jew? Is it possible, that for Mr. Ahmadinejad, the Holocaust represents not only the turning point in the world’s acceptance of the need for a State of Israel, but of the impossibility of his (his family’s) successful integration into Muslim society?

What is it that Mahmoud Ahmadinejad, and the Mullah’s who support him, really want? Is it global domination by their brand of Islam? Is it the trappings of full equality and national dignity which they associate with nuclear power and/or arms?
If it is the former, then Newt Gingrich was correct three years ago when he declared that we were already in the opening phases of World War III. But, if what the Iranians seek is the latter, then we may have options not yet fully explored which could avoid that war. And a better understanding of the lives of those who we find most reprehensible is a good place to begin to figure that out. 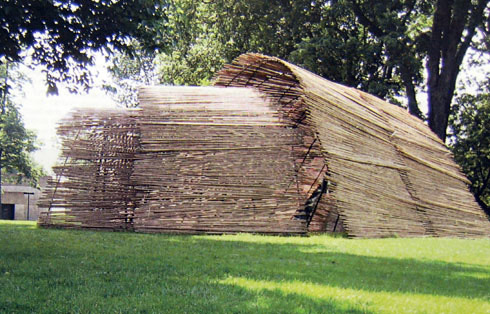 Sukkot: How to Build a Sukkah -- Ask These Architects, or Follow This Simple Plan
archives most recent
More from Beliefnet and our partners
previous posts