12 Things You Didn’t Know About Judaism

Now that Rosh Hashanah, one of the best known Jewish holidays, has arrived we have a chance to start again, to discover new things about ourselves, each other and even about ancient traditions like Judaism. While there’s a lot to learn (just think of Jews who’ve studied the Torah over the centuries), every journey starts somewhere. With that in mind, here are 12 things most people don’t know about Judaism. From sacred time to sacred sex, you may be surprised by what you learn. 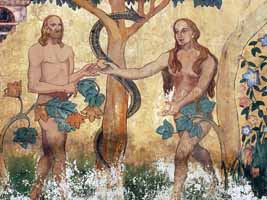 1. Judaism isn’t about being Jewish; it’s a spiritual-ethical technology for being a good person. From the very beginning, the Bible tells the story of the first humans, Adam and Eve, who were not Jewish – they were simply two people trying to make a good life in the world as they found it. That’s what Judaism is all about. 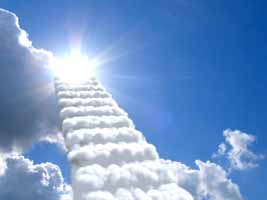 2. You don’t need to be Jewish to get into Heaven. For those people concerned about the after-life, even the most ancient and traditional understandings of Judaism embrace the notion that all those who live ethical lives, no matter what tradition they follow, will be “close to God” in the world to come. 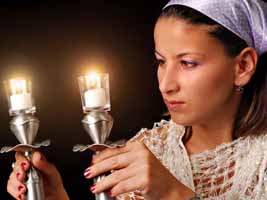 3. Being part of the Chosen People is not about being better than anyone else. While the Bible and most of subsequent Jewish tradition view the Jews as chosen, they make no claims about Jews being inherently better than other people. Judaism teaches that Jews have a mission, which is to draw close to God and be a blessing to the entire human race – to be a light to the nations. 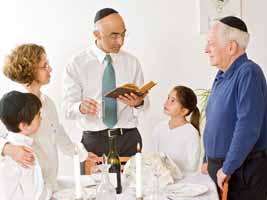 4. Once a Jew, always a Jew. Who’s a Jew? Well, if you have a Jewish parent, that may be your answer. From the time of Abraham until the time of Jesus (about 1,500 years), having a Jewish father made someone a Jew. For the next 1,900 years after that, having a Jewish mother made someone Jewish. That rule changed, for many Jews, about 20 years ago. Now depending on denomination, it’s the mother if one is Orthodox or Conservative, or either parent if one is Reform or Reconstructionist. The other way to become a Jew is through conversion. Either way, once a Jew, always a Jew. You never stop being Jewish and nobody can take your Jewishness from you, no matter how you do Jewish. 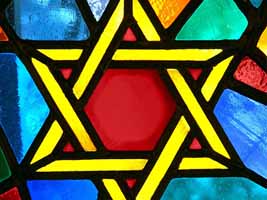 5. Conversion to Judaism is more a leap of belonging than a leap of faith. Joining the Jewish people is just that, committing one’s self to sharing the destiny of a community. Not all converts, let alone all born-Jews, agree about they believe or how they should practice, but they all share that feeling of connection to a shared destiny as Jews. 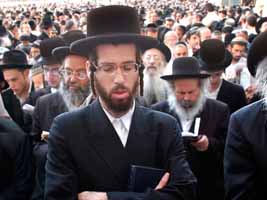 6. There is no “Jewish Pope”, no single spiritual authority for Jews. All Jews are spiritually equal. While communities may elect chief rabbis, that is what they are — the elected officials over the community which empowers them. Judaism has accepted and even celebrated degrees of diversity unknown in other monotheistic traditions, and still does. 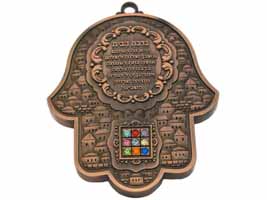 7. Kabala is not a different religion. Kabala, Hebrew for that which is received, is the mystical thread of Judaism, dating back thousands of years. Like all mystical traditions, it privileges personal experience and is therefore attractive to a wide range of people. While far more complex than special water, or red thread bracelets, it does embrace the power of ritual to directly transform one’s life. 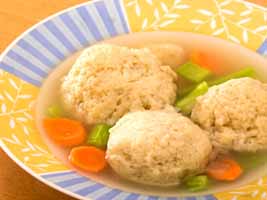 8. Kosher does not mean “blessed by a rabbi”. Like people of many faiths, Jews traditionally recite a blessing before eating, acknowledging the sacred source of all things, and the sacredness of acts such as eating. But that’s not what makes food kosher. Kosher means fit for use, according to Jewish tradition. In the case of food, it means eating according to a biblically-rooted code which asks that people eat with reverence for all life, and nurture the awareness that there is a connection between what we put in our mouths and how we act in the world. 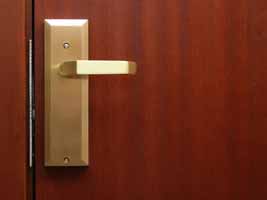 9. The hole in the sheet for sex is a myth. While there is a range of attitudes towards human sexuality in Judaism, no community advocates that people make love through a hole in a bed sheet. In fact, Judaism overwhelmingly embraces sex not only for procreation, but for pleasure. It even teaches that the optimum time for making love is on the Sabbath, and imagines that the holiness of the day and of great sex are a good match for each other. 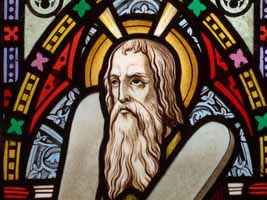 10. The idea that Jews have horns is based on a simple misreading of a Biblical verse. While this misconception has often been used by anti-Semites to link Jews to devils, its origins and use by artists like Michelangelo in his famous sculpture of Moses are far less hostile. It grows out of a poor translation of Exodus 34:30, which describes Moses as having an aura of light. The Hebrew word for the aura can be misunderstood as having horns. 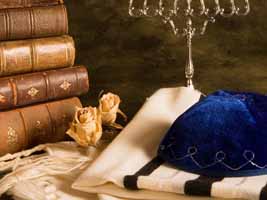 11. Chanukah both is, and is not, the Jewish Christmas. Chanukah is far more than a holiday seeking gift-giving parity with the day celebrating Jesus’ birth. It recalls an ancient fight for religious freedom and celebrates the deep spiritual light that can be found even when we least expect it. Like Christmas, Chanukah comes at the coldest and darkest time of the year, seeking to remind us that the light can be found in the most unexpected places – for Jews, in a small flask of oil which burned longer than anyone expected and for Christians, in the form of a little baby in a Bethlehem manger. 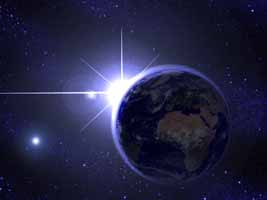 12. Rosh Hashanah is not the beginning of the Jewish year, not exactly anyway. While the Jewish ritual calendar does begin anew on Rosh Hashanah, what the day really celebrates is the birthday of the world. It’s not about things starting again for the Jews, but about the fact that we all get to start again, be Adam and Eve again. Rosh Hashanah celebrates that renewal is possible and that second chances are real.

Judaism is a living tradition. It began more than 3,000 years ago and remains a work in progress. What one fact about Judaism, or whatever faith interests you, would you share with others? That sharing helps keeps a tradition alive. Give it a shot!

Rosh Hashanah Blessings, Wishes and Prayers - And A Few Laughs Too!
archives most recent
More from Beliefnet and our partners
previous posts