Why I Officiate at Interfaith Weddings

Nearly three years ago the world witnessed a seminal moment in American Jewish history. Chelsea Clinton, the daughter of an American President and a Secretary of State, married Jewish American Marc Mezvinsky, who was clad in atallis (Jewish prayer shawl) and yamakah (traditional headcovering). A rabbi officiated along with a minister. The wedding unabashedly embraced Jewish marriage symbols, and even some of the most traditional rabbis who strongly oppose interfaith marriage acknowledged the power of Marc’s open display of Jewish ritual.

Few people outside of a small group of rabbis criticized the interfaith marriage ceremony. The American public and most of the Jewish community have overwhelmingly decided that intermarriage is not a shanda (Yiddish for a scandal or embarassment). Intermarriage is part of the fabric of American Jewish life.

Still, many rabbis resist officiating at interfaith weddings. Some see officiation as giving intermarriage a rabbinic stamp of approval. Others see it as not within their purview of responsibility. Others think it contributes to assimilation and the decline of Jewish life in America.

I see it differently. Part of my job as a rabbi is to embrace interfaith couples and help make Judaism a compelling and important part of their lives. That means being their rabbi at the most sacred moment of life. Here’s why:

Intermarriage Is Not a Rejection of Judaism

For most of Jewish history, interfaith marriage was not only rare but effectively served as an exit visa from Jewish life. Prior to 1960, the rate of intermarriage among American Jews was less than 3 percent. This rate began to climb in the late 1960s and early 1970s. This new trend reflected the evolution of American society. Through the 1960s and 1970s, many of the barriers that had impeded Jewish advancement collapsed. University quotas ended and professional positions that had once been effectively closed to Jews became open. Indeed, by the 1990s many of the Ivy League universities that once had Jewish quotas now employed Jewish presidents.

As Jews became integrated into mainstream American culture, they began to meet and marry those from other faiths and backgrounds. This new generation of Jews did not see intermarriage as a rejection of Jewish life. Rather, they exemplified Rabbi Alexander Schindler’s understanding of intermarriage as the inevitable result of American Jewish acculturation.

Should We Circle the Wagons?

Unfortunately, some responded to this new reality with a “circle the wagons” approach. Growing intermarriage, they reason, demands that synagogues and communities build stronger walls and promote greater resistance to the “dilution” of Judaism that intermarriage represents. To do anything otherwise would be to give tacit approval to a dangerous phenomenon.

On the other hand, many leaders have argued for a policy of outreach. Rather than reject the intermarried, they say, let us welcome and engage them.Significant differences exist, however, even among advocates of this more inclusive approach. These differences usually center on rabbinic officiation.

Many say that rabbis can welcome interfaith couples to Jewish life without officiating at their weddings. Such officiation, they contend, violates one’s role as a rabbi and constitutes an endorsement of something that the Reform movement officially discourages. Furthermore, performing such a marriage limits the incentive for conversion. From this point of view, conversion is the strongest indicator of Jewish commitment and increases the likelihood of raising Jewish children.

Rabbinic Officiation Makes All the Difference

I understand this point of view and appreciate the way many have come to it.My faith and my reading of the evidence, however, suggest that a different approach is more effective.

A wedding is often a peak moment of life, and it is an opportunity to imprint a wonderful Jewish memory and help a couple begin life together with Jewish guidance and support. Rabbinic participation and counseling can help a couple appreciate the beauty and significance of Jewish rituals and values. It can also help them avoid the damaging feelings of abandonment and guilt frequently experienced by those who feel isolated from their religious community. Many devoted young Jews who fall in love with and seek to marry a non-Jew experience despair when unable to stand under the huppah at their synagogue with their rabbi.

This an enormous lost opportunity. Rabbinic officiation can serve as an invitation to Jewish life. It can convey the message that we want a couple and their future family to become part of the community, create a Jewish home and raise a Jewish family. It can demonstrate the potential for Judaism to be a source of joy and meaning in an interfaith family.

‘Go and See What the People Are Doing’

Reform Judaism is the only liberal religious movement to have grown numerically over the last quarter century. Its growth has benefitted enormously from interfaith couples and their extended families. Young adults who grew up in Conservative congregations and who are now intermarrying find the most welcoming home in Reform synagogues, and they are frequently joined later by their parents. This reality has led one of the country’s most prominent Conservative rabbis (and a personal friend) to call for a rethinking of the movement’s policy.

Judaism has survived for more than 4,000 years because we evolved and adapted to our time and place. The great first century sage, Rabbi Hillel, urged leaders of his generation to Puk Hazai Mai Amma Davar – “Go and see what the people are doing.”

We should do no less. A great number of American Reform Jews are part of interfaith relationships, and few of them chose their partner in an effort to distance themselves from the Jewish community. Rather, many today are seeking a warm and welcoming rabbi and community. They are searching for a spiritual home and a place to educate their children. We can build those homes. We can exemplify the commandment of welcoming the stranger. And in so doing, we can create vibrant communities for American Jews and their families in the 21st century. 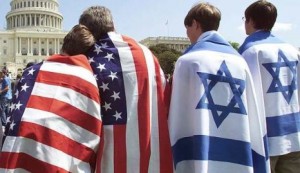