Why Israel Matters to Me 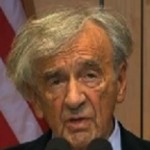 As tension rises once again in Israel, I share with you a most powerful story. It is told by Nobel Peace Prize winner and Holocaust survivor Elie Wiesel.

It begins with Wiesel describing a visit he made in to Saragossa, Spain. Saragossa was a center of Jewish life around the year 1000 C.E. When Wiesel visited, however, no Jews had lived there in over 500 years.

As Wiesel toured its magnificant cathedral, a man approached him. He started speaking to him in French and offered to be his tour guide for free. He was proud of his town. After a while they started talking. It soon came out that Wiesel was Jewish and knew how to speak Hebrew.

The man exclaimed, “I’ve never met a Jewish person but I have something I want to show you and you can tell me what it is.” The two men walked to the guide’s small apartment on the third floor of nearby building. The man took out a fragment of a yellowed parchment and asked Wiesel if it was Hebrew. It was. 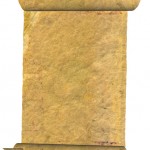 Wiesel took the parchment, and as he read it, he began to tremble. He realized that it was not only Hebrew, but the words were more than 500 years old. He started to read and translate for the man. This is what it said:

“I, Moshe Ben Avraham (Moses, the son of Abraham), forced to break all ties with my people and my faith, leave these lines to the children of my children and theirs, in order that on the day when Israel will be able to walk again, it’s head held high under the sun without fear and without remorse, they will know where their roots lie. Written at Saragossa, the 9th day of the month of Av, in the year of punishment and exile.”

The man then explained to Wiesel that this letter had been passed on in his family. It was treasured, so much so that his parents and all those before him had said if it was lost, a curse would come upon the entire family.

After hearing the words of the letter, the man realized that he was in some way connected to a Jew named named Moshe Ben Avraham. He asked Wiesel  to read it again, which he did. He then asked Wiesel to explain what it might mean.

Wiesel described the Jewish history of Spain. After several centuries of persecution and torture, Jews were forced to either convert or leave. On the ninth day of the Hebrew month of Av in year 1492, the day referenced in the letter, all Jews were expelled from Spain. His relative Moses, the son of Abraham, must have been forced to convert in order to avoid expulsion.

The guide couldn’t believe it. He had Wiesel write down the translation before he left.

A Trip to Jerusalem

Fast forward five years. Wiesel is visiting Jerusalem. He is accosted by a man on the street. The man says, “Hello! Don’t you remember me, Saragossa? Saragossa?” Wiesel hesitated. The man was speaking Hebrew, not French. He couldn’t place him.

Then the man said “I have something to show you.” He took Wiesel to his apartment. They walked up three flights of stairs. He opened the door.

There in a picture frame was the yellowed parchment. But this time the man read it to Wiesel. “From Moses Ben Avraham, to his descendents….” He had learned Hebrew. He had left Spain and moved to Israel. He had reclaimed his Jewish heritage. 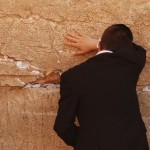 Wiesel said, “You know I’m ashamed. I didn’t recognize you.” They spoke for a while, and soon Wiesel got up to leave.

As he was leaving, the man stopped him. He said, “You forgot to ask me my name. I want you to know my name. It is Moshe Ben Avraham, Moses, son of Abraham. He is alive after 500 years.”

Israel is the place that keeps my faith alive.

By Evan Moffic, Rabbi of Congregation Solel in Highland Park.

To Read More from Rabbi Moffic, subscribe to his free weekly blog of uplifting Jewish wisdom.

Did General Petraeus Need to Resign?
archives most recent
More from Beliefnet and our partners
previous posts