Praying the Bible – The Wrestling of Lectio Divina 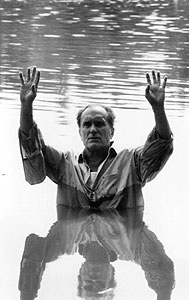 In the movie The Apostle, Robert Duvall plays Sonny, a preacher-evangelist who has made a few mistakes in his life, one of them a big mistake (murder). About one-third of the way into the movie, he’s trying to figure out why these things have happened to him and why he showed such weakness in dealing with difficult circumstances. Estranged from his wife and children, he’s staying in the attic at his mother’s house, and he’s making a lot of noise in the middle of the night. A neighbor calls to ask Sonny’s mom what all the noise is about, and she responds, “Ever since he was a little boy, sometimes he talks to the Lord and sometimes he yells at him. Tonight he just happens to be yelling.”

The image of Sonny pacing back and forth in his mother’s attic, shouting at God–and in some ways shouting at himself–is a powerful image of prayer. It caught me off guard the first time I saw it, because it seemed so irreverent, so disrespectful of God. Most of us were brought up to think that God demands our respect, and he does, but that doesn’t mean we always need to be subdued.

Have you noticed how some people talk in normal voices until the moment they begin to pray? Then they’ll suddenly lower their voices to a whisper. This is, I suppose, a way to show reverence and respect, the way you might talk to a king or a president whom you fear. Although this may be an appropriate way to approach God at times, it seems like this is the way you approach a father who’s waiting to give you a smack with a wooden spoon, not a father who’s going to hug you, wrap you in the finest cloak, and throw you a banquet.

This is why I appreciate Sonny’s prayer in the attic. He’s got nothing to hide from God, because God already knows his every thought. He’s frustrated with God, upset by the way things are going in his life, and he’s not going to hide that fact. He wants to work these things out with God, and he’s honest enough to let God have it, to get in God’s face. He knows God can handle it.

We find a biblical example of a heated exchange between God and a man in Exodus 32. It’s pure speculation to guess how it all went down between Moses and God on Mount Sinai, but the tone of the recorded conversation between the two is not exactly calm. “Stop your anger,” Moses says to God, “Think twice” (verse 12). Ultimately, God changes God’s mind as a result of Moses’ urgent pleadings: “And God did think twice. He decided not to do the evil he had threatened against his people” (verse 14). Of course, when Moses descends the mountain, he finds the Israelites partying around a golden calf, and God changes his mind back to the punishment of the evildoers.

After an unbelievable string of calamities, Job gets feisty with God, too. He’s lost everything when he finally breaks his faithful silence:

Why does God bother giving light to the miserable,
why bother keeping bitter people alive,
Those who want in the worst way to die, and can’t,
who can’t imagine anything better than death,
Who count the day of their death and burial
the happiest day of their life?
What’s the point of life when it doesn’t make sense,
when God blocks all the roads to meaning? (Job 3:20-23)

Biblical and non-biblical examples abound of praying with ardor and vehemence. In fact, our willingness to really and deeply engage God in fervent prayer may well be an indication of how seriously we take our relationship with God.