I’ve long admired Stanley Fish, and I’ve written about my reliance on his fantastic book of 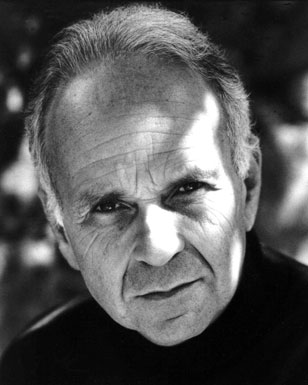 essays, Is There a Text in this Class? The Authority of Interpretive Communities. Fish is a leading postmodern literary critic and occasional commentator on politics, academia, and religion.

In his NYTimes column this week, he wrote about Terry Eagleton’s new book, Reason, Faith, and Revolution: Reflections on the God Debate. Although a left-wing (aka, Marxist) literary critic, Eagleton has recently taken his fellow Brits Christopher Hitchens and Richard Dawkins (to whom he refers as “Ditchkins”) to task for miscontruing the role of religion in modern society.

Fish appreciates Eagleton’s stance as one who, himself, has defended religion, though he has been publicly coy about his own religious beliefs. (Do you hear me Al Mohler and James Dobson (to whom I will hereafter refer as Mobson) two postmodernist literary critics defending religion!).

Eagleton likes this turn of speech, and he has recourse to it often
when making the same point: “[B]elieving that religion is a botched
attempt to explain the world . . . is like seeing ballet as a botched
attempt to run for a bus.” Running for a bus is a focused empirical act
and the steps you take are instrumental to its end. The positions one
assumes in ballet have no such end; they are after something else, and
that something doesn’t yield to the usual forms of measurement.
Religion, Eagleton is saying, is like ballet (and Chekhov); it’s after
something else.

After what? Eagleton, of course, does not tell us, except in the
most general terms: “The coming kingdom of God, a condition of justice,
fellowship, and self-fulfillment far beyond anything that might
normally be considered possible or even desirable in the more
well-heeled quarters of Oxford and Washington.” Such a condition would
not be desirable in Oxford and Washington because, according to
Eagleton, the inhabitants of those places are complacently in bondage
to the false idols of wealth, power and progress. That is, they feel
little of the tragedy and pain of the human condition, but instead
“adopt some bright-eyed superstition such as the dream of untrammeled
human progress” and put their baseless “trust in the efficacy of a spot
of social engineering here and a dose of liberal enlightenment there.”

It’s a powerful essay, and one that I recommend you read. And, indeed, it puts in words my own experience of speaking in Washington, D.C. a few times, and it points up the problem with the label “prgressive.” That term has often meant a nearly blind belief in human progress. Rarely, however, do I speak to a working pastor who is particularly entranced by the idea that we’re progressing as a species. Yes, some things are getting better. But others are not. And what the logical-positivism of Ditchkins is unable to do is put the whole burrito in perspective.

And in addition to that, I commend my new favorite blog, that of Drew Tatusko. Recently, Drew interacted with another new book exploring the sacred and secular in modern society. But beyond just bemoaning the loss of religion in the West and the decline of mainline Protestantism, Drew puts on his Presbyterian elder hat and challenges his fellow mainliners:

This places the mainline churches which persist as the heirs of the
wealth created by their forebears at the end of the 19th century to
deal with a crisis that this wealth creation has ironically reinforced.
The Tower of Babel is, as much as anything else, a tale about a people
who believed themselves to be so powerful that they no longer needed
God. As we become more affluent in our own mainline denominations, it
may be that we are deluded into thinking we no longer need God quite as
much. However, this is not what Jesus asks of us. What Jesus asks of us
is to serve the least of these and love our neighbor.

If the reality is that the mainline people do not feel the need for
God to meet their existential needs quite as much as when each day was
a trial for survival, then we are in a position to put the Body of
Christ into action to serve those who continue to struggle. Not to
commit ourselves to the plight of the poor and those who bear the basic
existential burden of survival daily, is nothing short of erecting tall steeples of our own pride and sense of material accomplishment, only to push God out of the very churches in which we gather to worship ourselves.

read next post
Who Cut Off Van Gogh's Ear?
archives most recent
More from Beliefnet and our partners
previous posts