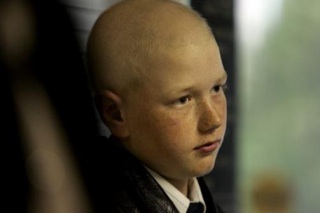 Probably the biggest religion story of the past couple weeks has been the saga of Daniel Hauser, the 13-year-old boy from northern Minnesota who is dying of Hodgkin’s Lymphoma. Yes, he’s dying, unless he gets chemo. With chemo, there’s a 90% survival rate. Without chemo, less than 10%.

After one round of chemo this Spring, Hauser refused to go back. At some point he and his mother — and possibly other members of his family — “converted” to Nemenhah, an online Native American “religion” that advotes homeopathic recipes of roots and herbs to treat illness. Daniel claimed to be a Nemenhah shaman, then it turned out that Nemenhahites (?) age 13 or older are automatically shamans. The Hausers are in no sense Indian.

When Daniel refused chemo, his doctor took him to court. Daniel defended himself with a first-person statement that I’m highly doubtful that he wrote himself. When the judge ordered Daniel to resume chemo, he and his mother fled to California, seduced by a sleazy lawyer to promptly ditched them. They were then flown back by a Hollywood movie producer, and yesterday, Daniel showed up for chemo at a hospital in Minneapolis.

Lots of people have been writing about this as a freedom of religion case, and it may be.

My friend, Carla, has written about the parental privacy aspects of the situation:

Because raising children is not something we do for ourselves. We
raise children to be part of the world, to be active, involved
participants in the lives of other people. Daniel Hauser doesn’t belong
to his mother. He belongs to a family, to a community, to God.

Carla’s on to something here. It seems to me that this is a case of a naive and easily manipulated mom, and a bedraggled father, who dragged their son into a hellish public nightmare because of their conspiracy-theory mistrust of Western medicine.

This is why we live in a society, surrounded by other human beings, so that when one of us loses our way, there’s a whole posse of people around to ensure that we don’t take others down with us. Thank GOD for a sensible physician and judge for overriding in unsensible parent. 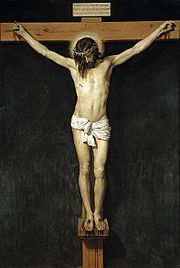