I’d been waiting for Publisher’s Weekly to file a report on the Christian Book Expo of last weekend, and now they have.  Marcia Nelson begins with this ominous lede,

Stacks of unsold books and glum publishers stood for three days inside
the cavernous Dallas Convention Center this past weekend at the
Christian Book Expo, a first-of-its-kind event designed to connect
publishers and authors directly with readers in the evangelical
Christian market. Only problem was there were few readers to connect
with, despite the show’s location in Dallas, the buckle of the Bible
Belt and a top market for Christian publishers. The show, sponsored by
the Evangelical Christian Publishers Association, attracted 1,500
consumer attendees; it had hoped for 15,000-20,000.

My experience there is reflective of Nelson’s report.  I was on a panel about the “emerging church” sponsored by Christianity Today and moderated by Mark Galli.  My fellow panelists were Scot McKnight, Kevin DeYoung, and Alex & Brett Harris. 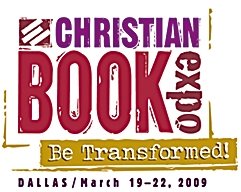 We were in a room with probably 700 chairs, and there might have been 100 people in attendance.  The discussion on our panel wasn’t all that energetic, with the only real juju coming when Scot accused Kevin and his co-author, Ted Kluck, of being “uncharitable” in their book on why they’re not emergent.  Galli interjected that McKnight was crossing a line in calling DeYoung uncharitable, but McKnight persisted, arguing that by knowingly misrepresenting their opponents, DeYoung and Kluck are, by definition, uncharitable.

I came to Scot’s defense.  After reading their anti-emergent book, I was unimpressed.  In dealing with my work, for instance, DeYoung and Kluck cherry-picked their way through my blog posts, never even citing one book I’ve written.  They ignored, for instance, that I’ve published an annotated version of A Pilgrim’s Progress, one of the most treasured books of their Calvinist tradition.  When evidence contradictory to one’s thesis is willfully ignored, this, I think, is uncharitable.

A similar thing happened yesterday, as I spoke at Houghton College.  Here is a question I got, verbatim: “How can you defend Brian McLaren when he rejects the atonement.” A Houghton theology prof, John Case, answered in my stead, with some anger in his voice: “It is outrageous when evangelicals chastise emergents over issues of “truth” while making statements that are patently and knowingly false.  I have read every book that McLaren has written, and he have never rejected the atonement.  And, further, no particular understanding of the atonment was ever affirmed by an historic church council, thus one’s view on the atonement is not a test of orthodoxy.”

Now, I suppose that I have uncharitably represented some of my theological opponents on my blog and in my books, so I am open to the charge of hypocrisy.  I plead nolo contendere.  So be it.

Back to the Expo.  After the panel, I walked around a bit with publicist extraordinaire, Kelly Hughes, and we were both a bit aghast at the emptiness of the place.  The CBE was an attempt by the Evangelical Publisher’s Association to develop a direct-to-consumers event that would bring readers and authors together (interestingly, just what Doug and I are trying to do with our company).  What doesn’t seem to make sense, however, is to ask people to pay to come to an event so that they can buy product.

To be sure, there was content being offered.  Our panel, for instance.  But the rest of the program was so clearly skewed in the direction of one version of Christianity (“How to Rapture-Proof Your Teen in 40 Days”) that I couldn’t find anything of interest for myself.

I don’t know the answer for the struggles of the publishing industry, but this wasn’t it.

That said, I have a hearty appreciate for Mark Kuyper and the ECPA.  At least they’re taking risks and trying new things.

read next post
What Is Practical Theology? Part Six
archives most recent
More from Beliefnet and our partners
previous posts