In this week’s edition of Newsweek, Richard Mouw, the president of Fuller Theological Seminary, penned an essay, “Less Shouting, More Talking,” in which he addresses the issues around Prop 8.  It’s clear that he wrote it, in part, as a response to the infamous issue of Newsweek in which both Jon Meacham and Lisa Miller wrote about same sex marriage and Christianity. 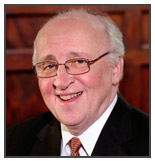 Before I say anything else, let me be clear that I am very fond of Rich Mouw.  He was the provost of Fuller when I was a student, and he has ably guided my alma mater in his presidential tenure.  I took classes from him while at Fuller, and we’ve kept in touch since.  He was even kind enough to endorse my latest book.

But I have some nits to pick with his essay.  He begins by writing of tears welling up in his eyes on election day when he saw demonstrators on either side of the issue shouting at each other.  He did not see this as a positive reflection of our democracy, but instead as something that saddened him.

His next paragraph, I must say, is the most confusing of the whole essay:

I voted for the ban. As an evangelical, I subscribe to the
“traditional” definition of a marriage, and I do not want to see the
definition changed.

What I dislike most about this is Mouw’s equation of evangelical and
defender of “traditional” marriage, for two reasons: 1) I know plenty
of self-described “evangelicals” who favor same sex marriage; to be evangelical does not preclude support of SSM.

And 2) Rich Mouw is well-versed in history, and he knows full-well that the heterosexual monogamy that we know today and that some proclaim to be “traditional marriage” is in fact relatively recent and relatively Western.  I don’t know how far back he thinks “tradition” goes, but from what I remember of the classes I took from him, it goes back a lot further than the Enlightenment.

Mouw goes on to write that he does not want to “impose my personal convictions on the broader population.”  He celebrates pluralism, he says, and he and his friends have been at the forefront of evangelical advocacy of “racial justice, gender equality, peacemaking, and care for the environment.”  Indeed, Mouw was one of the authors of the Evangelical Manifesto (a document of which I was critical).  That document tried to broaden the interests of evangelicals, pushing beyond right-wing politics and making social concerns a part of the evangelical agenda.

So Mouw and his compatriots advocated ideas that would have been anathema to their evangelical grandparents and are still anathema to the evangelicals to their right like James Dobson and Al Mohler (creation care, equality of women in the church), but they stopped short of actually progressing the evangelical agenda.  IMHO, they picked issues for which there is already a consensus among centrist evangelicals, thanks to the work of Claiborne, Wallis, McLaren, and Sider (and, no doubt, Mouw himself).

What they could have done is to work more proactively toward the inclusion of GLBT persons in the life of the church and society.  But they didn’t.  And so, Mouw writes in Newsweek, he’s being “relegated to the margins of civil dialogue” based on his opposition to SSM.

Really?  Last I checked, Prop 8 passed in California.  That puts Rich Mouw in the majority, not on the margins.  And with his vote, he did the very thing that he claimed he didn’t want to do: impose his views on the broader population.  By voting his religious convictions, he did impose his views on others, just as those who voted against Prop 8 were doing.  The only way to not impose his views would have been to not vote.

I think we can have the civil dialogue that Mouw desires, and that he has advocated in other issues among evangelicals.  The back-and-forth in the pages of Newsweek is just that: civil dialogue.  But I fear that Mouw’s vote on November 4 might seriously inhibit his own ability to gain the trust of GLBT persons and the evangelicals who favor their ability to marry.