Here’s the next in my occasional series with Mark Patrick, my spiritual director.

Tony: Mark, one of the things that you’ve said to me that
caused me a great deal of introspection came in the late summer.  I
was describing to you how angry I was getting over a 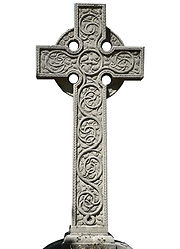 particular situation,
and then I made some comment about how my weakness seems to be anger over
depression.  Then you said, “Tony, anger is depression.”

That
surprised me because I tend to think of depression as the “noonday demon,”
and I think a lot of people agree with me.  But then I read The
Chemistry of Joy, which you recommended, and it really opened my eyes to
the different way that depression manifests itself in different
people.

Mark: Tony, I recall that
conversation.  And I recall many times in my own experience where I
found it hard to separate anger and depression as well.  A good deal
of my understanding comes from the work of Dr. Steven Stosny, a researcher
and therapist from the Maryland area.  While it’s based on current
brain research I find it completely compatible with my understanding
of the teachings of Jesus Christ.

The bottom line is that
the catalyst for both anger and depression is often the hurts we
experience at a very deep level…experiencing feelings of being
misunderstood, rejected, unimportant, powerless, and even unlovable.
Out of those feelings (and the thoughts that led to them) we can lash out
at someone else, get upset with ourselves, withdraw from others in
isolation, or try to avoid the hurts altogether with some compulsive
behaviors that only complicate our situations.
I recall a couple decades
ago many counselors would tell our clients who were depressed that they
need to get in touch with their anger!  So, several sessions later
the client was less outwardly depressed, but now more angry and often
blaming someone else for their difficulty.
Now I see both anger and
depression as two sides of the same coin.  Both are stimulated by a
lack of  compassion for ourselves and others.
And our emotional
experience also stems from other factors which include; one’s genetic
makeup, lifestyle factors such as nutrition, exercise, stress
reduction, and less tangible but just as real factors as ones
positive connections through faith, prayer, and
meditation.  All of these are made more effective with helpful candid
connections with other people.
Tony: Well, I know that you’ve had your own experiences with depression,
too, and that’s helped me so much when we’ve met.  What I’m saying is
that it’s gone beyond the clinical into the ability to share life with one
another.

I know beyond a doubt that exercise and diet affect my
tendencies toward “angry depression,” as Henry Emmons writes about.  He
breaks depression down into three types: anxiety depression, angry depression,
and slothful depression.  As I read those chapters, I knew clearly where
I fit, and I’ve tried, of late, to change my diet, sleep, and exercise
patterns as he suggests (although my back surgery has slowed down my progress
a bit).  Emmons even suggests certain types of food and herbs that will
literally affect my brain chemistry and supplement the overages or deficiences
I have in particular brain chemicals!  I found that information
fascinating.

Are you willing write a bit about our own journey through
a particular type of depression?

Mark:  As
I think back on my life I have always leaned a bit
toward depression.  I used to think of it as being the reflective
type, you know English Major and all that.   However, I had a few
factors that made me more
susceptable to depression: I believe both my
parents struggled with depression.  My father’s was complicated by
his alcohol abuse.  So, there was a genetic factor there for me.
Beyond that I had quite a conservative religious background in church,
where at that time anger and depression were both suspect.
There was high value placed on being nice and not making waves.
Asking questions was not especially
encouraged.  So, my interpretation was that I should be happy and not be
upset–or it was my own fault.
A couple years ago I finally
went to find some help for myself.  I didn’t realize that I still had
some of the stigma attached to getting help for mental health I criticised
others for having.  I thought it was fine as long as it was someone else,
but I shouldn’t need it myself.  Which I know is simply not the
case.  So, I’ve found a number of resources that are vital to
me now.  First is a more candid and deeper relationship with my
wife.  Next is actually a deeper experience of faith–a focus on
contemplative prayer.  One type of journalling for me consists
of writing prayers–simple, honest, candid, and personal…I have a stronger
sense of God’s presence than previouisly.
Along with that are the
principles you mentioned from The Chemistry of Joy book:  Better
nutrition, more exercise, some medication, and meditation.  But in all of
it is a more open attitude toward myself and allowing other people to know
me.  I’m finding a kind of connection with people I tried to provide for
others but didn’t often experience myself.  Now I’m
learning…

read next post
Who Was/Is Jesus?
archives most recent
More from Beliefnet and our partners
previous posts