Brian does the unthinkable and defends Pelagius (against Augustine)!  Watch out, Brian, the NeoReformed stormtroopers went after Scot McKnight last week, and they’ll probably come after you here!

Pelagius brought up good points that are often ignored. First, he
argued that humanity has salvation through God’s “original grace.” This
prevenient grace is God’s free gift to humanity. Second, Pelagius
sugguested that humanity has a “grace of revelation” whereby God gives
us divine guidence to follow, if we so choose to follow it. Scripture
and Christ both point the way we are to follow. Third, he affirmed that
God gives the “grace of pardon” to those who freely change their lives
and attempt to live faithfully. So we have a morally neutral human
condition that is faced with the decision of choosing between faith and
sin, good and bad.

For Pelagius, our human condition isn’t defined by original sin, yet
he still understands that our lives are impacted by sin. He says, “By
force of habit, sin attains a power akin to that of nature – sin
becomes as it were ‘second nature’.” Therefore, he takes the reality of
sin seriously. But he also thinks that we have the power and
responsibility to overcome this “force of habit” through God’s grace
and guidence. And that is where Augustine departs from Pelagius.
Augustine relinquishes human responsibility.

Pelagius wanted Christians to live according to the Gospel instead
of according to the Roman Empire. His theology demanded change. It
questioned the status quo of the increasingly institutionalized Church
in Rome. It made those in power uneasy. It made the morally lax look responsible for changing their own lives. It made people realize they
were wasting the gift of life, which God gave humanity, by choosing
sinful behaviors. It made this charge to every Christian: “You must
avoid that broad path which is worn away by the thronging multitude on
their way to their death and continue to follow the rough track of that
narrow path to eternal life which few find.”

Pelagius’ theology was a realistic description of human responsibility and God’s graciousness. It wasn’t perversely optimistic
like the Social Gospel movement and it wasn’t perversely pessimistic
like Augustine. It was a “third way” between the two extremes. Pelagius
says it well in his own words: “I did indeed say that a man can be
without sin and keep the commandments of God, if he wishes, for this
ability has been given to him by God. However, I did not say that any
man can be found who has never sinned from his infancy up to his old
age, but that, having been converted from his sins, he can be without
sin by his own efforts and God’s grace, yet not even by this means is
he incapable of change for the future.” 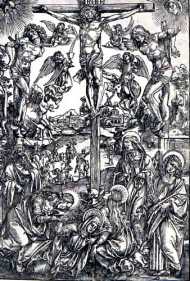