The Orthodoxy of Down Syndrome

Garret asks a good question in regards to Who Decides Orthodoxy?

Thanks for asking good questions and getting us to think. I deeply appreciate it. 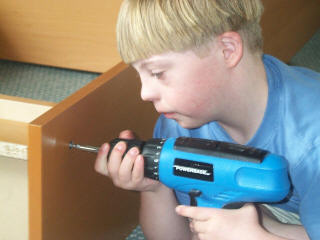 orthopraxis… and using new media mobilize
communities to common places of action. And this is being spoken on
behalf of my brother with Down’s Syndrome, who has little use for
intellectual debates on the internet, but a deep need for actions that
shape will shape his and his communities theology.

I am not meaning to diminish the importance of the intellectual
discussion of theology but I do want it to become dualistic and thus
neglect my brother. I also realize that this question is being spoken
from a certain theological perspective but one that I think is
important to this discussion as it proceeds.

I am on my way out to go to work but just wanted to add an opinion before I was out.

Since I’m probably as philosophically as theologically bent, I’ve often struggled with the more conservative conceptions of orthodoxy because they surely tend to overestimate the ability of many human beings to articulate complex theological ideas.  Jesus (“Come, follow me”) and Paul (“if you confess with your mouth, ‘Jesus is Lord,’ and believe in your heart that God raised
him from the dead, you will be saved”) both had thresholds of belief to which, I assume, most developmentally challenged persons could rise.

To the argument that we can’t “lower the bar” of belief to chose exceptions in humanity who have the misfortune of a chromosomal abnormality or a tragic brain injury, my counter is that we’re all somewhere on the intellectual spectrum. Take, for instance, intelligence quotient.  Some human beings have very high IQs, and some have very low IQS.  But most of us fall somewhere in the middle.

Definitions of orthodoxy, or “Christian belief,” it seems to me, should be attainable by every — or nearly every — human being, not just those of us within the two standard 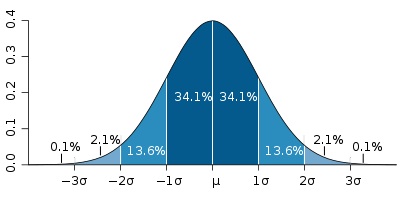 Some might want to draw the line for the requirements of orthodoxy somewhere within the range of more cognitive function, but because I fiercely believe that developmentally challenged persons are fully human, I draw the line at a place where those persons are included.