The Pragmatics of Belief in Hell (Keith DeRose)

I’m Keith DeRose. I’m a philosopher who blogs a bit on the side.
Rather than giving any more introduction to myself here, I’ll just send
those who are interested in reading about me to my web page, where I have a good deal of information posted, including links to some of my previous blog posts.

Tony thought it would be interesting for me to post some of my thoughts
about the pragmatics of believing in what we might as well call
traditional Christian doctrines of hell, so that’s what I’ll be doing
in the next few days. I should say right upfront that I have little
idea of what Tony thinks about such matters, or even whether he has
very specific views here. I’ll just be speaking for myself here.

By the “pragmatics” of the belief, I mean the effects of holding the
belief — what holding such a belief can do to and through the one who
holds it.  So I don’t foresee myself discussing whether such a belief
is true, or discussing Scriptural grounds for and against such a
doctrine in this series of posts. I’ve engaged in such discussions in
the past, and no doubt will again in the future. And I suspect I’ll
have occasion in this series of posts to refer to some of my past
engagements in the debate over the truth of such doctrines, as
background for the current discussion, which, again, will be about the
pragmatics of the belief.

Why even bother with the pragmatics of hell? I’ll take that up in a
subsequent post.  (Sorry for the teaser.) But to hopefully forestall
certain misguided comments: My current focus on the pragmatics of the
belief is not due to any general neglect on my part of the issue of the
truth of such a doctrine and the Scriptural case for and against it.
In fact, I’ve engaged in scriptural investigaions/discussions/debates
of such issues quite extensively in the past, and this will be one of
very few times that I’ve ever gotten around to writing anything about
the pragmatics of the issue. It’s just that this seems to be the time
to finally write out some of my thoughts about the pragmatics of hell.
And, again, I hope to have some things to say about why the pragmatics
are important.

For those interested in an on-line discussion of the Scriptural case
for and against traditional doctrines of hell: I have a reference for
you.  This summer, Real Live Preacher
announced that he would be taking careful critical Scriptural look at
the traditional doctrine of hell, and asked for e-mail input from
readers concerning what the relevant texts were, especially any that
support the traditional doctrine. That was in this post,
which includes a description of what he meant by the “traditional
doctrine” — which is basically how I use that phrase, too. (I was one
of the many who wrote him, suggesting what I took to be by far the
strongest text for the support of key elements of the traditional
doctrine.) He reported the results of his study in a series of video
posts in October here, here, here, and here.
I certainly don’t endorse everything RLP had to say — in certain ways,
I think the case for the traditional doctrine can be made more
convincing than is the way he construes it. But I thought it was a
very nice study, and well worth recommending. 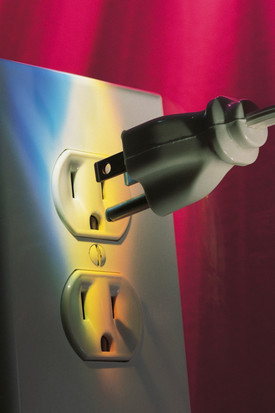