There’s a bit of an in-house dust-up here at Bnet over Steve Waldman’s extensive interview with Rick Warren (VIDEO / TRANSCRIPT). Steve’s posted on it a few times, as have others around the blogosphere.

But here in the friendly confines of Bnet, a couple of my peers are at odds over the Purpose-Driven (TM) Pastor’s comments.

Paul Raushenbush takes umbrage at Warren’s stereotype-driven dismissal of the social gospel, which Warren says, “was just Marxism in Christian clothing.”  Paul is the great-grandson of Walter Rauschenbush (they lost a “c” in one of those generations) — and Walter was one of the founders of the so-called “social gospel” — so Paul is understandably defensive at Rick’s flippant denunciation of one of the 20th century’s more signficant religious movements.

In the other corner, Scot McKnight comments on Paul’s blog, calling his post “nit-pickingly silly” and goes on to comment that “Rick Warren is not the one to pick on.”  In his own post on the subject, Scot accuses the commenters on Paul’s blog of being liberal fundamentalists, just as zealous and closed-minded as conservative fundamentalists.

For my part, I find myself in the middle.  I agree with Paul: I have Rick Warren fatigue, too.  It seems the only reason that he sat down with Steve, a true journalist, for an extended interview is that Rick’s got a new addition to the Purpose-Driven (TM) Empire that he’s hawking — a book about Christmas.  Now, far be it from me to object to an author trying to sell books, but this is a particularly big week for Rick: the book, the much-blogged-about interview, and now we hear that he will be praying the invocation at BO’s inauguration.  (This last bit, I’d like to believe, isn’t an enormous pander on BO’s part.  But I just cannot see it any other way, and I do find it a disappointing choice.)

But I also agree with Scot that Rick’s persistent work on social issues is noteworthy.  In fact, it seems clear to me that Rick’s concentration on fighting AIDS in Africa did a great deal to de-stigmatize that tyoe of work among many evangelicals.

I’ve never met Rick Warren.  Back in 2000, his secretary called me and asked for a manuscript of the book I was writing.  I don’t know how he’d heard about it; and, at that time, he’d only written The Purpose-Driven Church, which sold a mere 1% of the 35+ million he’s sold of PDL.  I never heard if he liked — or even read — my book.  But it was an odd phone call to receive.

Ultimately, I’m confounded by Rick Warren.  I get that he has a certain brilliance, writing Christianity to the masses in a way I never will (on writing PDL, he told Charlie Rose, “I tried to make it very simple. . . . If I had a twenty-seven-word sentence, I’d try to make it down to nine.”)  He’s obviously friendly and winsome — in fact, I’ve met conservative rabbis who’ve sat under his tutelage regarding church/synagogue growth who rave about him.

But some of Rick’s comments in this interview are so naive and theologically/philosophically/constitutionally unsophisticated that it worries me that he’s being given Billy Graham’s mantle as “America’s pastor.”  For instance: 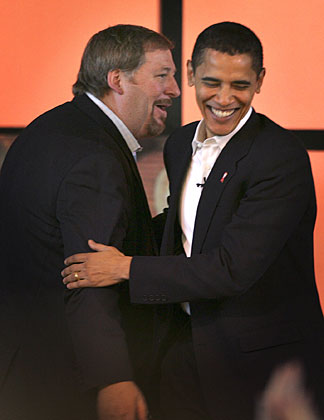 I’m sure Rick means well, but I think that Obama and McCain set a dangerous precendent by having a summit on his stage.  And I’d like to hope that “America’s Pastor” will do some theological reflection on some of these issues. 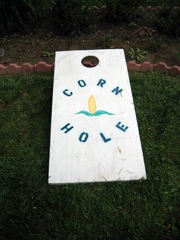