Last Saturday night, rain and general fatigue scuttled my plans to head into Manhattan, so my hosts and I went to see the film, Rachel Getting Married at the wonderfully quirky and historic Avon Theater in downtown Greenwich, Connecticut.

Several little surprises awaited me.  One was that we spontaneously met up with Chuck Royce, president of the Royce Funds and of the Royce Foundation, which owns the Theater.  In other words, Chuck purchased the old theater to save it from demolition.  Chuck also happens to be an active member of Trinity Church.  Chuck epitomized a common experience I had in Greenwich: you just wouldn’t know that these are some of the wealthiest people in the world.  We sat next to one another in the back row of the theater, and he’s the epitome of unassuming generosity.

The second surprise was that the movie was filmed in Fairfield County, Connecticut, just down the road from where we sat.  Fairfield County allegedly has the highest concentration of wealth of any county in the U.S. — in fact, the day after I left, Newsweek pondered the question, “What Are Rich People Thinking?” in a story that pondered the unlikely Obama victory in a county of richies whose taxes he will surely raise.  It’s a quirky place, pockmarked with massive mansions and old country charm, inspersed with ultra high-end retailers and, as Ian pointed out often, $125,000 cars.  It also makes for a strange backdrop for a quirky, indie film, and I would think that the setting would place this film out-of-reach for the imaginations of many Americans who just don’t understand New England.

The film itself is brilliant, if a bit long.  First, the aesthetics.  It is filmed exclusively on handheld cameras which I love, though I know that others hate it.  Even more interesting, from my POV, is that the film’s soundtrack is all in real-time, primarily supplied by a wandering group of musicians playing fiddle, oud, and hand drum — they spend most of the film on the porch of the home at which the wedding is taking place, noodling around and preparing for the nuptials.  It’s hard to know quite what to make of the Indian theme of the interracial wedding, since it’s never referenced.  It’s almost like going to see a Shakespearean play set in World War II Germany.

The story is tragi-beautiful.  Anne Hathaway, as has been noted consistently in reviews, is off-the-charts good at playing a young junkie who’s sister is getting married.  Hathaway’s Kym is the broken keystone in the arch of a family barely holding together.  The tragedy in the family’s past is unthinkable, and Kym becomes the focal point of the pain that they all carry with them.  I won’t spoil the plot, but will only note that Kym gives the singularly most painfully awkward, shift-in-your-chair uncomfortable toast ever filmed.  This cringe-inducing scene alone, including the cuts to the pained expressions on other actors’ faces, is proof of Jonathan Demme‘s filmmaking brilliance. 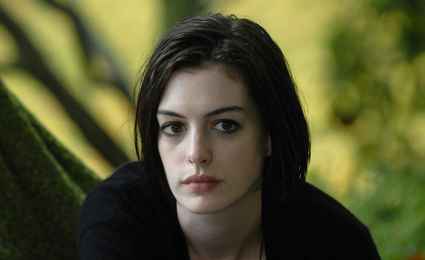 Outside of the theater, we all rolled our eyes at how close-to-home this movie felt.  Demme and the cast really captured the pain and unexpected joy of living in a family rife with grief, chemical abuse, divorce, passive aggression, and conflict avoidance.  I’m guessing more than a few seminary classes on pastoral counseling will assign this film in coming years.