Perfectly Human: Taking Off My Brave Face, by Libby Hodge

When Charlie was born…
before Charlie… because of Charlie… I could write a seemingly endless
stream of thoughts all sharing a common thread. The themes might vary, but the
main subject–my son Charlie–remains constant.

Over three years ago I had little to say on the subject of
disabilities, yet alone Down syndrome. It wasn’t until after Charlie, my second
son, was born and diagnosed with Down syndrome that I discovered just how much
I had to say.

Initially, the words were slow to form. I had to find my own
voice in a sea filled with skeptics. I know this sea of negative opinions
exists because I once swam in it. Before Charlie, I saw hardship, handicaps,
children who were “different,” a strain on life and lifestyle. It wasn’t until
my own feet were held to the fire that I realized the real challenge; my
discomfort with disability had nothing to do with Charlie and everything to do
with myself.

I found it challenging to balance my emotions, which vacillated between broken, scared and fearful, and an unconditional love for my son. My solution was to put on a brave front. I became a mother prepared to take on the world for her little boy.

In this new life I was certain anything that fell under the realm of “normal” would no longer be a part of our family. Perhaps this was because every authority figure we met early on would repeat ad nauseum a list of all the ways my son was and would be different. Yet they never mentioned he would devour blueberries, adore his big and little brothers, love to dance, have an infectious smile and the bluest of blue eyes.

Often I’m asked about Down syndrome and more specifically how it separates Charlie from my other sons. I struggle with this question because it’s hard for me to say how he compares to his brothers. It’s true that every single cell in his little body is different, yet for the most part he is no different from them.

The differences between Charlie and other “normal” children often emerge in quirky little ways and not necessarily great big ones. For instance, Charlie didn’t walk until he was two years old, which was due to the effects of Down syndrome. But I’m pretty sure that Charlie’s love of books has nothing to do with him having Down syndrome. I can’t help but catch myself wondering: how can my son be fundamentally different yet fundamentally the same?

It’s a subject I find difficult to clearly express even when it’s part of my daily life. I suppose that’s why so many new parents initially respond with feelings of fear and anxiety when they learn that their child may have Down syndrome. It also explains why so many families go on to raise a child with Down syndrome and report that their feelings turn to wonder and joy.

Somewhere along this journey I took off my brave face. I don’t know when or where, it just happened over time. I made a shift from that angry scared mother who was trying to right her upside-down world, to a mother who has not only accepted her place in life, but embraced it.

Something happened while I prepared to move mountains for my sweet boy. While I was gearing up to fight a war against my fears, this perfect little boy was working his magic. And in only three years, my precious boy has impacted the lives of more people than some could hope to reach in a lifetime.

I’ve heard many stories of family and friends who have approached life differently simply because of our tow-headed son. Striking up a conversation with the young man with Down syndrome who is bagging their groceries. Refusing prenatal testing because they are no longer fearful of the “what ifs.” Discovering the goodness and grace of Jesus, even accepting him as their Lord.

All this because of a little boy who is simply living the life that God gave him to the fullest.

Sometimes I wonder why it took Charlie to make me realize this whole world of disability even existed. Yet the moment he was placed in my arms I knew that I would do anything for him. I’ve often joked that God didn’t really need to go to such extremes to get his “lost sheep” back, but part of me thinks he did. He will go to great lengths to keep his flock together.

And while it may be hard to fully understand from the outside – from our side – it’s truly amazing all that can take place in just three years. To completely shift from the mediocre world of acceptance to the Technicolor world of true understanding, joy and a depth that can only come from fully embracing and getting “it.” In a “we wouldn’t change a darn thing and actually, yes we think we are lucky” sort of way.

I realize that I may never be able to clearly express the impact Charlie has made in this great big world. Quite possibly it isn’t important. Or necessary. But he has and continues to do so. And together, we head confidently into the days ahead.

Libby Hodge lives in the Pacific Northwest with her husband Alex and their three children, Henry, Charlie and William.  On her blog www.blessingsandglory.wordpress.com she shares the stories of her family, writing about motherhood, family, Christianity, raising a son with Down syndrome, and whatever else comes to mind. 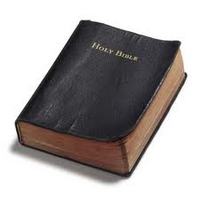 Who Decided What Goes In the Bible?
archives most recent
More from Beliefnet and our partners
previous posts