Do you believe in miracles?

A new friend
of mine recently wrote me about miracles. In her words:

I don’t understand God–and by extension, Jesus–as a
miracle worker…So, where Jesus does something miraculous (loaves and fishes,
curing the sick) I found myself discounting the miracle, almost knee-jerk, and
trying to figure out what could be going on in “real life.”

I’d like to believe in miracles, but I don’t know
how… I can’t reconcile my view of God with the God I see, in the person of
Jesus, in Luke.

What would you say? What would Jesus say to me if I
came to him as a doubter in one of the parables?

Here’s an
edited version of my response:

The reality of
miracles, and the existence of a God who is personally involved in human lives,
is hard to believe. It’s hard for us, and it was hard for the people who
encountered Jesus 2,000 years ago. One of my favorite prayers comes from Mark
9:24, when a man is asking Jesus to heal his son. The man says, “I
believe. Help my unbelief!” That prayer describes me in a nutshell.

And yet, I do
believe in miracles, for at least four reasons:

Second, from what I can tell, the early Christians and the Gospel writers actually believed the miracles happened. Context clues demonstrate that these accounts weren’t written as “tall tales.” Luke himself writes at the beginning of his gospel that he undertook to present an orderly account of all that happened (Luke 1:1-4). If we believe Luke has integrity as a writer, we have to accept that he at least intended the miracles as true stories recording events that actually happened.

Third, I believe that whether or not miracles can happen makes a difference in our experience of everyday life and in our understanding of the character of God. Some people argue that the miracle stories in the gospels are all meant as allegories: Jesus didn’t really calm a storm, but he can calm the storms inside our hearts; Jesus didn’t really feed 5,000 people with a small amount of food, but he provides spiritual nourishment to those who believe in him. The spiritual statements here are true, and yet I believe the miracles happened as a way to point us from the physical to the spiritual, and to emphasize the point that the physical matters and has an important relationship with the spiritual.

Let’s assume for a moment that Jesus did walk on water and feed 5,000 and heal the sick. What do these miracles tell us about who Jesus is and about how God works? They aren’t about self-aggrandizement and power. They aren’t about magic. They are giving us a picture of how the world is meant to be. Jesus preached about the kingdom of God and he said that he was coming to bring the kingdom of God. Becoming a follower of Jesus means, by the power of the Holy Spirit, participating in this kingdom of God that is still manifesting itself within our broken world. The miracles tell us that Jesus cares about the here and now and the physicality of our existence. They tell us that physical and spiritual are intimately linked. And they tell us that God wants the broken aspects of our physical and spiritual lives to be healed.

Finally, I believe in miracles because they still happen. They are far less prevalent in the Western world than elsewhere around the globe. I think that’s because we have a lot of technology, particularly in the realm of medicine, that has taken away the need for miracles (or perhaps we can say that the technology is miraculous?). Over here, we often don’t need a miracle to heal from illness. We just need a doctor. In many parts of the world, a miracle is needed. But I also think that our mindset of assuming that miracles can’t happen often means they don’t and/or we don’t see them happen. I have a number of friends who have spent time overseas and who can testify to answered prayer, miraculous healings, etc. I often feel very skeptical of their reports, and yet I also trust their integrity and assume that Jesus continues to work among us.

I think Jesus would say to you, “Keep seeking.” If miracles are real, then you have to be open to their reality, but it is God’s job to convince you, so to speak. It’s God’s job to give you faith. To find you. 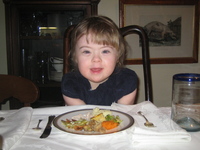