My name is George, and I am 11
years old. I’ve always wanted a brother, and prayed a lot to God for a little
brother to play with. It took awhile for that prayer to be answered. He did
give me a brother, but I didn’t expect that He would give me a brother that has
a disability…and neither did my mom or dad. My little brother John is 3 and he
has cerebral palsy.

John was tiny, and had patches
on his chest and wires to monitor his heartbeats and breathing. He was born at
3 pounds and 11 ounces. I thought he was funny because he seemed to want to
touch my nose and grab my pinky finger when I stood next to him. Later, when I
went to see him at the hospital, he had an eye mask on and was under some
blue-ish lights so he could sleep better. They said he had jaundice.

When John came home five weeks
later, I couldn’t play with him as I imagined I would. He was hooked up to a
monitor that checked his heartbeats and breathing. He mostly just slept, ate,
cried and spit up a lot. The spit up was actually something called reflux which
lasted over one year after he was born. It was messy. He even had to go back to
the hospital for nearly a week again because of it. John also had some fluid on
his brain which was called hydrocephalus. My parents had to take John to a lot
of doctor appointments. Sometimes I would go with my brother, too.

Lots of people call John
determined and motivated. He wants to do so many things that I can do, but he
can’t yet. He also likes to go upside down and get spun around, and likes to go
fast. John likes to play with cars, trucks, boats, trains and airplanes. He
really likes airplanes, and could point them out by looking at them way high in
the sky when he was very little. When the doctors would ask my mom and dad if
John had any vision problems, my mom would always mention this. My mom says
that I am a big influence on my little brother because he likes to copy
everything I do. If I say something, he will try to say it too. If I go to
hockey practice, he wants to come too. If I am eating macaroni and cheese (my
favorite meal), he wants to have it too. If I get silly, he wants more! We play
‘uh-oh’ together. When I do something really silly, he says ‘uh-oh’ and we
laugh. Then, he says ‘more’!

This year, John started school
for the very first time. He goes to a special preschool for kids with
disabilities. He has lots of therapy every day, at home and at school. He has
an occupational therapist, physical therapists, and speech therapists. The
occupational therapist helps John with things like holding a spoon so he can
learn to feed himself, or using his right hand as a helping hand – which he
does not like to do. The physical therapists help John to stretch his muscles,
and work on helping John to walk, stand and sit. The speech therapists help
John to use his voice and ‘talker’, which looks like a computer, to speak. He
can say a lot more words since he began school.

John cannot walk on his own
yet, but mom and dad put him in a gait trainer which helps hold him up so that
he can stand or move his legs to walk for exercise. He has a special bike, too,
which helps him to pedal. We take him places where he can walk longer
distances, like the mall, library, or even a toy store.  We like walking to the toy store! When
he is tired, he just won’t go anymore and mom or dad will put him back in his
wheelchair or carry him. People sometimes stare at him in his gait trainer
because it looks strange. Sometimes, people will ask “What’s wrong with him” or
“What happened to him”?  People are
just interested in him and his disability. Sometimes people will ask if they
can help us, too.

Everyone says that John has a
great smile. Most people think he’s cute, too. I love my brother, but sometimes
he does make me mad – like when he gets to watch his favorite tv show, or when
he gets a lot of my mom and dad’s attention. My mom took me to a playgroup
where other kids had brother and sisters with disabilities. This helped me to
feel less frustrated, and it was lots of fun.

I have prayed a lot to God that
he would heal John. I know He can. I really want him to walk and talk. I know
God hears me because He gave us John. I am waiting to see what God will do
next.

When John grows up, I think he
will be a pilot.

George Ferguson is now a 7th grader and Boy Scout
who likes to draw, build things with his Legos, and play ice hockey.

**For an explanation of the title “Perfectly Human,” and to read the first entry in this series, click here. 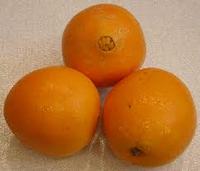 Is it Selfish to Follow God?
archives most recent
More from Beliefnet and our partners
previous posts