What I’m Reading: Articles on the US Prison System, Summer Vacation, Gun Control, and Disability

I had a lovely trip to Atlanta last weekend, giving me lots of time to read. Some of the highlights included:

The cover article of The Economist: Why America Locks Up Too Many People. This article gives an overview of the ever-growing US prison population and argues for the injustice of the system, both to the inmates and to the larger culture due to the cost of keeping so many people in prison for so long.

TIME’s cover article also caught my attention: The Case Against Summer Vacation. Little did I know the impact of summer vacation on low-income students: “while students made similar progress during the school year, regardless of economic status, the better-off kids held steady or continued to make progress during the summer–but disadvantaged students fell back… By ninth grade, summer learning loss could be blamed for roughly two-thirds of the achievement gap separating income groups.”
I was going to refer you to Harper’s “Happiness is a Worn Gun,” which details the laws about carrying a concealed weapon and the rationale for doing so, but Harper’s makes you pay for content. Click here if you’re interested anyway.
Finally, this week marked the twentieth anniversary of the Americans with Disabilities Act. I missed most of the reports about the anniversary, but I was interested in NPR’s story about the impact of the ADA upon architecture, and in Ellen Painter Dollar’s reflection on her.meneutics about whether or not people with physical disabilities should bear children: Parenting Imperfecta.
Happy reading! 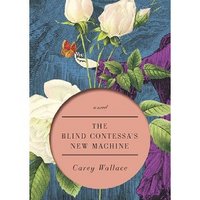 What I'm Reading: The Blind Contessa's New Machine by Carey Wallace
archives most recent
More from Beliefnet and our partners
previous posts