Casual Comments Can Have a BIG Impact

I recall a wonderful sermon I heard some years ago, by Vic Pentz, a Presbyterian pastor who led a small congregation in Southern California. Vic was a handsome guy, with the sturdy physique of an athlete. The way he tugged and pushed at his collar and shoulder indicated that football may have been one of his sports. But today the sports tale he told was of wrestling.

When Vic was a teenager, he was overweight, not very tall, and felt terrible about his body. (I must admit, I was comforted, and even a little happy, to hear that women aren’t the only ones who have body image problems!) He suffered from low self-esteem, which affected his studies, his dating life (or lack of), and his overall level of fulfillment in life. He was not a happy camper.

One day, Vic was in the locker room changing his clothes after wrestling practice and a shower. Around the corner, hidden by a row of lockers, two of the wrestling coaches were talking. Vic couldn’t help but overhear what they were saying.

“The guys did good in practice today,” the first coach said.

“That Vic Pentz, he’s as strong as an ox!” the first coach said.

“Yeah, he sure is,” the second one replied. Then they continued their conversation about practice and upcoming wrestling matches.

In retelling this story to his congregation many years after the incident, Vic explained how that coach’s words changed his life. In an instant, his low self-regard was skyrocketed to unimagined heights, because of someone else’s faith in him. “That Vic Pentz, he’s as strong as an ox” became his new mantra. He shrugged off his self-doubts and set about making those words even truer than before. He worked out with weights; he lost weight almost effortlessly; and his self-esteem was transformed. He went on to become a wrestling champion, while maintaining superb academic grades. He took good care of his body, took care of his studies, and graduated with honors. He went on to college, then to divinity school, married, started a family, and became a minister.

Those two coaches never knew that Vic was in the locker room, listening to what they were saying. But their words – just ordinary words – had a huge impact on an insecure teenage boy. Their words became Vic’s prayer – they changed his life.

Chances are, your words, too, have become some else’s prayer – and you may not even know it. Words are powerful – use them wisely. 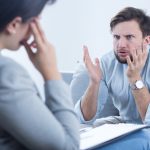 A Complaint Is ... a GIFT
archives most recent
More from Beliefnet and our partners
previous posts