What do We Expect From Marissa Mayer? 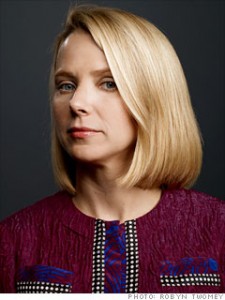 Yahoo CEO Marissa Mayer raised eyebrows when she took the helm of the faltering tech company last year. Not only was she the youngest ever female CEO of a Fortune 500 company, she was 5 months pregnant when she got the gig. Don’t worry, she assured tech watchers.  “My maternity leave will be a few weeks long and I’ll work throughout it.”

That decision to take the job and pooh-pooh her need for a maternity leave received mixed reactions ranging from support to concern that her decision might be a step backward for women with less power and resources. CNNMoney writer Katherine Reynolds Lewis encapsulated the discourse with a simple question: Marissa Mayer’s Brief Maternity Leave: Progress or Workaholism?

Last Friday, Mayer made another decision that has tech newsies buzzing. According to a memo leaked by company employees, effective, June 2013, all Yahoo employees who work remotely will either report to an office or quit.

“Speed and quality are often sacrificed when we work from home,” reads the memo to employees from HR head Jackie Reses that was reprinted on allthingsd.com. “We need to be one Yahoo!, and that starts with physically being together.”

But is that true in a world with Skype and Google hangouts and…well…Yahoo!?

“I had hope for Marissa Mayer. I’d thought that while she was breaking some barriers — becoming the youngest woman CEO to run a Fortune 500 company, and certainly the first to do it while pregnant — she might take on the challenge of breaking a number of others. That she’d use her platform and her power to make Yahoo! an example of a modern family-friendly workplace. That she would embrace the thinking that new tools and technology deserve an equally new approach to where and how employees are allowed to work.”

But is that Marissa’s mandate? Does being young and female and pregnant when she took the CEO position mean that we should expect her to make “family-friendly” decisions for Yahoo? Or is expecting her to do so a sneaky sort of reverse-sexism?

Asked another way, what do/should expect from high-profile working mothers like Marissa Mayer? 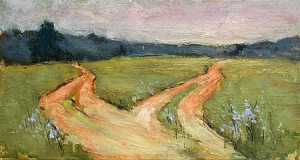 This is Sheryl Sandberg, COO of Facebook. She wrote a book called Lean In: Women, Work and the Will to Lead that hits stores tomorrow. In conjunction with the book, Sandberg is kicking off a movement that involves women coming together into 8-10 person “Lean In Circles” to encourage one another as they pursue leadership […]

I sat for about two hours yesterday with a student who asked me to help her figure out what to do next with her life. She is a senior, graduating in may with a near 4.0 cumulative average. She’s a hard worker with 3 or 4 internships at impressive companies under her belt. I was […]

Behind the Mask: Is There a True Self?

This poem has been haunting me lately… No one lives his life. Disguised since childhood, haphazardly assembled from voices and fears and little pleasures, we come of age as masks. Our true face never speaks. Somewhere there must be storehouses where all these lives are laid away like suits of armor or old carriages or […]