I’ve made a few resolutions for this year. Most of them are pretty ordinary: get more sleep, eat better, watch less television, learn to bake cinnamon rolls. Some of them are little more ambitious. One – my resolution to fully and actively embrace my desire to find, or at least better understand, faith – I’ve already written about, and am trying to document in this space, the better to keep myself honest about that quest and to force myself (because, yes, even the most noble of resolutions sometimes needs a little whipcracking) to keep it up.

There’s another resolution, too, that I’ve alluded to but haven’t really fully discussed. I’ve mentioned that I want to run a half-marathon. What I haven’t explained is why.

My nephew Tanner is dying of Duchenne’s Muscular Dystrophy. That’s a long story, one that you can catch up on by checking out the Tanner category on this blog or searching ‘Tanner’ over at Her Bad Mother. It suffices to say that his is a great struggle, and that the strain of that struggle is felt by all who love him, and that only balm for the ache that comes from that strain is love and hope. My sister sustains hope by running – she runs marathons, always in Tanner’s name, to raise awareness and funds for research – and I have always wished that I could join her, that I could run by her side. But since Tanner’s diagnosis five years ago I have always either been pregnant or recovering from pregnancy and the best I could ever manage was the odd walkathon, which always just seemed so insufficient.

But I’ve now been unpregnant for a year and a half and won’t be getting pregnant again and I feel the need to move. And Tanner is declining ever more rapidly and can no longer move on his own and if I’m ever going to do something for him that I can share with him, I have to do it now. So I’m running. I’m going to run and run and run and hope that by next year I can run a marathon with my sister, for Tanner, with Tanner. But every journey begins with a single step, and I’m only going to get to running a marathon by running shorter distances first. So I’m going to, this year, train and run whatever not-quite-marathons I can. Rack up the miles. I figure, maybe I can run 100 miles in total, measured in 5ks and 10ks and half-marathons and hill-climbs and whatever other race-type events I can find that will let in a neophyte like me. And maybe in running those 100 miles, I can raise money and awareness and such, but most importantly, raise my spirit, and my sister’s, and Tanner’s, Tanner who so deserves to have his spirit raised, and celebrated.

The first miles (the first formal miles; I’m not counting training miles) that I’m going to run this year are going to be special: they’re going to be at DisneyWorld, a place that Tanner loves, and I’m going to run them in a tiara, in a half-marathon Tiarathon. It’s perfect, because it’s a reminder that I want to run for happy reasons, not sad ones, that I want my running to be celebration, and not a miserable slog. My running for Tanner is going to be about sparkle and glitter and tiaras and fairy wings and magic, because that’s what I want for him in what’s left of his life: sparkles and magic. GM Canada is supporting us by turning this run into another road-trip adventure: my partner-in-awesome Katie and I and our kids will drive all the way to Orlando, tiara-clad, so that we can really make a thing of this.

And make a thing of it I will. The Tiarathon is only 13 miles out of the 100 that I want to run, but it’s a wonderful, sparkletastic start, and I will make a thing of it, and every single mile that I run after.

1) Grab a button. Spread the word. Help me raise awareness of and money for Muscular Dystrophy by simply talking it up.

2) Run with me. I’d love for you to run with me. The more, the happier, the sparklier, the awesomer. We can support each virtually and maybe meet up at running events across North Amercia and log as many miles for Tanner as we possibly can. Just grab a button and leave a comment below so I know that you’re with me. Then put on your running shoes and let’s go.

Our legs are made of muscle. So are our hearts. Let’s use them. 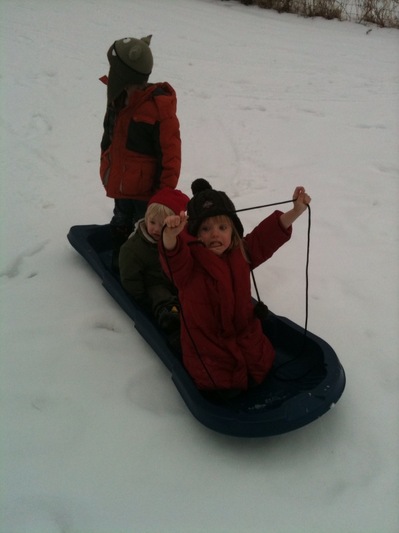