To Sleep, Perchance To Get Kicked In The Head

Jasper goes to bed sometime between 7:30 and 8pm; Emilia, shortly thereafter. Depending upon work schedules, the extent of laundry build-up and what’s on television any given night, my husband and I get to bed anywhere between 10pm and midnight. Which gives us anywhere between two hours and zero minutes of sleep before Jasper wakes up.

If we’re lucky, he can be settled and will go back to sleep for a few hours. IF we’re lucky. If we’re not lucky, he’ll either settle briefly and then wake up again, or he won’t settle at all. Either way, he invariably ends up in bed with us, clinging to my hair and kicking Kyle in the neck for most of the night. Which might be manageable, were it not for the fact that Emilia now also invariably wakes up in the night and wants to sleep with us, too. So by 3am on any given morning, our sleeping configuration involves one squirmy, hair-grabbing toddler, one jimmy-legged four year old, two crabby Siamese cats, my husband and me. It’s a king bed, but still.

It is not conducive to sleep.

And we’re at a loss. Jasper’s going through some growth and development spurts, and the constant explosion of baby teeth can’t be helping, but still: will this ever stop? And if it does, will Emilia ever return to sleeping in her own bed the whole night through. And how the hell can we get those cats to stop squawking every time they’re shoved off of the pillows?

An idea we’re toying with: we think that Jasper might be ready for a big-boy toddler bed, and Emilia has been asking for a bunk bed, so… do we move him in with her? Let her have her bunk, with little brother tucked and fenced into the berth below? Will the shared accommodations help her with her reluctance to stay alone in her room? And will moving from crib to real bed (where he’ll have more room to toss about without banging his head) help Jasper sleep for longer stretches at night? Or will such a move just make everything worse?

I can’t take worse. That said, I don’t see how things could possibly get any worse. Which means that it can’t hurt to try.

So, we’ll try. Are we crazy? Tell me we’re not crazy. NEED HOPE. 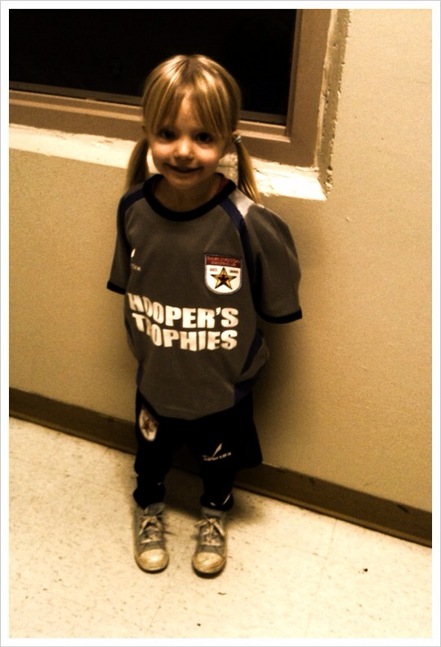 And Then, Hell Froze Over
archives most recent
More from Beliefnet and our partners
previous posts